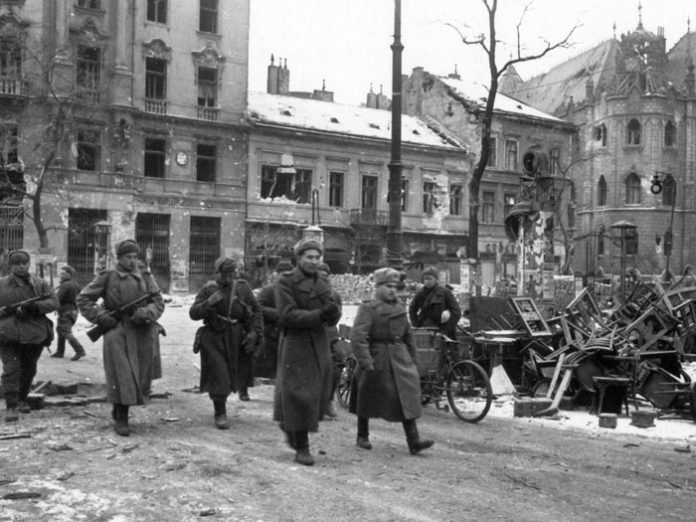 My grandmother, Chaya Adler, a”h, passed away a year ago, on 20 Teves 5779. Her death left a void that was bigger than the usual gaping hole that is left after one’s last living grandparent leaves this world. Having lived through the Holocaust, she represented my connection to the generation of survivors, even though hers wasn’t your typical survivor’s story. It was a tale of strength, perseverance, bravery and a massive undertaking of responsibility.

They say that if you happen upon a horrific scene of destruction and want to identify the heroes, look for those who are helping. You will inevitably find good people offering their aid and assistance. My grandmother, together with my grandfather, Yishai Adler, z”l, worked tirelessly during those years to save as many Jews as they could from being discovered by the Nazis. They risked their lives and served numerous jail sentences for their efforts to save their brothers and sisters.

My grandfather, who was an orphan and still single at the time, moved from Czechoslovakia to Budapest after the Nazis invaded Czechoslovakia. Budapest was a cosmopolitan metropolis, a city that had the eyes of the world upon it because of its elegance and sophistication. The Jews who lived there felt safer, and to a certain extent they remained under the radar. For that reason, many Jews who were able to move there from other countries did so. Of course, Budapest wasn’t immune to anti-Semitism, and there were still humiliating anti-Jewish laws in place. Many people lost their jobs and lived in fear of persecution.
Shortly after arriving in Budapest, my grandfather was able to procure false papers, which he used to hide his Jewish identity throughout the war years. He obtained them miraculously one frigid night while exploring the neighborhood. Entering a tavern to warm up from the bitter cold, he overheard an altercation at the bar. The tavern owner was demanding payment from a customer who had racked up an enormous bill. Unable to pay him, the tavern owner was threatening his life. At that moment the customer noticed my grandfather, a new face in the bar, and walked over to ask him for a loan. My grandfather replied, “I don’t even know you. Why should I lend you money?” But the poor man was desperate, so he offered to give my grandfather his identity papers as security that he would return the money the following night.

In those years, everyone walked around with ID papers, since the police were liable to stop anyone at any time. This man’s name was Gabor. My grandfather took the papers and held onto them. He understood that Hashem had sent him these papers so he could survive. He also realized that false papers could save other Jews’ lives as well. Once he had settled comfortably in Budapest, he and a group of several other people banded together to create and distribute counterfeit ID papers to Jewish refugees.

The first thing they needed was blank ID forms.

One of the Jews befriended by my grandfather was a Mr. Fisher from Bratislava, who was a printer by trade. After examining all of the documents my grandfather had received from Gabor—birth certificate, baptismal papers, etc.—he knew that he would be able to forge the seals; all he needed was the empty forms. So they formulated a plan that became the first step in their process. My grandfather and his small group of men went to various printers around the city and asked them for all of the necessary documents. For example, they got the blank birth certificates from one printer and blank baptismal papers from another. They told the shopkeepers that they were representatives of the archdiocese, and that the archbishop needed a supply of blank forms. The Church was unaware of any suspicious activity, and the printer was happy to make a sale. Once they had the blank forms, they typed in the dates of birth, names and whatever other personal information was necessary to complete them and forged the seal.

Up Against the Establishment // Candidate for Surrogate’s Court Judge Elena...