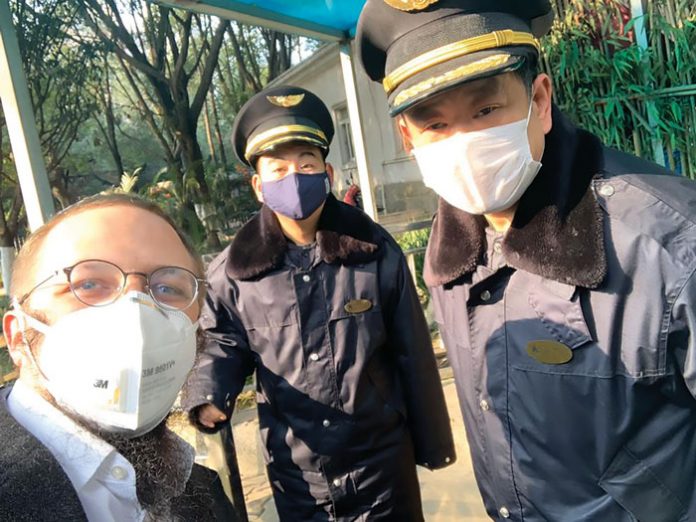 In the wake of the deadly coronavirus that has claimed the lives of over 300 people in China, and infected over 18,000 people, mainly in China, but also in other parts of Asia and around the world, Ami caught up with Rabbi Dovi Henig, the shliach of Chabad in Chengdu, China, the closest city with an established Chabad House to Wuhan, where the virus first emerged. After the initial outbreak of the virus, photos of Rabbi Henig and his wife and four children, ages one through seven, walking through the streets of their city with masks on their faces, circulated.

“We have over 250 people in our community,” said Rabbi Henig. “All of them have left China except for 12 people who decided not to leave because they are pet owners and didn’t want to leave their animals behind. In the beginning I said we weren’t going to leave, because we wanted to be there for our community, and when I said it, I really meant it.

“But then the community started to trickle out. We are the closest city to Wuhan, and eventually flights to and from China started getting canceled. Currently the only flights leaving or entering China are from Bangkok and Cambodia. I have young children, and I realized that we didn’t want to get stuck there. Things started getting more and more alarming, so I asked a rav and we were told to evacuate. We left two days ago.

“Our flight consisted mainly of foreigners. The Chinese people are very proud, and they are mostly staying put. Our Chabad House is still open, and our employees are there at all times, but we had to close our restaurant because we are not there to supervise it.

“We did manage to send boxes of frozen meat, tuna and wine to those who are staying behind, prior to our departure. We also fundraised for masks, of which there is currently a shortage in China, and managed to get about 2,000 masks, which will be distributed to the Jews who have stayed behind as well as to the local Chinese people. We are trying to do whatever we can to help from afar.

“The Chinese government has been doing an amazing job to stop the spread of the virus, and I’m not saying this because I want to be nice; I’m saying it because it’s the truth. Chengdu is a city of 17 million people, and is a one-hour flight from Wuhan, which is currently the epicenter of the virus outbreak. Doctors have been going around to every home in the city, every single day, to check every single person for fever and other signs of the virus. Imagine doing that in a city of 17 million!” he said. 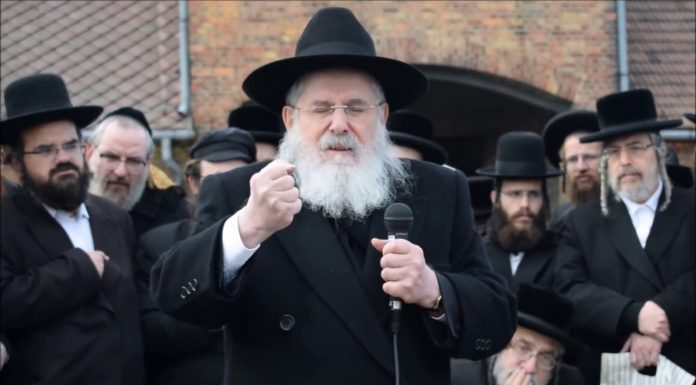