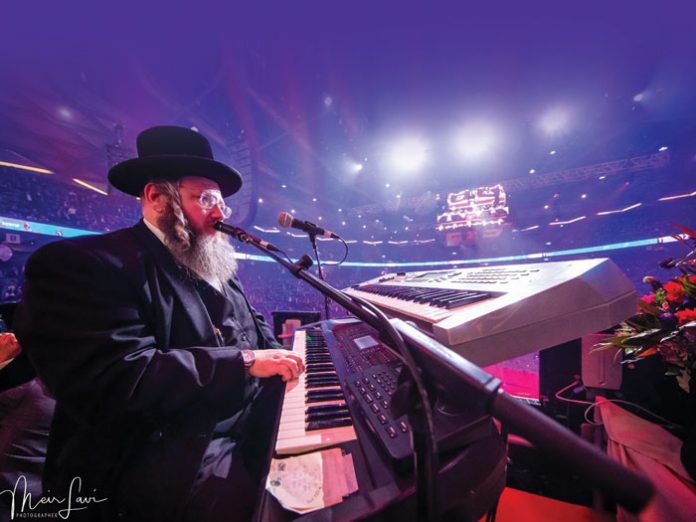 I’ve been a singer, songwriter and keyboardist for over 20 years. As one of the first chasidic keyboardists in the world, I have had the privilege of playing at many events and in the presence of almost all of the great Admorim and roshei yeshivah in Israel, the United States and Europe. Recently I performed at the Siyum HaShas before thousands of people. For me, music and song are not just a way to earn a living; its part of the experience of being a chasid and doing avodas Hashem.

I am known as the “Musician of the Admorim.” But if you ask me where my heart lies, where I best use the ability and talent with which Hakadosh Baruch Hu blessed me, it is not on a stage performing in front of thousands of people, or at a big wedding or major event. but rather with some friends and my keyboard, performing in a small hospital room for an audience of one, be it a child with cancer, Rachmana litzlan, or an elderly person recovering from a illness.

When this “audience” responds even with a little smile, believe me, it’s worth more than the applause of a thousand people.

For more than 20 years, some friends and I have been part of a group called Ach Samei’ach, which is co-sponsored by the Refuah V’Chaim organization, under the leadership of my Rebbe, the Admor of Vizhnitz. We have two teams of musicians who perform in hospitals, prisons, and mental institutions. We regularly visit some of the big Israeli hospitals, such as Tel Hashomer Medical Center, Ichilov in Tel Aviv, Beilinson in Petach Tikva, and Ma’ayanei Hayeshuah in Bnei Brak.

One senior physician in the oncology department at Tel Hashomer Hospital once said to me, “We can do all kinds of complicated treatments for our patients, but what musical visits do for them is something no chemotherapy can do. It’s the best medicine. It really has wonderful results.”

I believe that music has amazing hidden effects on the heart and body. It heals and uplifts the soul, and as the soul improves, it lifts the body out of the difficulties and illness it is experiencing.

There is the remarkable story of a child who became very ill and was hospitalized in the intensive care unit. He was diagnosed with a bacterial infection that caused severe inflammation of the membrane around the brain. Within hours, all of his bodily functions collapsed, and he was put on a respirator.

On the Friday right before Purim, we were asked to visit. When we arrived at the hospital, we found the family in tears. Our hearts ached for them.
The doctor was very reluctant to let us into the child’s room; he had been lying unconscious for several days.

It happened to be the boy’s birthday, so we told the doctor that we would only need three minutes to sing “Happy Birthday” and then we would leave. What happened next was unreal. After only a few minutes of playing music and singing, one of the nurses shouted excitedly: “Doctor, doctor, the boy moved his leg!” And indeed, the boy moved his leg, and then his eyes, after days of total immobility.

It was amazing to watch his situation improve each time we played for him. Baruch Hashem, he is now a respected young man who sits and learns Torah. And this is just one of many such stories

Our singing group has a close relationship with Rav Chaim Kanievsky; I often play music at his home. Once in a while, when someone comes to ask for the rav’s brachah for a sick family member, I will then be asked to go to the hospital to visit the patient. 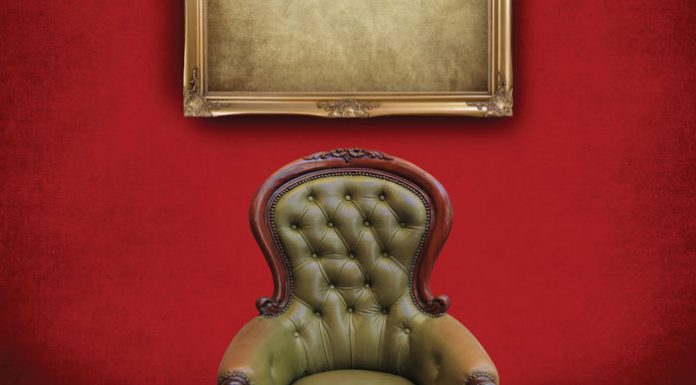 Unity Among Tragedy // A catastrophic weekend in a heartbreaking summer

Direct from Dubai // A candid conversation with Dubai billionaire Khalaf...