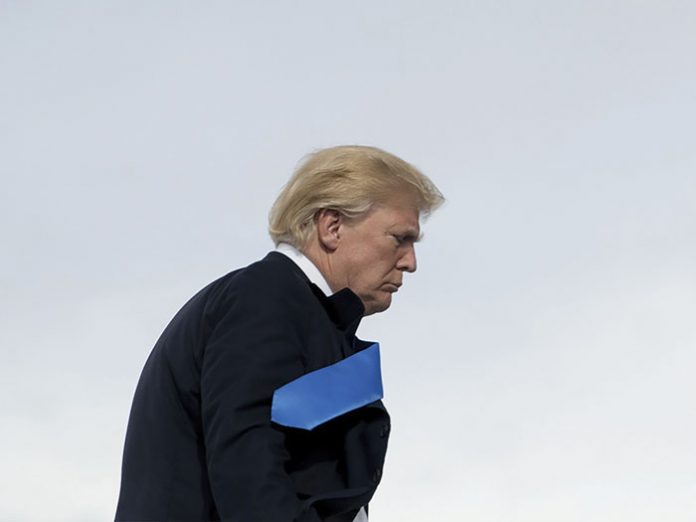 Neither Trump nor his presidency were supposed to make it all the way to the end of year 2019, claimed the experts. This just in: It’s 2020, and the experts were all wrong. Trump is still here, while his troubles now appear fainter than ever, receding in the rearview mirrors of history at faster speeds than it took the House to impeach him.

Oh, right, the impeachment. So there’s still that pesky little formality of Mitch McConnell and his Senate allies exonerating the very president whose orders they’ve admitted to be taking—orders that, we can imagine, include an impeachment exoneration, that they’ll go through the motions of voting on the moment they get the green light from Nancy Pelosi, assuming the Ukrainian oligarchs approve. (Nothing can move forward without their approval.)

But as we move forward into 2020, the year we’ve been forewarned about since as early back as 2010, I present to you ten occurrences from the past year that pretty much every single human being opportunistic enough to self-apply the label “expert” swore would be the end of the Trump era. Instead, it’s Trump’s opponents before whose eyes the worst-case scenario seems to be unfolding.

Not unlike the typical consumer of the Trump-era news cycle, I can appreciate a good #FakeNews story every now and then. But to say that it was the year in which Trump had his downfall would be the lie that broke the Pinocchio scale.

10 An Open-and-Shut Case Gets Shutdown
n The End of the World? The year 2019 started off with a bang… of heads against a wall. Trump vowed to get funding for his border wall, even if it meant breaking the record for the longest government shutdown in history. He lost the narrative and didn’t get his funding either. His one and only visit to the Press Briefing Room’s dusty podium to make the case achieved as much as could have been gained from eating a third scoop of ice cream. His photo ops along the southern border got him as far as… the fringes of MAGA Country.
n How the Experts Predicted It Would Play Out: If the shutdown itself wasn’t bad enough, the fact that Trump agreed to reopen government without achieving any of the concessions he was seeking marked him as a wounded carcass-to-be by the throngs of circling vultures. Surely now his own base would be turning on him, given that their precious wall—which Mexico clearly wasn’t funding—was off the table.
n Only It Turns Out: Some funding was acquired, and the wall is being built. Okay, so it’s not a wall, but a fence. A barrier. Slats. Call it whatever you want. And anyway, who cares if what’s being built is a new wall or not? He said he’d do it, he now says he did it, and his base says that that’s all they ever asked for. It wasn’t easy, it wasn’t pretty, but he crossed that border when he got to it.

9 Repression of a Recession
n The End of the World? That the Trump economy would yield permanent lows is not a prediction new to 2019. Every solid economic trend since even before Hillary’s concession speech was explained away by individual economists as the final batch of good news before matters take a nosedive. What were the odds that Trump’s economy would make it into 2020 intact? None, according to the experts.
n How the Experts Predicted It Would Play Out: It wasn’t until the ebbing months of 2019 that economists found themselves rushed out of the woodwork to predict that everything was about to come crashing down. Good economic news was met with “well, this is likely to be the final record before the inevitable crash,” and on the surface, these experts should have been vindicated. Because, after all, there’s nothing to set an economy in a tailspin more than a self-fulfilling prophecy egged on by the warnings of “top experts.”
n Only It Turns Out: Something went down, only it wasn’t the stock market. Something went up, only it wasn’t unemployment. Some experts, speculating that much of the economic success came about due to nothing more than Trump’s cheerleading, tried to bring about the economy’s collapse by employing similar methods. “Please, bring on the recession,” begged one liberal pundit, because the only way “you get rid of Trump is a crashing economy.” Well, the economy is now stronger than ever. As for that pundit’s ratings? Actually, it’s kinda doing okay. 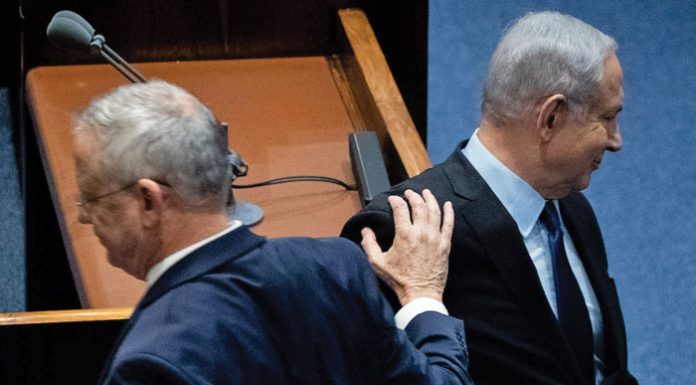 Driven Out of Teverya? Rav Dov Kook’s supporters beg him not to be swayed by the hatred of the anti-chareidi mayor

Anti-Semitism in Malmö // A rabbi and an imam work...