Nine in ten Orthodox Jews say that they support President Donald Trump, according to a poll released Wednesday by Ami Magazine. Moreover, that support appears to have risen dramatically since Election Day in 2016.

Though the numbers from different polls are not strictly comparable, Jake Turx, the White House correspondent for Ami, notes that they confirm anecdotal evidence that Trump not only won a majority of Orthodox Jews in 2016, but has worked hard to expand his support within the community by fulfilling his campaign promises. 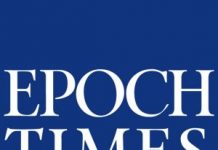