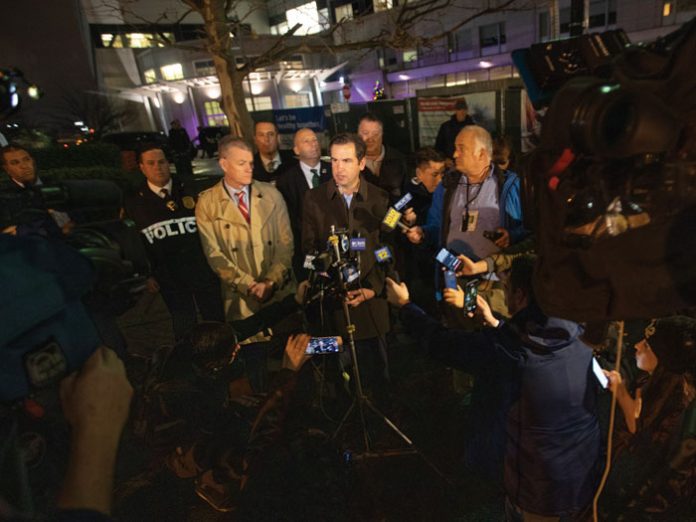 Last Thursday, when I visited Steven Michael Fulop, the 49th mayor of Jersey City, New Jersey, to discuss the anti-Semitic attack that had taken place in a kosher supermarket two days earlier, what surprised me most was not his hospitality but how open he is about his own Jewishness.

As a child, the popular mayor of this city of 265,000 residents, considered one of the nation’s most multiethnic, attended an Orthodox Jewish day school in Highland Park, and although he is not observant, he seems quite proud of his background. Perhaps his strong Jewish roots contribute to that. His father, an immigrant, owned a delicatessen in Newark where Fulop often worked, and his mother, the daughter of Holocaust survivors, had a job in an immigration services office helping others gain citizenship.

With such a diverse population, there is no doubt that it takes a lot of skill to be so well liked. A Democrat who formerly served as a councilman, Fulop assumed the office of mayor on July 1, 2013. In November 2017 he was reelected with 78% of the vote, the largest margin of any Jersey City mayor to be reelected since 1949.

Jersey City, while dwarfed by its neighbor across the Hudson, New York City, is a dynamic metropolis with a vibrant downtown. Dubbed the nation’s “Golden Door,” nestled in the shadows of Ellis Island and the Statue of Liberty, a few hundred chasidic Jews have recently made it their home as well. Seeing Orthodox Jewish women pushing baby carriages in predominantly African-American neighborhoods takes one by surprise. That they were targeted to be eliminated by anti-Semitic assassins is something that both the mayor and I struggled to comprehend during our wide-ranging conversation.

The Jewish community has been very moved by the rapid and strong response of the leadership and law enforcement agencies of Jersey City. Everyone came together in this time of crisis. How do you think the citizens of Jersey City reacted to the tragedy?
Last night we had a vigil and memorial service at Temple Beth-El, and there were people there from every single race, religion and background. We’ve always prided ourselves on being a very diverse city—one of the most diverse per capita in the country—and we feel very strongly that the anti-Semitism that was on display on Tuesday does not reflect our character by any stretch of the imagination. I think that over the next days and weeks, the city is going to rally around that point.

You concluded that the two killers were driven by rabid anti-Semitism.
Yes. While the incident was in the process of happening, no one thought of it as a hate crime because we weren’t looking at it through the lens of which store it was, or which community was involved. All we were focused on was making sure that we neutralized the actors. Over the next 12 hours, as we started to watch the videos, it became very difficult to come to any conclusion other than that it was anti-Semitism.

Explain how you arrived at that conclusion.
A couple of things were very clear. We knew that the perpetrators had posted positive comments about groups that were anti-Semitic and anti-police on social media. We knew they had heavy ammunition and guns, and that they intended to do more damage than just murder a couple of people. We knew that they had traveled methodically through the city—not racing, no urgency, just taking their time until they arrived at that location, which was the center of the growing Orthodox community. We knew that they advanced, military-style, toward the store and shot into the glass. We knew that while driving over there they bypassed numerous potential targets of different races, religions and denominations. Even on that same block, there were other potential targets that didn’t interest them. When you put all those things together, the only possible conclusion was that it was targeted anti-Semitism. 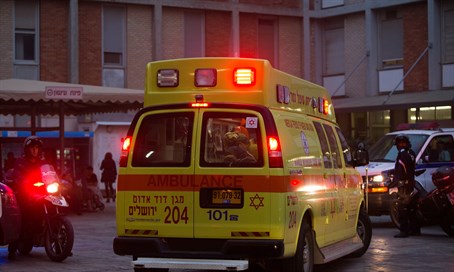