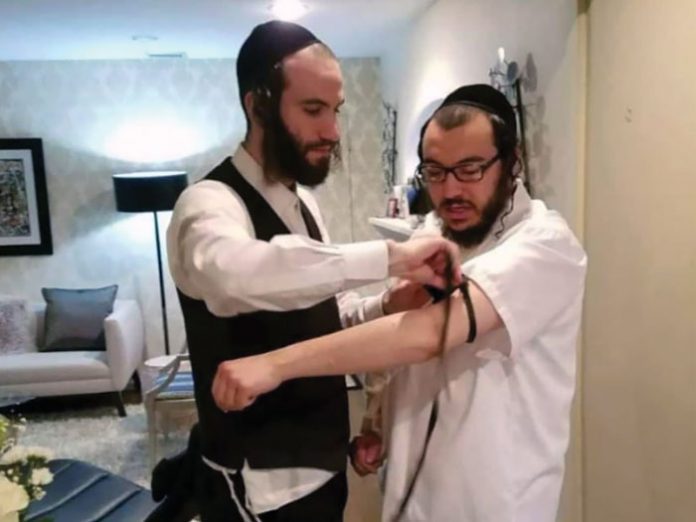 My phone buzzed on Tuesday afternoon with a request for Tehillim for my dear friend, Moshe Hersh Deutsch. Moshe Hersh was trapped in a grocery store with two mad gunmen and his life was in danger.

My first reaction was total denial. There was no way that this special, beloved neshamah, my loyal friend, would be returning his soul to its Creator today. This nightmare would soon pass, and it would be something we would dramatically relive on those long summer nights we spend together in camp. I envisioned a Friday night, staying up until 3 a.m. with bowls of popcorn and candy and a good shmooze underway, and Moshe Hersh with his signature smile. But that will never be again. Instead, Moshe Hersh was gunned down along with three other people. It’s a tragedy that has shocked the world. The messages pouring forth immediately from friends, rabbanim and anyone who knew him, and the reports from the people on the scene surrounding his petirah are, as expected, emotionally draining to read. I would like to use these precious lines to memorialize my friend and hopefully shed some light on how he exemplified what it is to be a ben Torah.

Moshe Hersh was raised in Williamsburg and learned in the Satmar mosdos. His father is an integral askan in the community of the Satmar Rebbe Rav Zalman Leib. Having grown up in a spirit of community activism and helping others, Moshe Hersh had a family legacy to live up to, and from a very young age it was clear that he was an askan in his own right. Although anyone who knew Moshe Hersh can attest to his chesed and love of a fellow Yid, his true calling to change the world around him came when he turned 21. After seeing his friends searching for their “place” after many of their friends had already gotten married, he decided to open a yeshivah for bachurim over the age of 20, Yeshiva Shvil HaTorah, under the auspices of Rav Amrom Meisels.
It began in a rented room in a beis midrash, with meals being cooked either by Mrs. Lowinger or one of the ten bachurim who first enrolled in the yeshivah. At the time of his petirah, the yeshivah had over 100 bachurim enrolled full time, with a beis midrash, a camp in Connecticut (where he was beloved by the yeshivah community in Waterbury), and a dormitory.

As one of the speakers at the levayah pointed out, although he left no children of his own, he left behind an entire generation of talmidim, one of whom, at least to some extent, I can proudly call myself.

My relationship with Moshe Hersh began almost as soon as I entered the Satmar yeshivah system at the age of 20. Let me pause and say that I was not raised in the heimishe world at all. For the first 19 years of my life, I related to chasidim through the lens of Hollywood and the occasional visit to Woodbury Commons outlet mall, never quite imagining that I would soon be joining their ranks. Clearly, this was not an easy journey, but Moshe Hersh made it so much easier. Since he was roughly a year younger than me, we frequently crossed paths in the halls of the United Talmudical Seminary. My earliest memory of him, however, was not in yeshivah, but actually out of yeshivah. It was Pesach time, right after I started in Satmar, and although I must have been an anomaly with my clean-shaven face and collegiate English, I was far from being a settled chasidishe bachur. Simply put, making friends wasn’t always easy, and I was trying to find my way. One Motzaei Shabbos, I was visiting a family on Lorimer Street in Williamsburg, and, although my memory escapes me, I believe it was very late, around 1 a.m. I was alone and walking to my car when, suddenly, I saw a familiar bachur from the yeshivah, a tall bachur wearing a flat velvet hat and an impeccably pressed bekeshe. Always a mentch, he was taking out the garbage that had accumulated over Shabbos. I went over to him and started talking, simply hoping to get a response. He looked at me, sort of skeptically, and introduced himself formally as Moshe Hersh Deutsch. He asked me a little about myself, clearly not sure what to make of my story (in his defense, I wasn’t sure what to make of it either), and we started talking. Time flew, and it was soon 2 a.m., so we wished each other a git voch and hoped to resume our conversation in yeshivah. 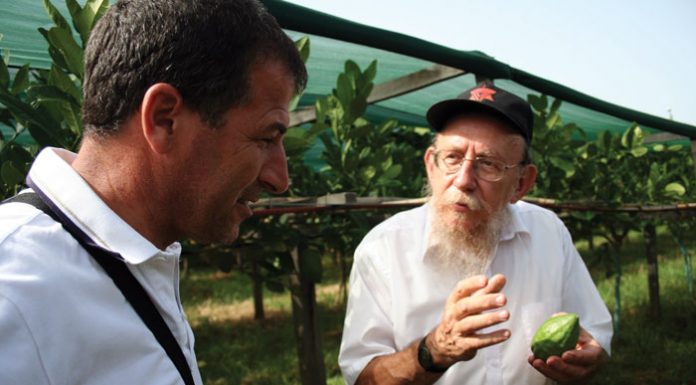 Lost to the Frost // Does a Cold Winter Mean a Yanover Esrogim Shortage?