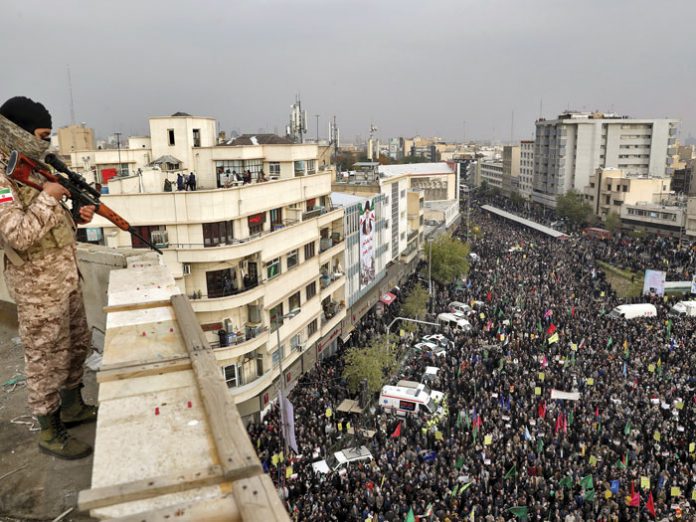 he US government has quietly constructed a series of military facilities inside the State of Israel that cost many hundreds of millions of dollars. This is a major shift in US policy. For years fundraisers for Jewish charities bragged that Israel was America’s “largest aircraft carrier.” An “unsinkable” aircraft carrier is a term sometimes used to refer to a geographical or political “island” that is used to extend the power projection of a military force. Because such an entity is capable of acting as an airbase and is a physical landmass not easily destroyed, it is, in effect, an immobile “aircraft” carrier that cannot be sunk.

But that Israel was an unsinkable carrier for the US was far from the truth.

The sad truth is that the American government did not want to offend the Arabs because they were selling us their oil. The Pentagon strenuously avoided any open show of support such as building forward military bases inside of Israel. Instead, we wasted the taxpayers’ money building bases in Arab countries that we later had to close.

There was not a single US Air Force, Navy or Marine base listed in all of Israel. The only army facility was the small unit assigned to man the radar station near Dimona.

It is not generally known that the American radar station is also an eavesdropping antenna whose intelligence product is not always shared with Israel:

“The Dimona Radar facility has two 1,300-foot radar towers designed to track ballistic missiles through space and provide ground-based missiles with the targeting data needed to intercept them. While some claim it uses AN/TPY-2 X-band radar, which can detect missiles up to 1,500 miles (2,400 kilometers) away, it is worth noting that this radar type does not typically involve a radar tower. The towers are owned and operated by the US military and provide only secondhand intelligence to Israel. The towers of the facility are the tallest towers in Israel, and the tallest used for radar in the world.”

America used to have an NSA electronic listening post on Mt. Carmel that could eavesdrop across the entire Iranian plateau into Russia. Unfortunately, a Russian Speznatz unit took advantage of the Yom Kippur War to sneak in and dismantle the NSA’s listening post in Israel. The NSA doesn’t like to talk about that much. They have since built a five-story underground facility in another part of Israel that is not close to the Syrian border. Hint: it also involves proximity to tall towers.

The Pentagon reluctantly agrees that in hindsight it was a mistake to build so many bases in the Muslim areas of the Middle East, bases that we eventually had to leave for political reasons. The Saudis threw our military out after we had saved them from Saddam Hussein. Qatar is currently financing and supporting the Taliban terrorists who are killing American soldiers in Afghanistan. At the same time, US tax dollars provide for military bases for the defense of Qatar against Iran while Qatar diverts American funds to pay for luxury hotels for the Taliban leaders so they can live in safety while they plot the deaths of more Americans.

Almost all our erstwhile allies in the Middle East have betrayed us at one time or another, except for Israel. The worst offender is Turkey. During the Gulf War, our alleged ally refused permission to use our own airbase in Incirlik, Turkey, to attack Saddam Hussein’s forces from the north.

We could have saved a lot of money if we had built all our Turkish military bases in Israel in the first place. Unless Turkey reverses its pro-Russian tilt, congressional sanctions will go into effect automatically in 2020.

Turkey will not back down and will almost certainly close all US military bases in the country. So where will we move all the American spy equipment and aircraft currently stationed at the Incirlik Air Base? Plus, we have to find a new place for the fleet of one hundred F-35s that were destined for Turkey.

The Pentagon has been secretly preparing to move out of Turkey for a while. We have already transferred our nuclear weapons out of the country into the state-of-the-art ammunition storage facilities we are building in Israel.