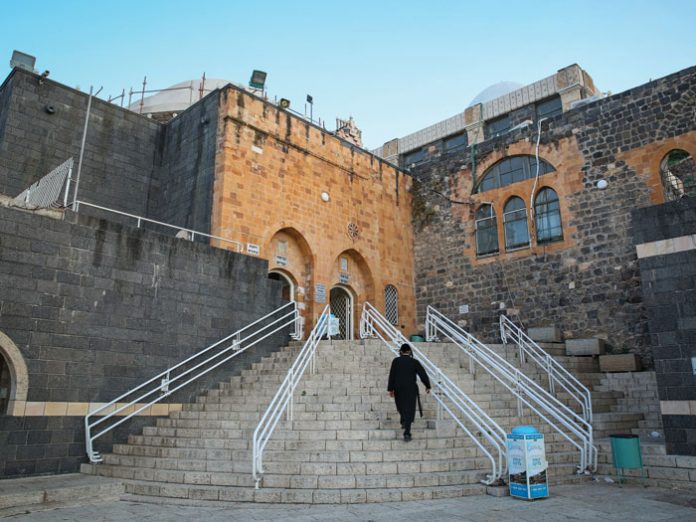 Rabbanit Leah Kook is an enigma. She was born into rabbinic scholarly aristocracy and grew up among the crème de la crème of the Ashkenazi yeshivishe chareidi  rabbinic leadership centered in Yerushalayim and Bnei Brak. Yet today her most loyal advocates are from the Sefardi  working sector in the geographic periphery of Israel.

Her public presentations can fill huge arenas like Tel Aviv’s Yad Eliyahu with thousands of women, yet her message to women is to consider the privacy of the home as the center of power. To the outside world, her independence and lecture tours seems to reflect feminism, yet she completely disparages this view, saying that “feminism is the worst chauvinism.”

She is on the go all week long until late at night, giving shiurim, receiving petitioners, and encouraging thousands in her hometown of  Teverya, yet she has raised 14 children, and by Thursday night everything for Shabbos is ready, waiting for “makas hapatish” and the final spark on Friday of Shabbos licht bentchen.

I set out to try to understand the unique personality that is Rabbanit Leah Kook.

Leah Kook was born 60 years ago to Aliza Shoshana (née Elyashiv) and Rav Yitzchok Zilberstein. Her mother was one of the daughters of Rav Yosef Shalom Elyashiv, zt”l. Another daughter of Rav Elyashiv, a sister of Shoshana, was Rebbeztin Batsheva Kanievsky, a”h, who was the wife of Rav Chaim Kanievsky. Going back further, her grandmother was Shayna Chaya, the daughter of Rav Aryeh Levin. “I had a classical, chareidi Ashkenazi education: Beit Yaakov and the Bnei Brak seminary of Rav Wolf.” In 1959 when she was born, most frum people in Israel lived penurious lives, and to economize, young couples would live with parents or in-laws. Thus when she was an infant her parents lived with her grandparents, the Elyashivs, in meager circumstances on Rechov Chanan in Meah Shearim. Like a typical grandfather, Rav Elyashiv would rock her to sleep wishing that she grow in middos tovos and marry a talmid chacham.

A neighbor in Bnei Brak remembers Rabbanit Leah when she was young, “Her mother told me that since she was a youngster, material things meant nothing to her.” For a shidduch, Rav Dov Kook, a young scholar who also had unusual aspirations, was suggested

Rabbanit Leah attributes the reason why she was zochah to such a special chasan: “The shidduch was in the zechus of the chesed I did when I was around 17. I was a good student in seminary, I davened seriously and said Tehillim. But I think what tipped the scales was that I used to visit a Holocaust survivor. Once while visiting her she asked me to bring her a cheesecake. So I went to buy it, but when I brought it to her, she said she changed her mind and wanted a chocolate cake. I went back to the bakery and asked for a chocolate cake instead. When I brought that to her she again refused it and asked instead for apple strudel. I cheerfully held my tongue, obliged, and set out to bring her a strudel. On the way to the bakery for the third time I saw a sign on the wall, ‘Yisrael botei’ach baShem—Israel trusts in Hashem.’ The sign brought me to tears. So I went ahead, swallowed my pride, and exchanged the chocolate cake for strudel, which she proceeded to reject unceremoniously. Sometime later she took ill and I accompanied her in the ambulance. When we reached the major thoroughfare in Bnei Brak she rebuked me, ‘I won’t forgive you, Leah, because my tichel has fallen off my head.’ In actuality, it had not fallen. I held my peace. I tried to comfort her, because I knew she was alone in the world. We proceeded to the Tel Hashomer hospital, where she returned her soul to its Maker. Two days later, the shidduch with Rav Dov Kook was suggested to me. I see a connection.” 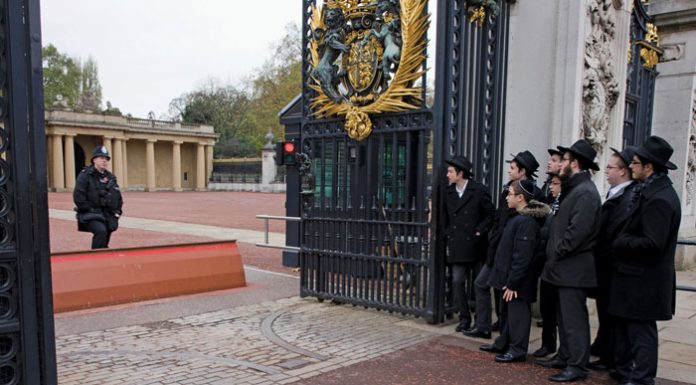