On a recent visit to Eretz Yisrael I had the great privilege to pay a visit to Rav Moshe Hillel Hirsch, the esteemed rosh yeshivah of Yeshivas Slabodka in Bnei Brak, one of the most prestigious yeshivos in the world. A native of New York, Rav Hirsch learned for many years in Beth Medrash Govoha of Lakewood under the tutelage of Rav Aharon Kotler.

During our wide-ranging conversation we discussed the roshei yeshivah of Lakewood whom he knew very well, the significance of the Slabodka Yeshivah, weighty questions about chinuch, and divrei Torah on Sukkos. It is worthwhile to listen in.

If the Rosh Yeshivah doesn’t mind, let’s talk about Rav Shneuer Kotler, your rebbe’s son, for a moment. I learned by Rav Shneur Kotler in Lakewood, and I also had the opportunity to have a very interesting conversation with his rebbetzin, Rishel. She told me about the war years in Shanghai, and how after the war she lived in Rav Aharon’s home in Boro Park while her chasan, Rav Shneur, was in Eretz Yisrael. What was Rav Shneur’s position in the yeshivah during Rav Aharon’s lifetime?

He said a chaburah in Kodshim. He wasn’t overly involved with the bachurim in those days, but he was in the yeshivah and was mashpia on many individual bachurim.

Rebbetzin Rishel told me that Rav Shneur “hut gornisht gevult, derfar hut ehr altz gehat (he didn’t want anything, which is why he had everything).”

That’s true. He had to be pushed into becoming rosh yeshivah after Rav Aharon’s petirah. You have to understand that trying to fill Rav Aharon’s shoes was an impossible task. People don’t have a musag about him. You can try to compare him to today’s roshei yeshivah, but it’s like the difference between Tanna’im and Amora’im.

Someone teitched “lo kein avdi Moshe” to mean that Moshe was different. As the Rambam explains, Moshe’s nevuah was qualitatively different.

It’s takeh not shayach; Rav Aharon was on a different level. Gradeh, after he became rosh yeshivah, Rav Shneuer was a huge factor in harbatzas v’hafatzas haTorah, and not only in Lakewood. Kavod haTorah in America is thanks to Rav Shneur. The concept of kavod haTorah has to do with size, and he made Torah big in America against everyone’s expectations. Everyone said that it couldn’t be done and that everything should be kept small, but he said farkert, there have to be more and more bachurim. And he was right.

He built it together with the mashgiach, Rav Nosson Wachtfogel, but it was mostly Rav Shneur’s koach.

One of his sons told me that Rav Shneur was always worried about the yungeleit, and he had a vision to send them to shtetlach where they would be rabbanim.

I wasn’t aware of that, but I know that he and Rav Nosson were involved in establishing kollelim all over America. Rav Shneur was about growing Torah in general. He built up Lakewood against the will of the balebatim and all of the naysayers, which made people realize that Lakewood wasn’t just epes a zach—it became a legitimate thing. Kollelim in general became legitimate because of Rav Shneur. When you see that something is successful and that everyone is doing it, it becomes accepted.

And that’s thanks to Rav Shneur.

In my opinion it was a result of Rav Shneur Kotler’s efforts. 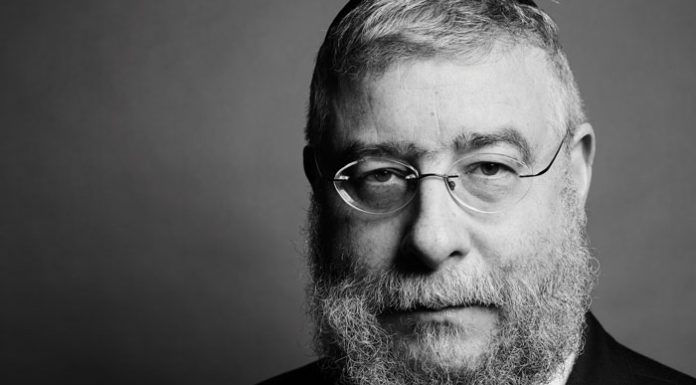 Hi-Tech Chareidim // Seeking investors in the UK for Israeli...