It was Erev Yom Kippur, and our daughter Mindy was home with us, for now. The last ten years had taken her on a tumultuous journey far from her family and roots. But she was back now, albeit on her own terms.

She watched me prepare the kreplach, meat-filled dough circles that I serve with rich chicken soup for the seudah hamafsekes—the meal before the fast—a tradition I’d inherited from my mother, who inherited it from her mother. Erev Yom Kippur, like much of the season, was all about tradition. Soon my husband would bentch the children, including Mindy, of course, and I would stand alongside him, sobbing as I davened that the year bring good tidings, that our children’s hearts and souls remain pure, that the storms we’d endured give way to a calm, peaceful year.

Mindy had arrived that morning wearing shorts and flip-flops, but she soon covered up out of respect. She knew that when she was home, she had to dress modestly and keep Shabbos. After watching me for a few minutes, Mindy suddenly announced, “I’m planning to fast and go to shul. I know people will look at me like I’m a freak, but hey, let them stare.” My heart skipped a bit, but I just smiled at her as I added more spice to the ground meat.

Suddenly our home phone rang. I glanced at the caller ID, puzzled. “Friedberg, Shalom,” it said.

Could it be? Was it our nemesis from the past?

Ouch. The memory of those years, in particular one pivotal summer, were raw and oozing, despite the passage of time.

“Hello? This is Yitty Friedberg. I wanted to know, uh, do you, by any chance, have Mindy’s number?”

“Mindy? She happens to be here now. Would you like to speak with her?” I asked, too shocked to say anything else. My insides were clenching, my breath coming in shallow gasps. It was the girl who’d haunted my nightmares all these years. Surprisingly, she sounded rather timid and afraid.

I handed the phone to Mindy without another word. I watched as her expression changed, her eyes widening in surprise and discomfort. Mindy didn’t say much, just some grunts and okays, but eventually she stopped talking and waited.

“Of course I forgive you,” Mindy said, speaking quickly. “You didn’t do anything. Not really.”

Not really? Was Mindy hallucinating? I had half a mind to grab the phone out of her hand and give the caller a piece of my mind, to remind her exactly what had happened that summer when she ruined our lives. But this was Mindy’s phone call, she was 23 years old, and it wasn’t appropriate for me to get involved.

I heard Mindy reassuring Yitty that she forgave her completely for what she’d done when she was young and foolish, that she knew Yitty hadn’t meant to hurt her, and that she could go into Yom Kippur with a clear conscience.

“Yitty claims it wasn’t only her,” said Mindy after she’d hung up.

“She says she wasn’t the first to go through my stuff. It was Shaindy who suggested they go hunting for chocolate, though she admits she was the one who found the pills.”

Mindy’s tone was matter-of-fact, as if she were rattling off the latest news. “In any case, it’s been bothering her all this time. Nebach. She was almost engaged twice, she says, and both times the boy’s side ended it at the last minute. She can’t stop thinking about me and wondering if I’m still angry at her. As if it matters now.”

“It matters to me,” I said quietly. “You know, I’m proud of you, Mindy. I don’t know if I would have been able to do what you just did.”

Mindy gave me a strange look. “You? You’re one of the most spiritual people I know.” She laughed. “Ironic, isn’t it? That your daughter went ‘off,’ even though you did everything right. Yitty thinks she’s in charge of what happened. My choices have nothing to do with her and everything to do with me. Isn’t that what you’re always telling me?”

My daughter, who’d had a painful and labyrinthine journey, was now two steps ahead of me.

With the kreplach neatly filled and bobbing in the golden broth and the kugels warming in the oven, I headed to the small balcony off my room for a few moments of rest. I felt myself transported to that day in mid-July, the demarcation point that divided our lives into “before” and “after.”

Mindy was the eldest of our eight children—three daughters and five sons, all born in close succession. She was an introvert, dark-haired, with exotic features and the most luminous hazel eyes I’d ever seen. Mindy was quiet, even shy, and preferred to stay in the shadows, allowing her younger siblings to usurp the lion’s share of my attention. 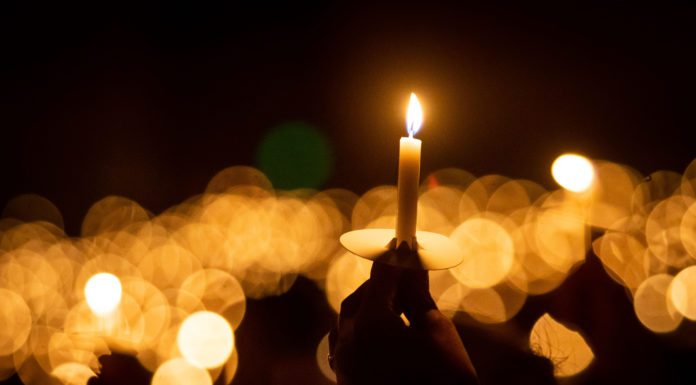 Taste of Home: Recipes from my mother’s kitchen