This week, on a visit from Los Angeles, Chuck Abel was greeted at Yeshivas Ponevezh by its nasi, Rav Eliezer Kahaneman. Although this was Chuck’s first visit to Bnei Brak, his connection runs deep—harkening back to Ponevezh, Lithuania, where 100 years ago Chuck’s father Boris (Dov Ber) Abel became lifelong friends with his neighbor Rav Avraham Kahaneman, the son of the esteemed Ponevezher Rav, Rav Yosef Shlomo Kahaneman, zt”l.


This inter-generational story, full of twists and turns, began precisely one century ago in 1919, when Rav Yosef Shlomo Kahaneman was appointed rav and rosh yeshivah of Ponevezh. This thriving community was a center of Torah life, led over the centuries by Lithuanian gedolim such as Rav Hillel Mileikovsky, talmid of Rav Yisrael Salanter; Rav Eliyahu Dovid Rabinowitz-Teomim, later Chief Rabbi of Yerushalayim; and the revered Rav Yitzchak Yaakov Rabinovich, better known as Rav Itzele Ponevezher, who founded the original Yeshivas Ponevezh.

In Lithuania, the Ponevezher Rav went on to build one of the great Torah citadels, drawing on his personal connection with Torah giants: Rav Eliezer Gordon of Telz, the Alter of Novaradok, the Aruch Hashulchan, Rav Elchanan Wasserman, Rav Chaim Soloveitchik of Brisk, and his three years in Radin, where the Chafetz Chaim provided extensive guidance on leading the next generation.

Yet tragically, Yeshivas Ponevezh—and the childhood friendship between Boris Abel and Avraham Kahaneman—was torn asunder in 1940 when the Russians suddenly occupied Lithuania.

“My father saw the clouds of war darkening over Europe,” Rav Eliezer Kahaneman told Ami this week in Bnei Brak. “He heard Hitler on the radio promising to destroy all the Jews. Everyone was laughing at ‘that maniac,’ but my father didn’t laugh. He said: ‘If a goy proclaims he wants to kill all the Jews, I believe it.’ Even before the Russian occupation, my father wanted to flee to Eretz Yisrael, but many people told him not to worry and that things would blow over. Yet my grandfather, the Ponevezher Rav, encouraged him: ‘Go!’”

In 1940, Rav Avraham traveled alone to Palestine, staying with a grandmother in Tel Aviv and learning in Heichel HaTalmud. Six months later, when the Red Army occupied Lithuania, the Ponevezher Rav—at the time on a mission abroad—decided to settle in Eretz Yisrael, joining his son Avraham and planning to send for the rest of his family.

From there, things only got worse. In June 1941, as the Germans invaded Lithuania, local nationalists launched a murderous pogrom in Ponevezh. Days later, the Nazis herded Boris and thousands of other Jews into a densely-packed ghetto surrounded by barbed wire and vicious Lithuanian guards. Within weeks, the entirety of Jewish Ponevezh was destroyed, including Rav Kahaneman’s three yeshivos, school and orphanage. Jews were taken to a nearby forest and forced to dig their own graves; Lithuanian guards then fired at them with machine guns. In all, 8,745 innocent nefashos, including Rav Kahaneman’s wife, three of his children, and all his yeshivah students, perished al Kiddush Hashem.

It was a loss the Ponovezher Rav was determined to avenge.

Boris Abel was among the few spared. Due to his professional expertise, he was assigned to a special work detail producing brushes for the Luftwaffe to clean Messerschmitt warplanes. Over the next four years, Boris endured a series of camps including Auschwitz and Dachau, where disease and starvation were always close by.

By March 1945, with Germany’s defeat inevitable, Boris and tens of thousands of Dachau prisoners were put on a death march, then shoved into a two-week cattle-car journey to extermination in Germany. Only ten percent of these prisoners survived before being liberated by the Americans. 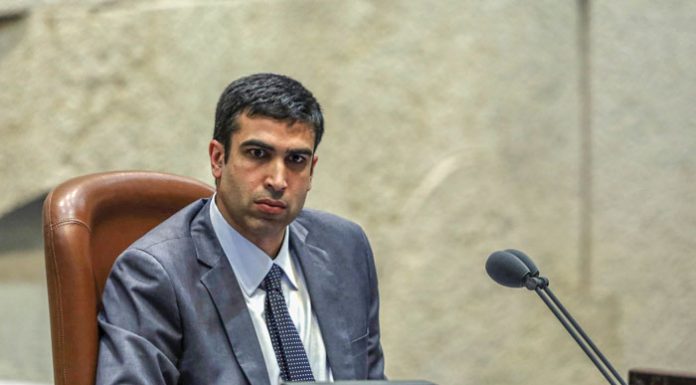