‘‘There are some people who, after becoming baalei teshuvah, want to correct whatever was wrong in their former lives. But that’s not how I see things. My mission from Hakadosh Baruch Hu is to help girls who are going through the same things that I did. I want to help them overcome the challenges and bring them home before it’s too late.”

These are the words of 41-year-old Peri Landau Cohen, who lectures on behalf of Arachim, an organization that works to strengthen Jewish identity, filling halls in Israel and the United States as she tells her emotional, heart-breaking and spiritually uplifting story.

In addition to her lectures, she also counsels women and girls who are undergoing spiritual and social crises of the kind she experienced. She also conducts workshops for parents of teens on the same subject.

“It says in Yechezkel, ‘B’damayich chayi—With your blood you shall live.’ To me, this means that because of the things I went through in life, I know how to reach out to these girls who are also bleeding emotionally.”

Peri Cohen’s story shook the chareidi world two decades ago, causing anguish to the community and even appearing in the secular press.

Perel, her given name, was born into a family of Gerrer chasidim in Yerushalayim, the oldest girl in a family of seven children. As she tells it, by the time she reached bas mitzvah she was already beginning to rebel against her parents and the strictures in her life.

“There are many factors that make a child ‘different.’” It can be caused by something that happened earlier, like a childhood trauma. Then there’s parental trauma, which can not only affect a parent’s own behavior but a child’s sensitivities. Every child is different and has unique qualities. Some children are more sensitive than others.”

Peri’s rebellion escalated in her teenage years. She says she loved Hashem and doing mitzvos, but she resented the imposition of a rigid structure of regulations and the criticism she received.

“The Rambam says that the mitzvah of ‘V’ahavta es Hashem Elokecha’ means that you have to bring the love of Hashem to humankind. We have to do that with our own children as well.

“I was a child who asked questions and wanted to get answers. Instead of answering me, the school administration called me a rotten apple for asking, and a girl who had to be removed before I spoiled the whole barrel. I was transferred again and again. I was even sent to live with my grandmother to keep me away from everyone. In a situation like this, most children like me look for warmth and acceptance on the ‘outside.’ Fortunately I didn’t find it on the streets, but I still ended up disappointed, broken and desperate.”

Soon after turning 18, Peri told her parents that she had met a young man and decided to marry him. Her parents went into shock, which turned into anguish when they discovered that her chasan was a non-religious 26-year-old bus driver from a Kurdish background. They were utterly horrified. Their eldest daughter, who was supposed to be a source of nachas, was planning on getting married to a chiloni bus driver!

The story of how the two of them met was equally scandalous.

“He was the driver of the bus I used to take to seminary. He asked me for a date, and after a week and a half of seeing each other, we decided to get married. That’s how long it took. He was looking for a respectable, quality girl, and I was looking for warmth and a relationship.

“I’d been raised in a chasidishe home. In our circles, a boy and a girl meet once or twice and then decide if they’re a match. We don’t need to know any more. Well, I didn’t know that much about him, but I believed that what I knew was sufficient for me to get married. I didn’t realize then how wrong I was. My parents wept bitter tears. It was a real blow for my father. He couldn’t understand how I could stray so far from the path they’d set me on.” 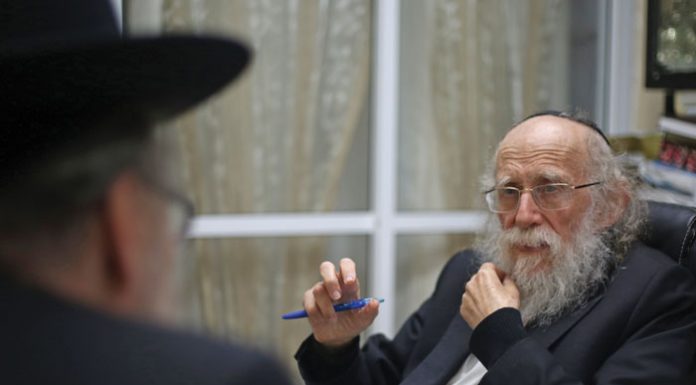 Because It’s Mine // Recalling a humble man who loved...