Every year before Rosh Hashanah, tens of thousands of Yidden from all over the world converge on Uman, the small Ukrainian city in which Rebbe Nachman of Breslov is buried. It is estimated that between 40,000 and 60,000 people participate in this mass pilgrimage, and the Ukrainian Ministry of the Interior has stated in the past that the visitors come from 39 different countries.

I myself am one of these Uman-goers, having had the privilege to go there for the past nine years. With each successive year, the trip becomes easier. A number of new shuls and mikvaos have been built, five-star hotels have sprung up from the ground, and there are dozens of restaurants to feed the hungry visitors. If you book early, flights can be relatively cheap, and getting around Ukraine is easy as pie. But things haven’t always been this way. Only three decades ago people literally risked their lives to make the trip, and there weren’t very many who were willing to do so.

Famed Breslover mashpia Mota Frank is one of those who was going to Uman way before it was “cool.” In his day, a person could be arrested or even killed for defying the Communist regime. But anyone who knows Reb Mota knows that when he’s determined to do something he does it. This is his story.

Our car makes its way through the narrow streets of Meah Shearim, trying to avoid the children on bikes and elderly women pushing their grocery carts. I’m seated in the backseat of the car—preferring not to drive whenever possible; along for the ride are my younger brother and a close friend. We are on the way to pick up the well-known Breslover mashpia Rav Mota Frank, with whom I am blessed to have a very special relationship. We will then travel north from Yerushalayim to Tzfas in order to daven at the kever of the Ari Hakadosh on his yahrtzeit. From there we will proceed to Meron to daven at the kever of Rabbi Shimon Bar Yochai before returning to Yerushalayim.

At the end of Rechov Meah Shearim we proceed to the top of Ido Hanavi Street, where Reb Mota resides. We park outside for a few brief moments and wait for him to come downstairs from his apartment. “I’m going to try to get him to tell us the story of the first time he went to Uman for Rosh Hashanah,” I tell my fellow passengers as we wait. Before long, Reb Mota makes his appearance, his signature smile brightening our day. He takes off his hat and jacket and places them in the trunk, after which he gets in the car and sits down next to me. For the duration of the three-hour journey, he shares chasidishe vertlach as well as chizzuk from Rebbe Nachman, all the while fielding calls from his many “chaveirim” who seem to want to consult with him every 30 seconds. Sitting in such close proximity, I get a behind-the-scenes look at how he dances a fine line between being a close friend and an advisor to his thousands of chaveirim around the globe. I use the term “adviser” because if he ever caught me calling him a rav or a Rebbe he’d be very displeased. Reb Mota doesn’t like titles. He likes to think of himself as a “chaveir” to klal Yisrael, and judging from the number of people he helps on a daily basis, he’s certainly one of our best friends.

His phone rings non-stop. Someone needs advice about a shidduch, while someone else’s son has just gotten kicked out of yeshivah and needs a place for the coming zman. The next caller has a sick relative, and the one after that just likes to debate and pick his brain. “This one knows how to argue,” says Reb Mota with a smile as he hangs up the phone. “He’s a real Brisker.”

He shares a nice vort with us: “We say in davening every day ‘Hashiveinu Hashem eilecha—Return us to You, Hashem’ and Hashem says ‘Shuvu eilai v’ashuvah aleichem—Return to Me and I’ll return to you.’ There’s a midrash Chazal that says that these words represent an argument, kiveyachol. Klal Yisrael asks Hashem to return to them, and He asks us to return to Him first, after which He will return to them. Who is going to win this argument?” Reb Mota poses the question to no one in particular.

There is silence in the vehicle; it’s a great question, after all. He pauses for a moment before continuing.

“Rebbe Nosson of Breslov says that when klal Yisrael asks Hashem to return to them, that alone is considered by Hashem as if they already returned to Him because they are showing their ratzon to be close. Hashem then returns to them.”

Eventually we arrive in Tzfas and make our way up the mountain through the cemetery in which the Arizal is buried. Reb Mota tries to get a few minutes to daven at the tziyyun by himself, but it doesn’t work out very well. People are constantly coming up to him, shaking his hand, slapping him on the back and giving him hugs. Then we hit the road for Meron, where the same scene repeats itself. The ride from Meron back to Yerushalayim is more or less the same as our earlier one. By midnight most of the calls have died down, and I ask Reb Mota to share the story of his first Rosh Hashanah in Uman. His eyes light up and he thinks for a minute, formulating his words. Then he begins his mesmerizing tale as we listen in awe. 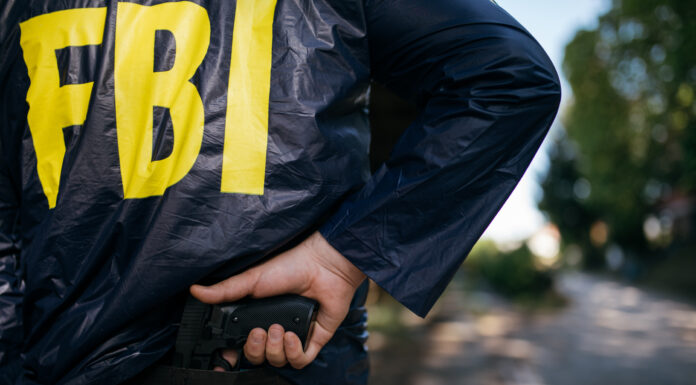 Repulsive Raid Reaction // The FBI is no NSDAP