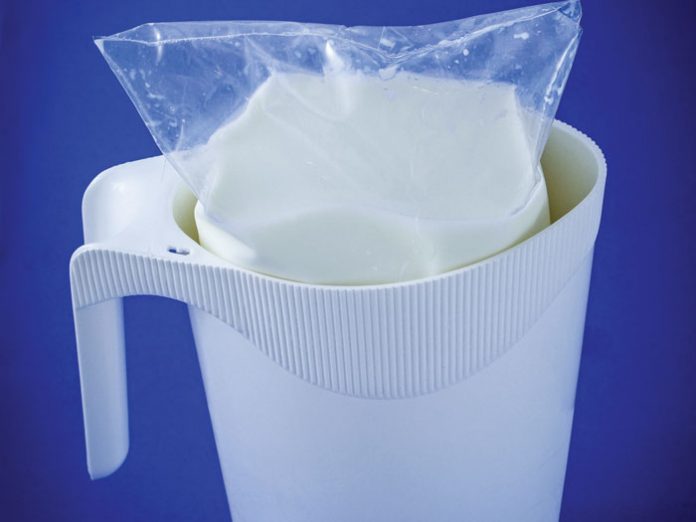 The other day I found a milk bag pitcher in my fridge.

If you just raised your eyebrows, perhaps you belong to one of these three categories:
A) You’re Israeli-born and bred and don’t know why a milk bag pitcher is worthy of being mentioned.

B) You haven’t been to Israel and don’t know what a milk bag pitcher is.

C) You are among the thousands of young couples who make the brave move from Chutz Laaretz to Eretz Yisrael despite the vast differences in culture. If so, chances are that you understand me.

It seems like just yesterday that my husband first mentioned the idea of learning in the Holy Land right after we got married. My reaction? “But they drink milk from a bag!”
After we had gone over every single detail a few hundred times, I came to the conclusion that it was better to do it than have to talk about it all day long. We would go to Israel on two conditions—one, we weren’t moving. We were just going away for a year. And two, we would never drink milk from a bag.

We took along only the minimum and left most of our prized possessions behind. We hardly even bought anything once we got to Israel, because really, what did we need for only one year’s stay? In America we had bought every kitchen gadget that was on the market; here in Israel, we managed to do everything with a simple paring knife. We also had no need for elegant placemats, napkin rings or four sets of linen. I’d never known that you could live with so little.

Our recycling bin was full of plastic milk bottles despite the few extra agorot they cost, and I often found myself having to shop in a couple of different groceries, determined not to buy milk in a bag. If the local makolet only had bags, I was out of there right away, and of course I made sure to inform everyone, “I’m not from here and I don’t speak Hebrew.”
The days on the calendar were crossed off one at a time, until one day sponja was the way to clean the floor, the porch had become a mirpeset, the storage room was a machsan, and the elevator was a maalit. Many of our belongings that had been stored in America also miraculously found their way to us in Israel. Having finally realized that our year in Israel had no intention of coming to an end, our candlesticks, Shabbos silver and tablecloth decided they didn’t have the patience to wait.

Her Husband was Drunk, or Was He? The Fascinating Phenomenon of Auto-Brewery Syndrome

Delicious Or Dangerous? Is it time to finally ditch our food...