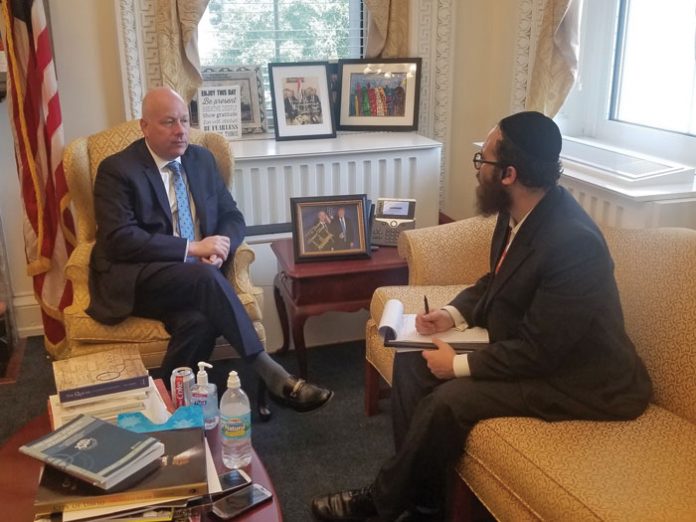 In the grand scheme of things, not much time has elapsed since the evening when Jason Dov Greenblatt and I stared at the giant screens at the New York Hilton, watching as Donald Trump’s electoral count ticked closer to the 270 mark. It wouldn’t take too long before Trump, now the president-elect, would appoint Jason, his lawyer for close to two decades, as his chief negotiator for Middle East peace.

But while little time has passed, a great much has changed. For Jason himself, his family, all across the Middle East and throughout the world itself. Just how much has changed? That we cannot quantify at this time. But we do expect to have a better grasp once the final peace plan has been released, which we anticipate could happen any week now. Until that time, we turn to Jason, who reflects upon the past two plus years and opens up about his progress and challenges, his triumphs and frustrations.

When did you reach the point where you said, “That’s it, I’m leaving”?
It was never a “That’s it.” Originally, I thought it was only going to be approximately a two-year stint, but here we are, at almost three years. If I was going to be a proper father, proper husband, proper family man, there was always going to have to be an end date. There’s no question that I owe a great deal to my wife and kids. I could not have done this job without them doing what they did. I’m not sure we even knew what we were getting ourselves into when I took the job, but we would never look back and question it, ever.
I believe what this administration has accomplished is tremendous; we believe what the peace team might still accomplish with me—or after I depart the White House—has great potential to help millions of people. So, I absolutely have tremendous hakaras hatov to my wife and children, who’ve been exemplary throughout this more than two-and-a-half-year process. That doesn’t mean there weren’t a lot of tears shed; it’s very tough on a family, but they were fully supportive.
From time to time we evaluated my staying on in the position, and each time I felt that too much was at stake and I would stick it out longer. But now, my initial job is done: We studied the conflict, we determined our proposed solutions, the plan is done; we have changed the conversation and re-educated many about the conflict, the relationship between Israel and its neighbors continues to change, and we have significantly strengthened the US-Israel relationship—so this is a natural break point where I can transition my duties over to what I think is a very talented and dedicated team.

Did you believe that you could achieve Middle East peace in two years when you started the job?
No, definitely not. First of all, I don’t use the term “Middle East peace.” That’s a label from a time when it might have made sense, but no one thinks now that we can create peace in the entire Middle East. No one who understands this conflict believes that once we resolve the Israeli-Palestinian conflict it will bring peace to the Middle East. There are other very serious conflicts still going on. Our plan for peace will hopefully give the parties and the region a vision for how to resolve the conflict, improve millions of lives—especially Palestinian lives—and bring the region forward in many ways. But this is a tough, long-standing conflict, and we cannot put a time on how long it will take to resolve.
But I do hope that once we launch the peace vision there will be traction. Will both sides be able to review it and say, “This plan, despite its compromises, is smart, it’ll improve our lives, and it has tremendous potential not just for ourselves, the Israelis and Palestinians, but also for others in the region”? Or are they going to reject it and say, “The compromises are too tough, this plan won’t work for us,” and nothing happens?
My deep hope is that it’s the former. I believe that what we’re putting forth does have tremendous potential, and I hope that both sides have the political space to at least engage on it. Where it goes from there is uncertain. I think that when they see the plan, they will, of course, have plenty to criticize. After all, no one can put forth a plan that both sides will immediately embrace. But I think that most people who know this conflict will understand that we really tried to make it a realistic plan, one that’s implementable and one that can bring both sides to a great future.

A lot of people are wondering, why now? Is there a significance to the timing?
The question of “Why now?” would have been asked at any time I would have made my announcement to leave. The real reason I am leaving is that I stayed nine months longer than I anticipated; it’s getting harder on my family, it’s harder financially, harder emotionally. Now that the first part of my mission is done—the vision—I feel I’m not leaving the team in the lurch. My hope is to be here for the launch, which would be ideal, and I’m not ruling anything out.

Why leave when you’re so close to launch?
I don’t know when the launch will actually happen, and I need to begin a transition back to my family. It is my hope to stay until the launch, but we have to wait and see what happens.

There have been practically no leaks this whole time. What’s your secret?
First, we very tightly controlled all the information. We’re a very disciplined team. But also, we have a trusted group of people, so I consider myself extraordinarily fortunate. That includes not only Jared Kushner, David Friedman, Avi Berkowitz, Brian Hook and me, but we have many other colleagues who have worked hard on various parts of this plan—in the National Security Council, the State Department and elsewhere—and everybody has deep respect to protect this extraordinary mission.

Let’s talk about your relationship with the president. You’ve been working together with him for the past 22 years, and you’re about to step away from this relationship that you’ve had with him for so long.
I guess I’d have to break that into two answers.
My life is going to be tremendously different from the way it has been for the last three years. I will be with my family, I will be back in the private sector, and I’ll be living in a home rather than out of a suitcase. So in that respect I’m terribly excited.
With respect to the president, Jared and David—I’ve known them for so many years. I don’t view this as a goodbye. Their family is like family to me. They’ve watched my kids grow up. So I don’t see a difference in the continued connection. And I will always be available to them for any advice on this mission—I will be just a phone call away.

When did you first bring this up with the president?
I don’t want to go into a tick-tock about this, but what I will say is that the president was a complete mentch, as he has always been to me over the two decades I have worked for him. He fully understood the reason for my decision, he had great respect for what I’ve tried to do and why I need to step aside now.

Surely you’ve experienced a lot of frustrations throughout this process.
We try not to get frustrated. We always kept our eye on the ball and every small victory was appreciated. One Arab diplomat described this conflict to me as the most complex conflict in human history—I don’t know if that’s true or not—but we understand the complexity of the challenge. And while there are many frustrations, we didn’t let that change our mindset or discourage us. We can’t let frustrations stop the hope of progress. 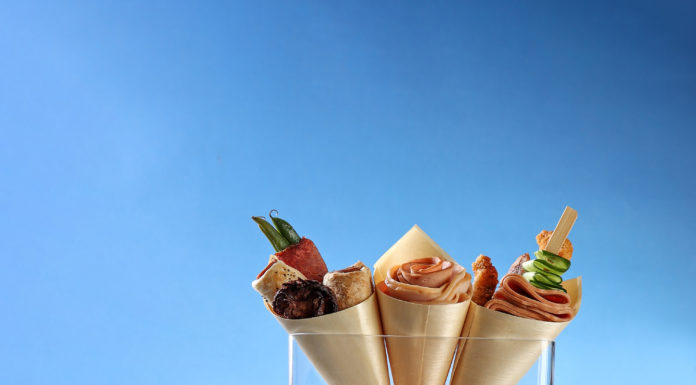