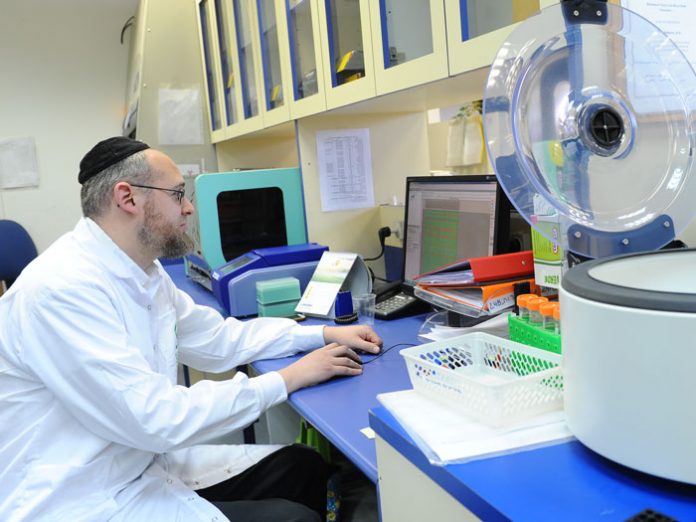 Dr. David Ze’evi wanders around his Dor Yeshorim lab with the glee of a child exploring a toy store, but these are toys of a different kind. We walk from room to room in the large lab, the hum of a refrigerator in the background as we talk. When we pass the large refrigeration tanks, he remarks, “This is where we store the blood and tissue samples, and that one is a freezer that can go down to minus 80 degrees Celsius.” We then come to some equipment of which he is particularly proud. In an extremely brightly lit cubicle, there is a device that looks like a giant coffeemaker with a computer screen. But no coffee is being brewed here; this machine is checking DNA samples sent in from all parts of the world.

“This device,” Dr. Ze’evi explains, “scans the DNA sequences in blood samples and looks for mutations—changes in genetic sequence that have been identified with genetic diseases. But it’s not an ordinary scanner; it’s the next generation of screening devices. This technology is known as Next-Generation Sequencing [NGS], and it can assess up to 25 million molecules in one day. This will enable us to examine more than 200 different DNA sequences at a time in samples from about 400 people.” Older devices were larger in physical size but less powerful in testing capacity, capable of running no more than five tests a day on 100 samples.

Dr. Ze’evi points to the computer screen, on which there are many white dots on a black background. “You can see something very interesting here,” he says, his eyes lighting up. “Each dot is a molecule that has been magnified by the giant microscope in the device.”
To Dr. Ze’evi, these dots represent life itself. And he’s right. These are the most basic elements of life.

“The computer can check every sample for over 200 DNA mutations—common Ashkenazi and Sefardi genetic variations—that can cause their owners to be carriers of genetic diseases. In the past, we only checked for maybe 40 or 50 mutations.”

Dr. Ze’evi takes me from machine to machine, each of which has been given a nickname by the staff. We stop at another large device that also belongs to the next-generation genetic testing system. “We call this machine the ‘puppet theater.’” Dr. Ze’evi smiles as he pushes a button on the computer screen, causing a door on the front of the device to slide up. Inside, robotic arms move across what looks like a field of aluminum nails. Dr. Ze’evi tells me that these moving arms are conducting complex genetic tests that seek to uncover the secrets of our DNA.

“This device does the work of four people,” he says. But more important is that through this device, after more than three years of research, Dr. Ze’evi made a breakthrough that is still making waves in the world of genetic medicine.

Dor Yeshorim is a well-established organization that probably doesn’t need an introduction. It has become a routine part of the chareidi shidduchim business, as critical as the shadchan, the checking of references, and the vort. Dor Yeshorim’s role is to provide blood tests to make sure a couple that may be planning to get married are not carriers of genetic mutations that can lead to serious hereditary diseases in their children.

The organization was founded in the United States in 1983 by Rabbi Yosef Ekstein, who lost four of his children to Tay-Sachs disease, a serious genetic illness that was common among Ashkenazi Jews. Like a host of other genetic diseases that result from recessive genes, it manifests only if the genes transmitted by both parents are defective. Tay-Sachs is incurable and fatal; the only way to prevent it is through early testing.

Rabbi Ekstein decided to form an organization that would check a couple’s genetic markers before marriage to make sure they weren’t both carriers of the defective gene that causes Tay-Sachs. Over time, other genetic diseases have been tested as part of the process. Dor Yeshorim will now be able to test for more than 200 mutations. The testing regimen was found to be effective in identifying and therefore preventing many diseases, but for one common genetic disease, testing has been ineffective. 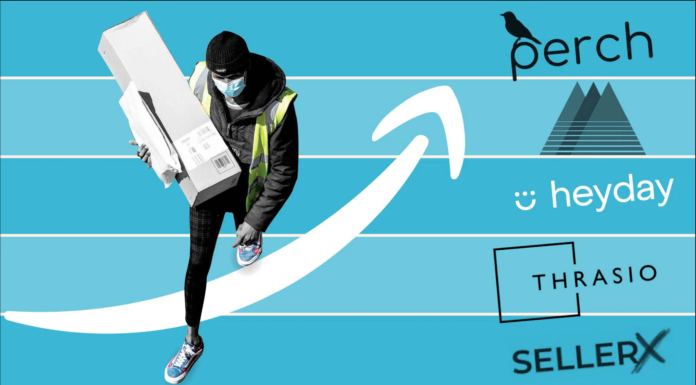 An Israeli in North Korea // Secret Photos On An Unusual...