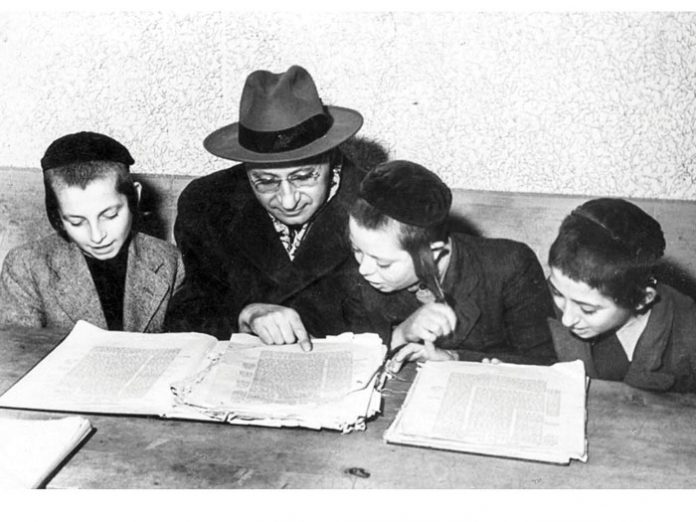 In 1945, my father, Reb Eliezer Duvid Lebowitz, was five years old and living in a Displaced Persons camp in Leipheim, Germany. The hut in which he and his family resided was one of hundreds provided by the American Jewish Joint Distribution Committee for the Holocaust survivors who ended up there. Between December of 1945 when it opened and June 1950 when it closed, over 3,000 Jews called it home. But of all those people, the sight of my father was particularly striking. Not because he was a beautiful child, although he certainly was, and not because of his charisma and street smarts, although he had those, too. No, what made him stand out was the very fact that he existed. The Nazis hadn’t left many children around.

Still, he was not the only one. Altogether, there were about 40 youngsters of different ages living in the camp. Despite all the Jews had endured, they managed to establish a functioning community in Leipheim—albeit a temporary one, since everyone was making plans to emigrate—and one of its institutions was a Talmud Torah that served the 40 children and adolescents, with a single melamed teaching everyone.

My father’s father had been a staunch Satmar chasid before the war and meticulously stringent about all matters of halachah and Yiddishkeit. A shochet in his prewar life, he set about creating a kosher kitchen the day he arrived in the DP camp. And there was something else he was determined not to neglect: the chinuch of his children. Sure, the melamed was doing the best job he could, but no one could teach 40 children of different ages everything they needed to know.

Every evening my father’s father sat down with his sons and taught them Chumash and halachah, and about Yiddishkeit in general. “Avraham Avinu was our father, the father of all Jews,” he explained to my father one night. “He was the son of Terach, an idol worshipper, and one day Terach left Avraham alone with the idols.” The story about Avraham destroying Terach’s idols fascinated my father, and he dreamt of the day when he too would be able to rise to such an occasion.

Over the next few months many of the DP camp’s residents left, some going to America and others to Israel. My father’s family had been planning to move to America, but my father took ill. When the Red Cross doctors examined him they found an infection in his lungs. “You have to take your son to a sanatorium,” they advised my grandparents, “and he has to stay there until he is cured.”

The sanatorium, run under the auspices of the United States government, was located in a town called Bad Wörishofen, about 95 miles from the camp. For weeks or months, until his lungs would clear, my six-year-old father would have to remain there on his own, among goyim and with Christian nurses, most of whom were nuns. One can imagine how terrified my father was and how reluctant his parents were to take him there. Still, they had no other choice.

His father accompanied him on the long trip, trying to instill courage in my father throughout the ride. But by the time they arrived my father was trembling from weakness and the terror of being left alone among strangers.

Then something amazing happened. “We have another Jewish boy here,” a nurse told my grandfather. And to my father she said, “You can share a room with him.”

Sure enough, my father was led into a room where another religious Jewish boy with a yarmulke and peiyos was occupying a bed. The boy, seven years old, a year older than my father, had arrived only a short time earlier, and was just as thrilled as my father to see another Yid. With a lighter heart my grandfather took leave of my father, and the two boys became roommates. 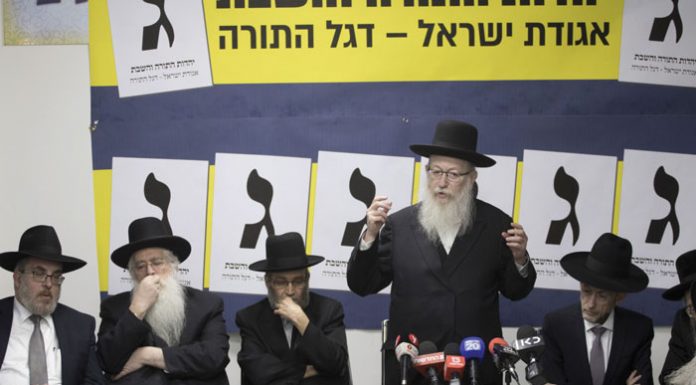 Man on A Mission // A conversation with Dr. Clarel Antoine,...

The Returnee // Two decades ago Peri Cohen shocked the chareidi...