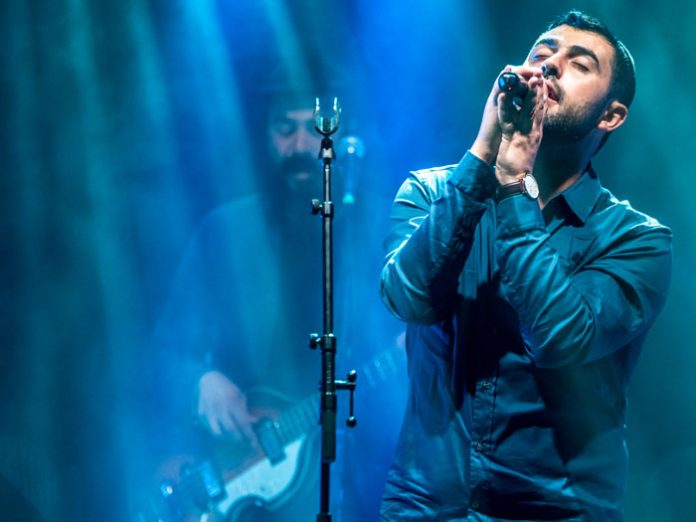 It doesn’t take long to get hooked on the music of Ishay Ribo, and you don’t have to be Orthodox—or even Jewish, for that matter—to become addicted. His video Lashuv Habaytah has gotten over 26 million views, and some of his less popular ones have garnered between 13 and 15 million, which tells you something about his appeal.

The Israeli journalist Ben Shalev, commenting on the Israeli music scene in 2016, aptly described how Ishay Ribo is able to bridge the divide between secular and Orthodox Israelis: “There are secular Israelis who refuse to listen to performers of the ‘Jewish’ genre of music, because they object to works with a religious content or because too large a gulf separates their world and the singer’s worldview. Bridging that gap is usually difficult, though it can happen. The necessary condition is for the music to be excellent, for the quality of the artistic expression to override the disparity between the divergent tribal affiliations of artist and listener. Two outstanding examples in recent years are Yonatan Razel and Ishay Ribo. Not everything they do creates the bridge, but thanks to their gentleness and musicality, along with the soft depth of their voices, the tremulous chords of their artistry are palpably audible.”

Anyone who has ever listened to Ishay’s music would agree that his artistic expression is almost beyond compare. His voice has a very mature quality that truly sets him apart. Then there is his phenomenal stage presence. He is a natural both onstage and off, and despite his fame, he doesn’t put on any airs.

But there is something else that characterizes his music that is perhaps even more important. In his commentary on Pirkei Avos, the Rambam discusses various types of appropriate and inappropriate speech. He then concludes with some comments about music: “You should know that songs in any language are judged solely on their content… If the theme of the song is exalted one may sing it in whatever language it may be, and if its theme is unseemly one must reject it, regardless of the language.” Without exception, the themes of Ishay’s songs are exalted, and their words are sourced in pesukim and sefarim.

A Balancing Act
It is a pleasant July evening in Yerushalayim when I meet Ishay in a hotel lobby not far from his home. The first question that comes to my mind is how he manages to maintain the proper distance between himself and his enthusiastic fans.

“People sometimes ask me how I deal with the hectic life of a singer and the nisyonot that accompany it,” he says, finishing my thought. “I tell them that my audience protects me by not exposing me to nisyonot, which is something that I learned from a number of Orthodox singers, including Eviatar Banai, Shuli Rand and Yonatan Razel. If you maintain a proper distance, not an egotistical one, then the audience learns to respect it and doesn’t intrude on your space.”

Maintaining that distance while at the same time reaching so many different types of people is an amazing feat, I tell him.

“I’ve had amazing siyata dishmaya,” he tells me, “especially in the last two years. As you pointed out, my music has reached the broadest audience possible, from the most chasidic people who I would have never expected to listen to it, to complete atheists who write to me and say, ‘I don’t believe in anything, but your songs awaken something in my soul.’

“The most left-wing newspaper in Israel, Haaretz, recently wrote an article about me,” he continues. “For a long time I refused to do any interviews with them because I was afraid that they would take something I said out of context. So they decided to do an investigative piece instead, talking to people who have worked with me in the studio and elsewhere, and they turned it into a very long article that came out very nicely. It’s really rare to see something like that because they’re so far to the left, but it was filled with praise about how my music unites religious people and chiloniim. I believe that Hashem has given me the ability to infuse my music with a koach of achdut and the power to influence people.”

A Man of Many Hats // Meet Rabbi Avraham Gislason, a...