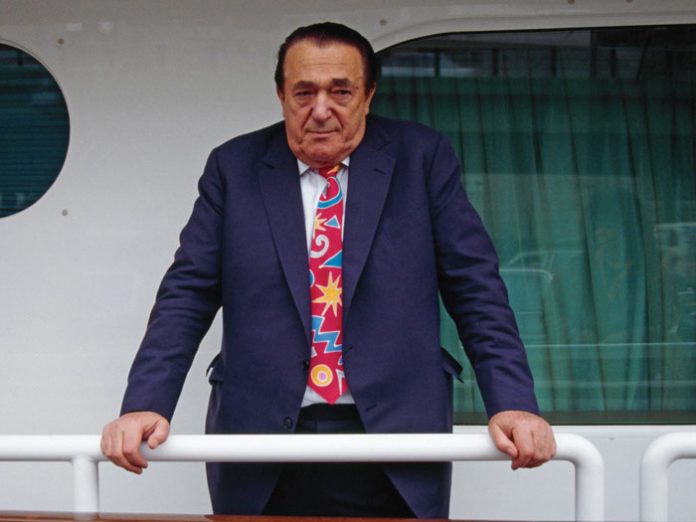 Apparently, some members of the media have mistaken me for the closed-case file archivist of the intelligence community. I certainly had unusual security access to intelligence archives during the Carter and Reagan administrations as a representative of the attorney general of the United States. But that does not mean that I am authorized to speak on behalf of any government agency. In fact, for the first 30 years after leaving government service I had to submit all of my manuscripts to the Central Intelligence Agency for pre-publication review. Now I am free to answer any media request I wish. That does not mean I will choose to do so.

For reasons that may become obvious in the weeks to come, I have received a number of recent inquiries concerning the late Robert Maxwell. A Czech Jew who escaped from the Nazis, joined the British Armed Forces, and later became a publishing magnate and a member of the British Parliament, Maxwell died under mysterious circumstances in 1991, when after an outing on his yacht, his body was found floating in the Atlantic Ocean by a Spanish fisherman. He was buried on the Mount of Olives in Jerusalem.

As I wrote in my book, The Secret War Against the Jews, Robert Maxwell was a member of the British Secret Intelligence Service who committed suicide after he had been outed as an agent for the Mossad. He was perhaps the most important secret agent in Israel’s history. Then-Prime Minister Yitzhak Shamir said at Maxwell’s funeral: “He has done more for Israel than can today be said.”

I have only revealed a bit of the Maxwell story so far: In 1947, it was Maxwell who contacted a friend and former cell mate who had become the communist foreign minister of Czechoslovakia, where a major Nazi aircraft plant had been located. After the war, Maxwell and his friends arranged for the old Czech plant to continue making Messerschmitt fighter planes—not for the Nazis, but for the Zionist Jews who were planning to create the new State of Israel.

Maxwell had the wings sawn off the little fighter planes and smuggled the pieces of the Messerschmitt fighters from Czechoslovakia to Palestine inside American cargo planes. There, the Israelis welded the wings back on to create the instant air force that turned the tide of battle in the 1948 War of Independence.

The sudden appearance of Jewish air power took the Arab world by surprise. Both the Russian and British spy services were furious. The Jews were supposed to lose. Stalin had Maxwell’s Czech friend executed, but Maxwell himself was temporarily untouchable in Britain. Perhaps it was because Maxwell knew too much about too many secrets in the United States as well as the United Kingdom.

Maxwell had been recruited to SIS not merely because he was a highly decorated military officer who spoke eight languages fluently. As a senior guard at Spandau prison, Maxwell kept all the secrets the Nazi prisoners told him about the British nobility and Wall Street millionaires who secretly funded Hitler’s rise to power. I read many of these classified files during my government service.

But there is more to the Maxwell story than I was ever allowed to disclose in my books. The classified clock that locks off British files from congressional investigations for 75 years is about to expire. The big British dam is about to crack. A few bits at first, then it will all start to come out in a deluge of secret scandals that may alter our sense of history.
Recently, a British historian obtained partial declassification of a key fact: that Maxwell was recruited by SIS to work for Count Frederick (“Fanny”) Vanden Heuvel, a leader of the pre-war (and pro-fascist) private British corporate intelligence network called Z that paralleled the formal SIS structure and, in many ways, surpassed it. It was a commercial spy service run by and for the private profit of the one percent. During the war, Fanny was appointed Swiss station chief for the British Secret Service in Bern, counterpart to Allan Dulles for the American OSS.

The Mayor of the Chareidi Capital // Managing the city at...