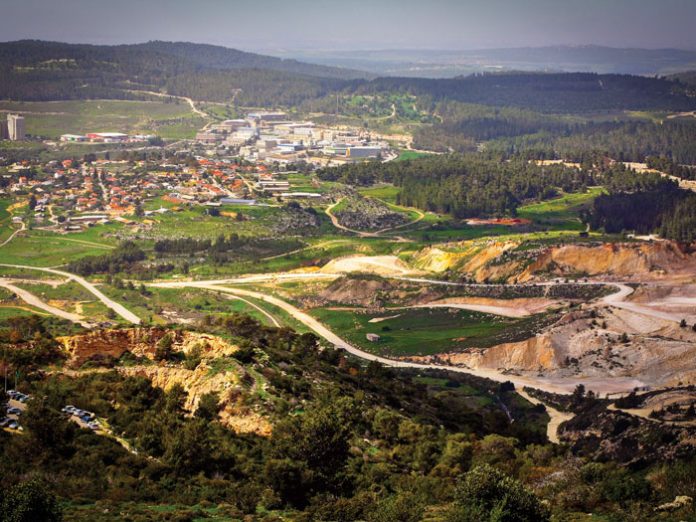 “In the beginning, when the tragedy first happened, people would look at me with pity and try to avoid making eye contact. But now? People come over to tell me that I inspire them and that they’re astonished by my family’s strength. If you ask me where it comes from, I would say that it’s the strength that Hakadosh Baruch Hu has given us to continue the path of our loved ones who are no longer with us. We have a purpose in life, and if what occurred to us happened in order for us to realize our goals, then there is no other explanation needed.”

Anyone who hears Orit Mark’s story will wonder how much suffering the human heart can bear and still go on beating. One cannot help but be struck by the resilience of this remarkable family. If a modern-day version of Iyov were written, it might very well be an account of Orit Mark’s unimaginably pain-filled life.

On a Friday afternoon in the summer of 2016, Rabbi Michael Mark, known to all as Rabbi Miki, was driving from his home in Otniel in the southern Judean hills to Yerushalayim. In the vehicle were his wife, Chava, and two of their ten children— 15-year-old Pedaya and his 14-year-old sister Tehilla, who were looking forward to spending Shabbos at their grandmother’s house.

Rabbi Mark was the principal of Otniel’s yeshivah and was one of the founders of this small pastoral settlement of about 140 families, located on a hill above Highway 60 south of Chevron. Otniel is tranquil and surrounded by breathtaking views, but its sense of calm obscures the fact that it is one of the most dangerous places in the territories. The settlement is surrounded by hostile Arab villages teeming with Hamas extremists, and the community’s geographic location leaves it very isolated.

The settlement had previously suffered a series of serious attacks. In 2002, Hamas gunmen broke in and murdered four students in Otniel’s yeshivah. In another tragic incident an attacker infiltrated the settlement, stabbing and killing one of its residents, Dafna Meir, the mother of six children. There’s also the constant danger of the exposed roads leading into Otniel, where hostile Palestinians often throw stones at the drivers, sometimes on a daily basis when tensions are running high.

Rabbi Miki was rounding a hill on Highway 60 toward Beit Hagai when his cousin, Yossi Cohen, called him on his cell phone. Miki told his cousin that he was driving and would call him back after Shabbos to chat, but that conversation never happened.

As the road curved, a white vehicle with Palestinian license plates overtook the Marks’ car. One of its passengers fired a barrage of 27 bullets through an open window, strafing Rabbi Miki’s car, hitting the front passenger seats and causing the vehicle to flip over. Rabbi Miki was mortally wounded; his wife, Chava, suffered severe head wounds.

“We heard a boom and then a series of gunshots and the windows shattered,” Pedaya and Tehilla recalled. “Ima shouted, ‘They’re shooting at us!’ and we ducked down. Abba kept driving. He was trying to save us, but then the car overturned.”

Muhammad A. and his wife, residents of a nearby Palestinian village, were driving on the road behind Miki and were horrified by what they saw. Muhammad stopped his vehicle and got out to help the family. As he approached the Marks’ damaged car, the terrorists returned. They were planning to film a video documenting the results of their attack, but when they saw Muhammad they changed their minds and drove away.

What No One Told Me Before I Got Divorced // Some...