For many of the public, the battle for the yeshivos against the New York State Department of Education seemed to end when a state court ruled that NYSED could not put in place its new “guidelines for substantial equivalency”—which would place requirements and oversight over yeshivos that could ruin chinuch in the city—on its own. But as we learned in recent weeks, it was only a temporary victory in the battle.

That’s because NYSED decided to follow the procedures for getting new regulations in place: Proposing them, scheduling a period for public comment, and then placing them before the New York Board of Regents for them to decide on. The proposed regulations are basically exactly the same as the guidelines for substantial equivalency that they had put in place. The danger is the same.

The period for public comment started after July 3, when the proposed new rules were introduced into the state register, and it will run through September 2. The comments will be weighed and discussed by NYSED with the Board of Regents, and NYSED believes that the final regulation will come before the Board of Regents in the fall.

An effort to get yeshivah parents and members of the community to send their comments in to NYSED is already underway. Several organizations, including PEARLS and Agudath Israel, have created public portals that make sending such letters easier.

To bolster that effort, PEARLS held a media event at the Boro Park Jewish Community Council’s offices this week. Rabbi Chaim Dovid Zwiebel of Agudath Israel of America, Rabbi Dovid Niederman of UJO, and Avi Schick of Troutman Sanders—who has been handling the legal aspect of the battle for the yeshivos—were in attendance and spoke, as leaders in the effort.

Avi Greenstein, the CEO of the BPJCC, started off the meeting by pointing out that while the public may be aware of what is going on in general, they may not fully understand the ramifications or the need for them to personally act.

Avi Schick told the gathering that there have been 15,000 comments written by the yeshivah community so far, as far as PEARLS is aware. But they hope to get many, many more than that.

“It’s an oddly coincidental time for the public information process,” he noted, because it coincides with summer vacation, when it is harder to rally parents to take action. He said that PEARLS is hoping to get the period for public comment extended. 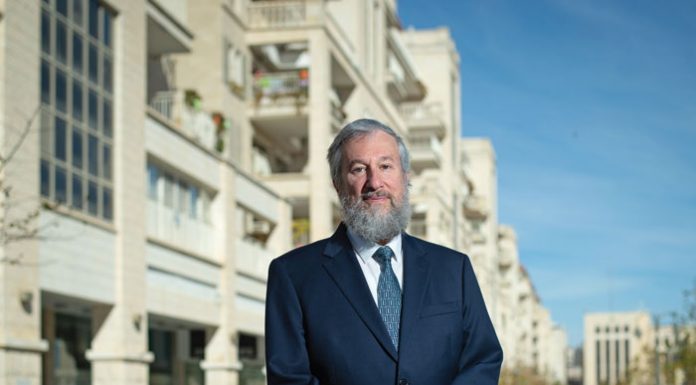 Israeli Feminists Vs. Chareidim // On January 15, Israel’s Supreme Court heard arguments on a petition filed by radical feminists challenging the right of...