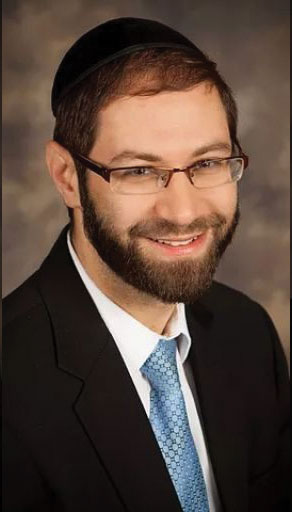 By last Tuesday afternoon, the name Reuven Tzvi ben Esther Baila was on everyone’s lips. He wasn’t just a 35-year-old husband and father of five young children, a beloved rebbe in Yeshiva Toras Chaim, author of a book (Yanky’s Amazing Discovery) to help struggling children, and a dedicated member of the close-knit Norfolk community.
He was our brother. One of us. And so, just a short while after he was swept away in a riptide, after heroically trying to rescue a struggling student, klal Yisrael sprang into action, joining forces in a search that would transform not only our extended community, but the way our nation is viewed across the world.

“The Coast Guard searched for a few hours, but they called off the search the very next day, when it turned into a recovery mission,” said Aryeh Leib Friedman, the director of Misaskim of Baltimore, whose team ultimately found the niftar. “Yet when they saw how the volunteers kept coming, working for hours on almost no sleep in the broiling heat, pushing on despite their exhaustion, it gave them the encouragement to continue the search.”

Achiezer. Misaskim. Chai Lifeline. Rockland Chaverim, Lakewood Chaverim. Rockland-based COMMSAR (Community Search and Rescue). Hatzalah. Just “regular” Yidden from the tri-state area and beyond, and as far away as Savannah, Georgia. From far and wide they came, joining the forces on the ground, in the air, and at sea, using high-quality military-grade binoculars, scanning the terrain for hours on end. Because we’re brothers, and he is one of us.

This tragedy, which leaves us all raw and shaken, is a mixture of pain and heartbreak, yet laced with incredible courage, commitment and strength of character.
Of course, there is the incredible courage of Rabbi Bauman, a beloved rebbe and day camp counselor, who didn’t hesitate for a moment, jumping into the raging current to try to rescue one of his talmidim. Then there’s the courage of his brave family and the close-knit Norfolk community, who remained strong and optimistic, never giving up hope despite the odds.

And, of course, there’s the courage of hundreds of volunteers, who unstintingly gave of themselves, spending hours and days on an exhausting search, refusing to stop until they would find Rabbi Bauman and bring him to kever Yisrael.

It’s not just a personal, localized story. It’s klal Yisrael’s story; the story of what makes us one family. Because it didn’t matter if you knew Rabbi Bauman, if you had any connection to the community in Virginia, what type of hat you wore, your havarah or accent or inflection. The Bauman tragedy was our tragedy. We are all in mourning together.

The story began last Tuesday morning, when Rabbi Bauman, along with a group of campers, went on an outing to the beach at False Cape State Park, a barrier island in the Sandbridge area, and some of the boys began to wade into the water. They were caught off-guard by a strong rip current, which carried them into the deep water, where they began to struggle. Rabbi Bauman, who was standing on shore, saw the children struggling and immediately jumped into the water to save them. Thankfully, they all made it out—but their rebbe was swept away.

It ended on Sunday afternoon, an agonizing five days later, when a boat carrying members of Misaskim of Baltimore, physically and emotionally exhausted after hours of patrolling the waters off North Carolina, noticed a body in the water, about six miles from where he was last seen. They kept a careful watch, immediately notifying the police and the coast guard, who came to retrieve the niftar. The news, while tragic, brought a measure of relief and nechamah to the grieving family, the community, and all those who’d been searching and davening for days.

Why were they patrolling in North Carolina, many miles to the south, if Rabbi Bauman had been last seen in Virginia?

Aryeh Leib Friedman of Misaskim Baltimore, whose team ultimately found Rabbi Bauman, explained: “Officially, the Coast Guard did not continue the search past the second day, after the rescue operation had turned into a recovery mission. Yet when they realized how many volunteers were committed to continuing and sensed the energy in the air, they remained involved, and even joined the search later on. We relied heavily on their expertise and estimates as to where our search would be successful. They told us that based on the tides and the direction of the wind, it was likely that the body had been swept toward North Carolina, which is why the boat headed to the area on Sunday.”
The search, which included multiple teams from numerous volunteer organizations, and was led by Rabbi Boruch Ber Bender of Achiezer, was carefully coordinated and organized, everyone working together harmoniously. That alone was a tremendous kiddush Hashem. 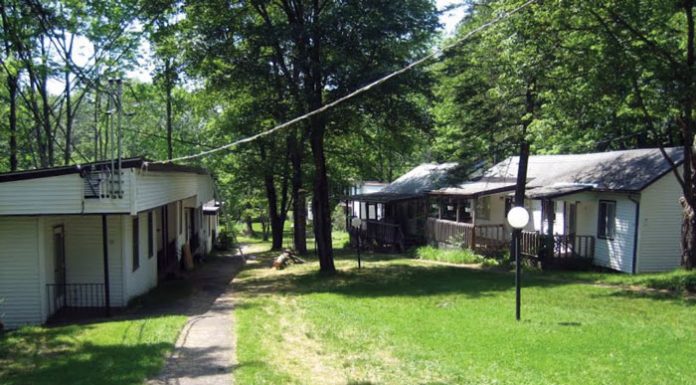 A 30-Year Relationship Ends? // Satmar Bikur Cholim and NYU have a disagreement