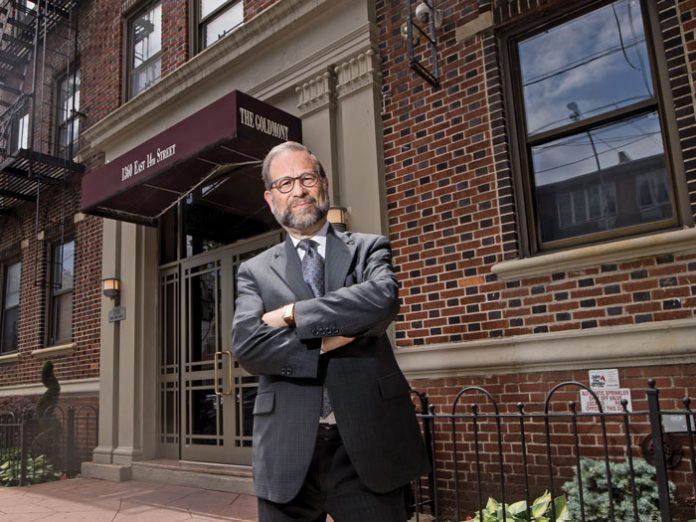 On June 14, the New York State legislature passed the Housing Stability and Tenant Protections Act of 2019, which made a long list of changes to laws concerning rental units in New York State. Governor Cuomo quickly signed it. But experts on the real estate market and other related industries in New York say that they have already begun to see problems that may drastically affect the economy of the city and state, and may go on to cause serious problems for the Jewish community. To understand the issues, I spoke with Leon Goldenberg, who is both deeply knowledgeable about the real estate industry as the longtime chief executive officer of Goldmont Realty and is also a community activist in various capacities, including as a member of the board of trustees of Agudath Israel of America.

Q: Are the new laws regarding rental properties as bad as people are saying?
A: They’re worse.

Q: That sounds like a doomsday scenario. I’ve spoken to a number of people in real estate and they seem depressed. Do you have any words of encouragement for them?
A: No. There are no words of encouragement. We have a city and state that have gone very far to the left, led by a socialist governor. Encouraging people to open a company of any kind or to invest here would be a mistake. The message I want to get out is: It’s time to move out of New York City and New York State, and most certainly not to do business here.

Q: Why is that?
A: The laws that were passed, which literally constitute the taking of property, are going to be very disruptive. They will affect every single New Yorker, especially those who own homes, since their real estate taxes will be hiked up to compensate for the government’s loss of revenue. And who knows what the legislature may do with regard to office buildings and retail properties? Now that they’ve pulled this off, there’s nothing to stop them from going into other areas and doing the same thing.

Q: How much tax revenue will the city and state lose because of the new legislation?
A: In my opinion, the government will lose a minimum of $5 billion over the next five years from a drop in the real estate taxes levied against multi-family buildings, as they’re based on the income and expenses associated with a property.

Q: How does the government know how much net income a given property makes?
A: To a large extent, taxes are based on something called RPIEs (Real Property Income and Expense statements). Once a year I have to file these things for the buildings I own. It isn’t exactly dollar for dollar, but there’s an adjustment based on that. If my RPIE comes down, it will force the real estate taxes down too. The point is that when you pass a bill, you have to look at the cost analysis and see what it’s going to affect. With this rent bill, they clearly didn’t do any such thing. They didn’t calculate the costs to the city. Real estate is the largest source of income for New York City by far. The value of multi-family buildings has gone down by $150 billion since the Democrats took over the state senate in November, which will impact the state and city’s coffers.

Q: But they can ignore your income and raise your taxes regardless.
A: They can’t ignore it. First of all, if I can’t pay my tax bill I’ll walk away from the property and there will be more foreclosures. When buildings are in foreclosure no one cares about violations, and the banks don’t know how to operate the buildings, so everything goes wrong.

Q: If the revenue drops by $5 billion the city and state would have to cut back on their programs.
A: The city and state will fund their programs whether they make sense or not. And if they can’t raise the tax assessments because the value just isn’t there, they’ll just have to raise the rate, and they’re going to have to do it for every single homeowner. Basically, all homeowners and condominium owners are the ones who will be footing a large part of this bill. So don’t think for a second that it’s just going to be the big real estate owners who will be hit. It’s going to be the homeowners in all five boroughs. The other people who will be affected are real estate brokers and mortgage brokers. If no one is buying you don’t need any brokers. They may not leave the business right away while hoping for a turnaround, but they won’t be making parnasah. Both industries are filled with members of the Orthodox community.

Q: How much did the market value of multi-family buildings drop since this legislation was passed?
A: No one really knows yet because we don’t have the data. But I can tell you that the values have dropped by at least 20% since the election, and in my opinion, prices have been cut in half by these new laws.