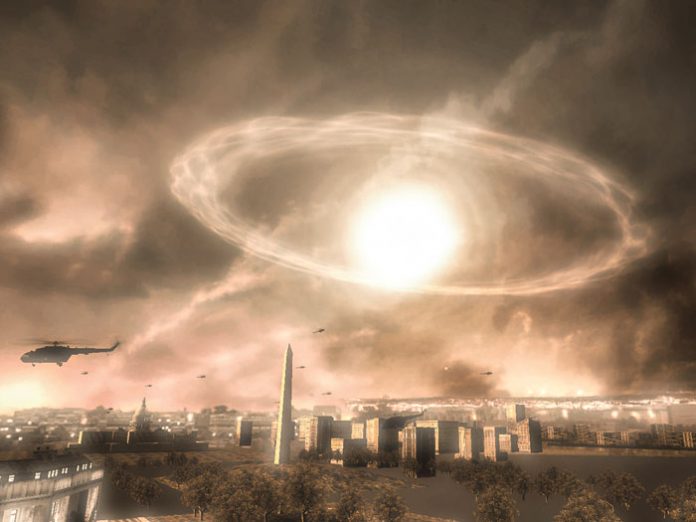 There is a saying that America’s generals are always preparing to fight the last war.
Pity.

The history of American body counts suggests that our opponents have recognized this flaw among our generals.

In contrast, our enemies are using innovative, asymmetrical and unconventional forms of warfare to confront the wannabe Pattons of West Point.

These graduates of West Point faced humiliation after humiliation in North Korea and Vietnam, as well as in Iraq, when 4,000 American soldiers were killed after their commander in chief had declared, “Mission accomplished.” Our generals did not see that coming. Similarly, our military brass never anticipated that a handful of Saudi skyjackers could attack the Pentagon and the Twin Towers, causing more American casualties than there were at Pearl Harbor.

Traditionally trained generals never seem to learn from their errors. Perhaps that is why modern military history consists of a long litany of avoidable defeats, interrupted by a few rare victories at exorbitant costs. The Americans remain bogged down in Afghanistan year after year, while the Israelis won the Six-Day War. Cheap and quick conquests are won by better intelligence, clever diplomacy or a major advance in weaponry.

Yet on June 11, 2019, the Joint Chiefs of Staff released Joint Publication 3-72, announcing the Pentagon’s shiny new policy on the use of nuclear weapons. Its pithiness is exceeded only by its absurdity:

Yeah, that’s the ticket. Don’t get discouraged if you are losing a battle. Nuke ’em! The JP 3-72 document was the first change in our nuclear doctrine in 14 years. “Arms control experts say it marks a shift in US military thinking toward the idea of fighting and winning a war with nuclear weapons—which they believe is a highly dangerous mindset,” the Guardian noted.

Yes, to put it mildly, nuclear weapons can be dangerous, both in terms of the amount of long-lasting damage from radiation and the near-certain risk of global retaliation for any first use of atomic weapons.

Nevertheless, our generals have convinced President Trump to build a new generation of old-style nuclear weapons, but with a slick new feature. Now you can dial the nuclear blast effect up or down so that the crater matches the size of cities, whether small or large. What is the point? That we can lay waste to people but should not waste plutonium?
Even rogue states recognize that launching a nuclear sneak attack would bring about global retaliation, possibly resulting in the near-extinction of their population. Traditional nukes are almost totally worthless in war because, as a practical matter, they can never be used in a war. Sure, everyone wants to have a nuke in their pocket, but no one wants to use it. No dictator wants the blame for another Hiroshima or Nagasaki hanging around his neck; he just wants some nuclear blackmail to keep him from being overthrown.

Unlike the Americans, none of our enemies are rushing to build arsenals of traditional nuclear weapons. Instead they are building invisible weapons capable of winning the next war, a war to be fought without killing or even wounding any human beings. Yes, our enemies have been building nuclear weapons that do not wound.

Years ago, our generals noticed that an atomic bomb detonated at very high altitude, 110 miles or more, generated an electron magnetic pulse, or The EMP pulsed out a wave of energy that passed harmlessly through human beings but fried every radio and piece of electronic equipment in a 100-mile radius. The Russians seemed to pay a lot of attention to that. Foreign sources, such as General Vinogradov of Russia, describe an enhanced-EMP weapon as a nuclear warhead of special design to maximize electromagnetic pulse as the primary lethal effect: “The main casualty and damage-producing element of this munition is a selectively enhanced electromagnetic pulse with high field intensity that knocks out any electronic equipment in a sector with a diameter around 1,000 kilometers.”

To prevent a Russian attack with an EMP weapon, our generals insulated all our military electronic systems to withstand an EMP pulse of 50 kilojoules per meter. That was a lot of defense back then, but times have changed.

The Russians have now built a “super EMP weapon” with a pulse of nearly 500 kilojoules per meter. Just one of these detonated high over Nebraska would literally melt the copper wiring on every circuit board in America. Anything powered by electricity that was running at the time of the pulse would be turned off forever. No more lights, no more power, no more power lines, telephone lines, power stations, gas stations, radio stations, trucks, cars or ambulances. No more cellphones, no more computers. No more water from the faucet. No more food in the stores.

On the search for my daughter’s shidduch //...