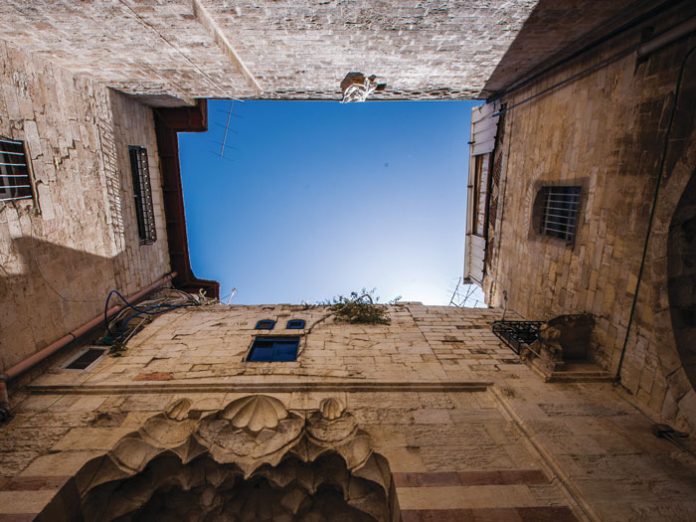 Even before Holy Woman, my biography of Rebbetzin Chaya Sara Kramer, was published in May, 2006, a year after her passing, strange things started to happen.

ArtScroll had been ambivalent about publishing the book at all. The editors liked the manuscript, but none of them had ever heard of Rebbetzin Chaya Sara, or her husband Rav Yaakov Moshe Kramer. The book made fantastic claims: that the couple gave brachos that were miraculously fulfilled; that they knew the future; that the esteemed Rav Chaim Kreiswirth considered Rav Yaakov Moshe to be a lamed vav tzaddik, one of the 36 hidden tzaddikim whose merit sustains the world. Although the book maintained that they were “hidden tzaddikim,” it also told how, during the last decade of Rav Yaakov Moshe’s life, the secret got out and many hundreds of people besieged the couple’s ramshackle little house in Israel’s Jezreel Valley. If the couple was so great, why had no one among ArtScroll’s formidable staff ever heard of them? Perhaps the book was more fiction than biography?
Then suddenly Mindy Stern, a longtime proofreader at ArtScroll, got wind of the debate. She “happened” to be related to Miriam Stern, who took over Rebbetzin Chaya Sara’s care in the final years of her life. Indeed, Mindy testified, Miriam Stern had taken her to meet the tzadeikes Rebbetzin Chaya Sara Kramer and she had received her blessing. It was all true. Thus ArtScroll agreed to publish the book.

Two weeks after Holy Woman hit the bookstores, I received a call from Mendy Herzberg in the ArtScroll office in New York. The book was sold out, and they were reprinting it. Did I have any changes? Holding the phone in my Jerusalem home, I couldn’t tell who was more shocked—Mendy or me. I was an unknown author writing about an unknown tzadeikes. How did the book sell out so quickly?

Two weeks later, Mendy called again. The book was sold out again and they were going for a third printing. In its first year, the book went through seven printings. It quickly became ArtScroll’s second bestselling biography, right behind Reb Moshe. Looking at the candle that I keep burning continuously for Rebbetzin Chaya Sara, I realized that she was behind this startling phenomenon. She had left behind no children; she had only this book to perpetuate her memory. From Gan Eden, she made the book a blockbuster bestseller. As it says, “The tzaddikim are alive even when they are dead.”

Another miracle of Holy Woman occurred just before the book was published.

In the summer of 1985, I had been in Israel barely a month. Hearing that I was a writer, someone who was trying to put together a book called, A Spiritual Guide to Eretz Yisrael (which was never published), asked me to write a chapter on holy women. I was at a loss as to how to track down such women when a stranger told me, “You have to call Elisheva. She knows everyone worth knowing.”

The person gave me Elisheva’s phone number, and I called her. She told me that I must meet Rebbetzin Chaya Sara Kramer, who lived in a moshav named Kfar Gidon, north of Afula. Elisheva told me how to get there via two Egged buses, and she also gave me the phone number of an English-speaking family on the moshav who would be willing to put me up for a Shabbos.

That was it. I turned the key that Elisheva had given me and walked through the portal into the aura of the holy tzadeikes Chaya Sara Kramer, and my life was forever changed. But by the time I realized how much I owed Elisheva, I had lost the scrap of paper with her phone number.

Many years passed. I married and had children. By that time, the Kramers had moved to Meah Shearim, and Rav Yaakov Moshe had passed on. I often visited Rebbetzin Chaya Sara and took friends to get her blessing. After many refusals, she finally consented to let me write her biography as long as I didn’t use her real name.

I started doing research. Often at the end of an interview, the interviewee would ask me, “How did you meet Rebbetzin Kramer?”

I would answer lamely, “Someone named Elisheva told me about her.” In all those years, my path had never again crossed Elisheva’s. Or perhaps it had, and I simply didn’t know what she looked like.

The more amazing material I gathered about the tzadeikes, the more I realized that this book would be not only a good book, but a great book. As my debt to Elisheva grew, so did my frustration at having no way to find and thank her after almost 20 years.

Rebbetzin Chaya Sara went to Gan Eden on 3 Sivan, 5765 [2005]. Rav Yitzchak Berkowits told me that I did not have to protect her anonymity any longer. The book could come out with her real name.

By Chanukah, 2005, the book was almost completed. My husband and I were invited to a melaveh malkah for a yeshivah where he had once learned. Rav Asher Weiss, spoke, and afterwards refreshments were served.

Alone on the women’s side, I knew barely anyone. I was relieved to spot my old friend Nechama Bergman. Nechama used to live in my neighborhood, but several years ago she moved to a moshav outside Jerusalem. I sat down beside her and asked her what was going on in her life. When she finished catching me up, she asked me what I was doing these days. 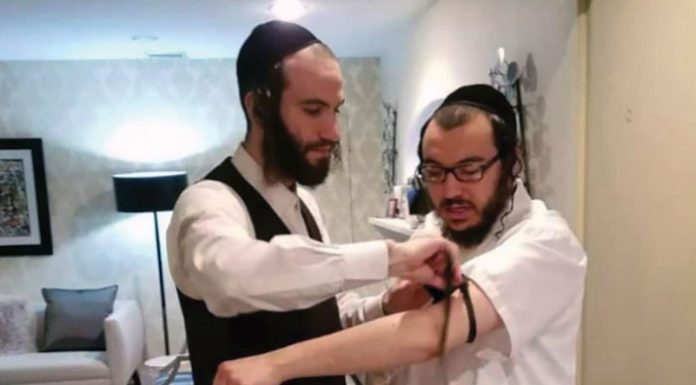