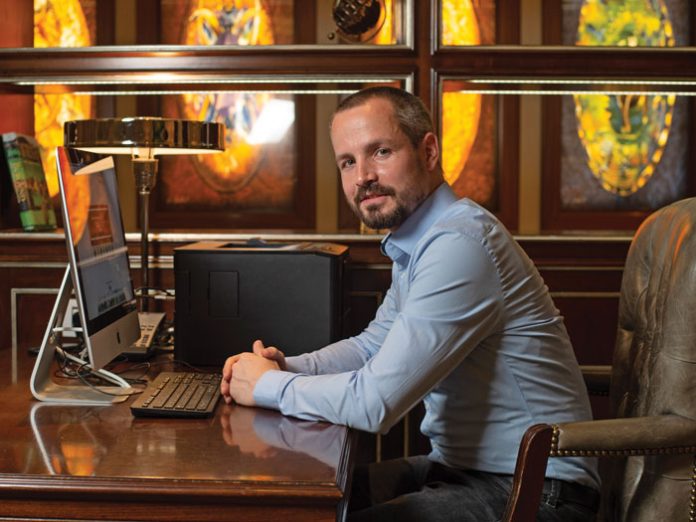 The renowned German poet, Johann Wolfgang von Goethe, once said, “Whatever you do, or dream you can, begin it. Boldness has genius and power and magic in it.”

Bold people, however, are hard to come by. Even eons ago Shlomo Hamelech stated, “I have found but one man in a thousand.” Yet without question Yonatan Lutz Langer is that one man, having undertaken a journey that perhaps only someone of similar background and experience can fully appreciate.

Born in Berlin to Christian parents, Yonatan currently lives in Eretz Yisrael and keeps Shabbos. In between these two polar opposites, he spent ten years in a neo-Nazi group, only to later discover the beauty and depth of Yiddishkeit.

While he subsequently underwent conversion under the auspices of a Modern Orthodox rabbinical organization that isn’t recognized by the Israeli rabbanut or other prominent batei din, as Yonatan tells me, his journey is still evolving.

In the interim, it is worthwhile to hear his spellbinding and rare tale. His insights are also rather exceptional.

From Childhood to a Radical Brotherhood
“We’ve featured former neo-Nazis who have mended their ways, but this is the first time I’m speaking with one who has moved to Israel and adopted the Jewish faith,” I tell him.
“I don’t think there are many of us,” he says with a laugh.

“I interviewed the Hungarian former neo-Nazi who discovered that he was a Jew.”

“There are a number of neo-Nazis who made that discovery, but I doubt there are many who weren’t Jewish and went through the internal process that led them to convert to Judaism and move to Israel.”

“Where are you from?”

“I was born in East Germany in 1983 and my family moved to East Berlin in 1985. I was six years old when the Wall came down but my parents decided to stay put, and that’s where I grew up. People who haven’t been to Germany think that East Berlin is ugly, but it’s actually become a very hip place where a lot of young people choose to live. Before the Wall came down there were parts of the city center that were neglected, but afterwards people started investing in the area and renovating the old buildings. They were reasonably priced and in good locations, so now they’ve become trendy. Under Communism, everything in East Germany was gray. It wasn’t somewhere you chose to live; you had to live there. But after the fall of Communism people started moving there because it was nice and modern. The neighborhood we lived in was always more of a working-class residential area.”

“What did your father do for a living?”

“He was a professional athlete who participated in the 1984 Winter Olympics in Sarajevo. After his team came in fourth place in one of the skiing events he was given a position in the East German Sports Ministry. After the fall of Communism he went into business selling clothing, going from store to store. My mother started out as a hotel clerk, but after the Wall came down she went to work in a distribution center.”

“Would it be fair to say that you grew up in a typical middle-class German home?”

“Yes. It was a good middle-class family with no neo-Nazi background whatsoever.”

“But you did dabble in extreme ideology.”

“It developed very gradually. I started training in sports when I was five years old, and I went to a sports school where I trained for 40 hours a week. My brother and I—he’s a year and a half younger than I am—were both trained in gymnastics and other athletics until we were 12 years old. At that point I quit gymnastics and moved on to karate. I became a karate champion and was very successful not only in Germany but across Europe. A lot of my friends in the karate club were as much as five to ten years older than me, and we used to hang out together after the training sessions, drinking beer and listening to neo-Nazi music. I was only 14, and I thought it was very cool. This was music that no one else had access to because it was forbidden, which made it even cooler. You couldn’t buy these recordings in stores; the only way to get them was by knowing the right people and making copies. We also went to parties where we met other people with similar tastes. Listening to this music and being around these people, who seemed strong and confident, was something I enjoyed. I was very glad to know people I could rely on and who would support and protect me if I ever had any problems.” 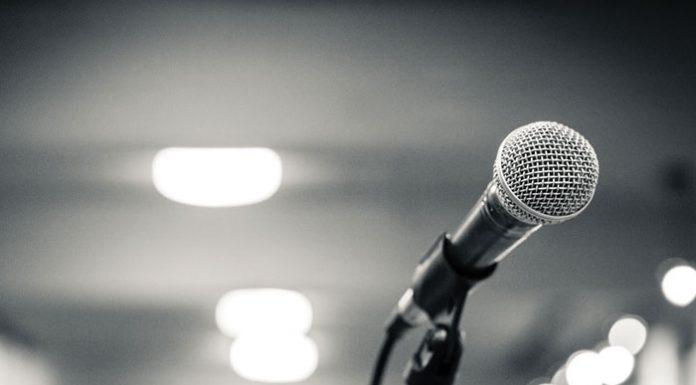