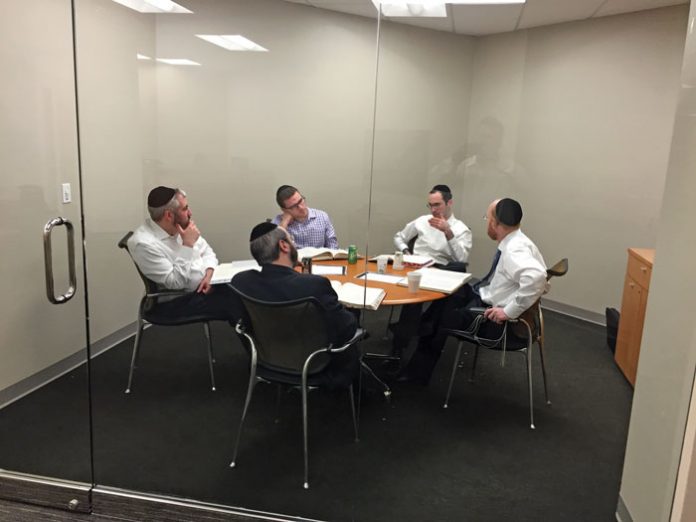 While some opportunities for learning have taken the more traditional form of a shiur during the day or even before it begins, a handful of employers have initiated individual learning time slots for their employees with a dedicated chavrusa who is a rabbi or kollel yungerman. And the idea is catching on.

But how to bring learning into your business while maintaining a working environment? Ami Magazine spoke with two companies that have implemented such programs, as well as with the rabbis who are learning with the employees. It turns out that bringing Torah into your workplace in a substantive way is easier than you think.

A Chavrusa
Rabbi Yechiel Wahl was learning in Beth Medrash Govoha when two yungeleit approached him and asked if he would be interested in learning with individuals in their workplace. At first he was skeptical that people would feel comfortable taking time out of their workday to learn.

“To be honest, when they first asked me, I thought to myself, Who is going to want to learn? These men are working full time and they’re very successful. Why would they want to disrupt their work?” he said.

But when he actually started learning with employees at Meridian Capital Group in Woodbridge, New Jersey, a large company that specializes in advising customers on commercial real-estate finance, he found that his initial assumption had been wrong. “People are so positive that it’s an amazing thing to see. It’s unbelievable.”

In some offices with learning programs everyone learns the same thing, but Rabbi Wahl decided to take a different approach. “I will learn any subject, either individually or in groups. We learn Chumash, Nach, halachah, hashkafah, Gemara, anything and on all levels.”

For those who might feel that their time in yeshivah wasn’t successful, these learning programs give them an opportunity as adults to connect with Torah.

“There are men who learned in kollel as well,” Rabbi Wahl said. “But they now have an opportunity to learn things at work that they never had a chance to learn in the kollel.”
Rabbi Wahl learns with the employees in the afternoons, from one o’clock until six. He breaks up his time into sessions, none longer than 25 minutes, so that he can learn with several people. The majority of the workers in the office take advantage of the program.
“I don’t have a slot for everyone; there are more people than there are slots. Some men come just once a week, some twice a week. But if someone wants to learn, we make it happen.”

The accomplishments are broad and many. There have been numerous siyumim on masechtos. A group that is going through Nach has already completed Daniel, Ezra, Nechemiah, Mishlei, Yirmiyahu and Yechezkel.

One group of former kollel members has been learning halachah with Rabbi Wahl. “We did the entire basar b’chalav, the entire ta’aruvos, the entire ma’achalei akum, and we’re learning Shabbos now,” he said. 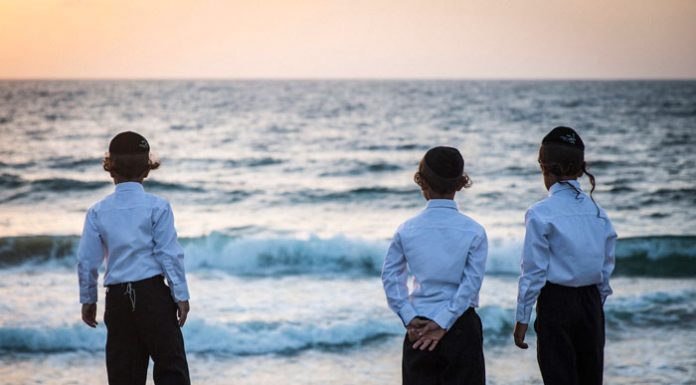