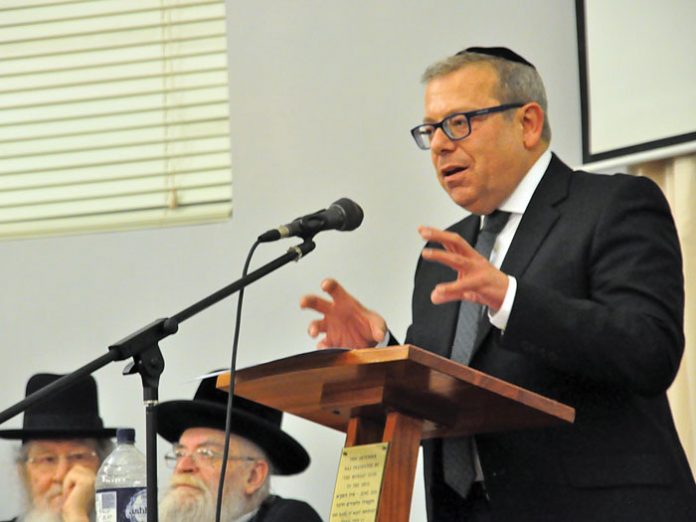 Shimon Cohen is the director of Shechitah UK, a community-wide organization that was established in 2009 to coordinate communication with the European Union on all aspects of shechitah. It unites under a single umbrella representatives from the Board of Deputies of British Jews, the National Council of Shechitah Boards and the Campaign for the Protection of Shechitah, as well as all of the other kashrus authorities in the UK.

Shechitah UK is dedicated to educating people about the humane method Jews employ to slaughter animals for food, as well as to dispelling the myths and falsehoods that have all too often been used as a means to attack the Jewish way of life.

Q: How did you get involved in shechitah?
A: I was initially introduced to it back in the 1980s, when I served as the primary secretary of the late chief rabbi. He was involved in a number of issues relating to shechitah, so as his chief secretary I was naturally included in them.
After he retired I went to work in the field of public relations and left shechitah behind. I was involved in real estate, law firms, international government organizations and charities for many years. Then one day around 2003 I got a phone call from a man who was the president of the Shechitah Board, who turned out to be a cousin of mine. I immediately made it clear to him that I wasn’t interested getting back into shechitah. My experience working in the office of the chief rabbi had been very dispiriting because the rabbanim didn’t see eye to eye on some issues. I was determined to avoid such a situation again.

Q: You told him that?
A: Yes, but he kept reassuring me that things had changed for the better, so I agreed to talk to him. After careful deliberation I said yes, but on one condition: “I am a public relations consultant,” I explained, “and I can manage this for you, but it has to be done professionally. The rabbanim have to trust that I know when to ask a shailah and that I will never pasken any issue related to halachah on my own. However, while I am not competent to make a halachic determination, I am learned enough to know when to ask a question. If they will trust me, I will do this.” Eventually all of the batei din—Kedassia, the London Beth Din, Sefardim—came on board. Since then, we have managed the campaign for shechitah at the very highest level of competence.

Q: What is your main approach?
A: We found that professional lobbying is the right way to argue against regulations that are detrimental to shechitah, and we have also been very successful in helping to formulate guidelines that have enabled us to maintain a very strong shechitah industry in the UK. Many other communities throughout Europe look to us for guidance. We have been extremely helpful to the Jewish communities in Poland and the Netherlands, and we are now working on the issue of shechitah in Switzerland.

Q: Tell me how Shechitah UK differs from England’s National Shechitah Board.
A: Shechitah UK is basically a PR organization that works on behalf of all the national shechitah boards with regard to defending the practice and navigating our way through EU regulation. Post-Brexit, we will be focusing on the new regulations that the British Parliament will attempt to pass. The National Shechitah Board, by contrast, deals with issues such as licensing and the employment of shochtim.

Q: Are you the head of Shechitah UK?
A: Yes. I’m the director, but I have a very good team that assists me, which includes a number of respected scientists.

Q: Would you say that Shechitah UK represents literally every Jewish group in the UK?
A: We represent absolutely everybody. I am very proud of this. For 16 years there was chaos with regard to shechitah, and we now have the respect and support of everyone. And even when we do disagree we hammer it out amongst ourselves and come up with a consensus position that is approved by the rabbanim, which allows us to go to the government and present our position.

Q: It’s truly amazing that you all work together!
A: It really is very special, which is not to say that it’s always an easy ride. There have been times when I was summoned to sit with the Kedassia dayanim to explain things in more detail, but at the end of the day they respect that fact that I know when to ask them for their opinion. We never compromise on any halachic issue. It’s all about navigating the system and facilitating the process. The only reason we seek publicity is to drive the support we need. There is no publicity for its own sake, handshakes and photographs for the purpose of handshakes and photographs. Shechitah UK isn’t interested in fame or recognition. The only thing that matters is getting the job done. 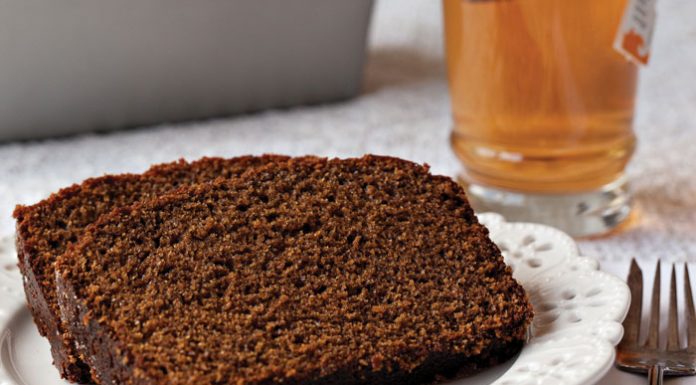 In The Devil’s Throat // A visit to a South American...