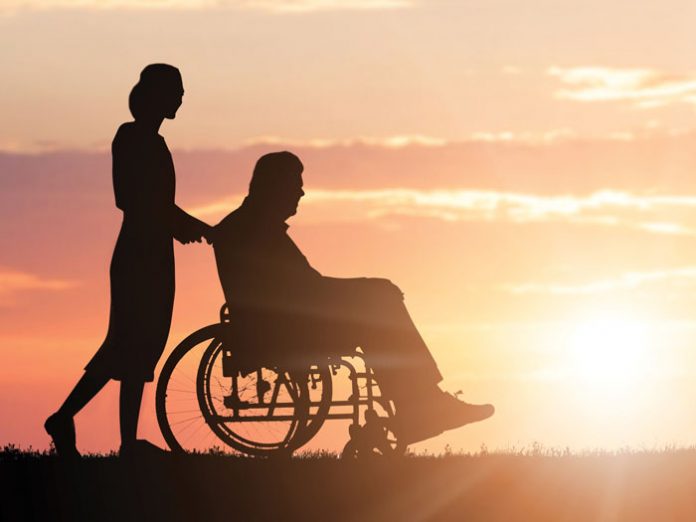 As the only girl in the family, I was delighted that my father called me his “maideleh.” My father, a Holocaust survivor, was a Poilisher Yid who never really mastered the English language. He spoke Yiddish to my mother and their friends, and his own version of English to us children, but the meaningful messages he conveyed to us were always said in Yiddish.

My father worked as a builder, and when I close my eyes I can conjure up an image of him with a hammer in his hand and two nails between his teeth. He had an assortment of tools, and I grew up around handsaws, levelers and sandpaper. The scent of sawdust is as redolent to me as the fragrance of honeysuckle in the spring. It embodies the blissful existence of my early childhood, when my father was the sun who beamed down on me with his radiant smile and warm brown eyes.

My father took great pride in his skills, believing that being a builder was his destiny. As a young boy in prewar Poland, he had once gone to the Gerrer Rebbe’s tish. There were crowds of men trying to get close to the Rebbe, and my father was astounded when he found himself standing directly in front of him. The Rebbe looked at my father and then gave him a brachah that my father found puzzling: “Er vet zoicheh zayn tzu boyen Eretz Yisrael—This one is going to merit to build Eretz Yisrael.” Why had the Rebbe given him that particular brachah? he wondered. Later, after surviving the camps, settling in Israel and finding work in construction framing houses, my father finally understood the Rebbe’s prophetic words.

Since construction workers try to beat the sun and get an early start, my father was always gone by the time I woke up. As a five-year-old, I looked forward to his return home in the afternoon; it was my favorite time of day.

We lived in a small apartment building with a few other young families, and when my father walked up the path, the first child to spot him would announce, “Abba’s home!” It didn’t matter that he was my father and not theirs, because my father was everyone’s Abba. He had an exceptional fondness for children that was broadcast through the twinkle in his eye.

After he got home, my father and I had our daily ritual. He would place me on his lap facing him and hold both my hands in his large, calloused ones. As we sat, he would sing Yiddish songs to me and we both delighted in this pastime.

The pleasure I felt was immeasurable. Although he had several songs in his repertoire we had our favorite, and we always ended up collapsing into fits of laughter with me landing in a full embrace against his broad chest.

When I got a bit older, I loved going to shul with him. I would skip by his side on the sidewalk or try to keep pace as he held my hand. When he was called up for an aliyah and I heard him say my name by the “Mi shebeirach,” my heart would swell with pride.

When I was six, my father had a heart attack while at work. He was hospitalized near the construction site, almost two hours away from home. He spent six weeks as an inpatient. Unlike today, children weren’t allowed to visit their parents in the hospital, so during his confinement I wasn’t able to visit. Long distance telephone calls were an inconceivable luxury, so for six long weeks, full of long afternoons, I longed for my father to come home.