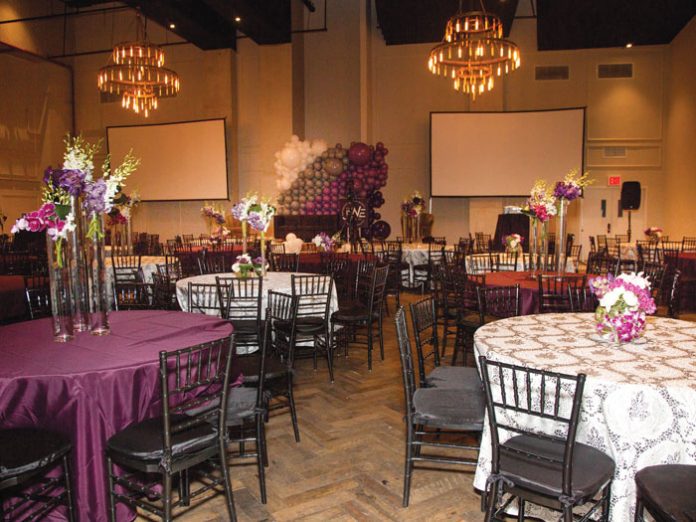 The feeling is electric in the Williamsburg Hotel on Tuesday as I join 400 women who have gathered for the fifth annual Jewish Woman Entrepreneur Conference.

“We all have the same struggles,” says Chagit Leviev, CEO of Leviev Group USA, who joined the JWE board earlier this year and whose keynote address was entitled Building with Intention. “You have to hustle and juggle regardless of whether you have $1,000 or $100 million in sales. We all want to be there for our children and our businesses. We don’t sleep, and we all overthink. It’s important to help each other as much as we can. That’s why I’m so honored to be here to empower and inspire others by sharing my journey. It’s ambassadorial work that we do for ourselves.”

JWE founder Chaya Appel Fishman introduces Talia Mashiach, CEO of Eved, an event commerce company. Talia is here to say a few words before heading to the airport. “Chaya Fishman,” Mashiach says, “is building this community of women, which is unique, because as Jewish women we share so much in our personal lives. Many men I work with cannot understand how I can manage and grow a large software company while keeping Shabbos and raising five children. That’s why I came to this conference to inspire and mentor.”

Mentorship is a cornerstone of the programs JWE offers. Ariela Esquenazi, CEO and president of Ariela and Associates, a garment company that sells over $60 million worth of merchandise a year under various national brand names, has been on the board of JWE for several years and has served as a mentor to The Frock’s Chaya Gestetner-Chanin and Simi Polonski. This year, Esquenazi was a panelist for a discussion entitled “Staying True to Your Values: Building a Business Empire without Compromise.”

“I am excited to help other women,” she says. “Success requires confidence, along with a willingness to acknowledge reality. When something isn’t working, be willing to change direction. Being optimistic doesn’t mean being unrealistic.”

Motivated women entrepreneurs gather around her, notebooks in hand. What’s the secret of your success? they want to know. “I don’t think it’s a secret,” she says. “It’s a lot of hard work and surrounding yourself with the right people. There is luck involved, but it doesn’t happen without work.”

Hard work is a theme that reverberates throughout the room. “I was impressed by how many of these women’s businesses were so well-developed,” Esquenazi adds. “Without mentors or a lot of outside funding these women were able to figure out creative ways to start, grow and scale their business, which isn’t easy.”

Chaya Krinsky, lead designer at Tov Furniture, a company that does a lot of business in China says, “The world has become very small and interconnected through social media, and you can access everything these days. But it’s still priceless to have concrete, real interactions and hear different people’s experiences in person. It’s wonderful to be able to help people who once stood in your shoes, whether it’s with a family issue, a business tactic or a question about negotiating. It’s incredible to be able to give back. We have an obligation to help; that’s what we’re here for. And we’re learning so much from everyone else’s tactics and methods.”

I’m inspired to see the panelists’ openness and genuine desire to share their expertise. Women, from chasidish to Modern Orthodox, are locked in long discussions. “As long as you’re a business owner, we’ll support you,” says JWE project coordinator Abby Wolin, who is today’s hostess and also runs the organization’s day-to-day operations. 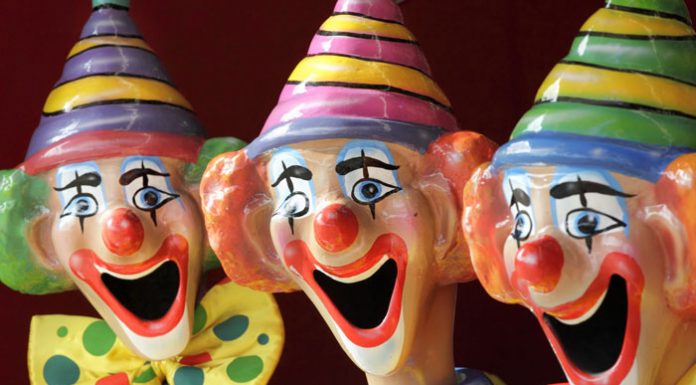 When Lightning Strikes Twice // My Baby Was Struck With A...