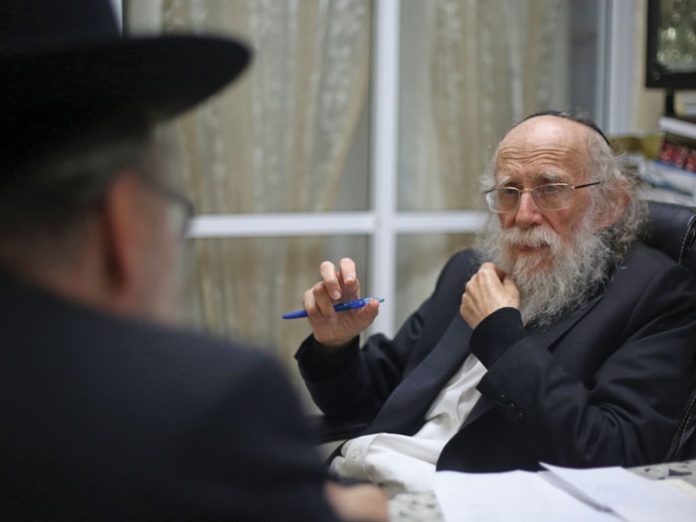 It has been said that all human encounters ultimately lead to a relationship with the Divine. But when meeting exceptionally pious people, G-d’s presence is palpable almost from the very first moment. My meeting this rainy evening in Bnei Brak with the noted posek Rav Shimon Galai brings that reality to the fore.

“Everything is from the Ribbono Shel Olam,” Rav Galai says to me over and over again when I tell him how moved I am to see people of all ages stopping him on the street and asking for a brachah. “It has nothing to do with me,” he insists. “Everything is from the Borei Olam. What power does a person have? As soon as he doesn’t feel well he’s not worth anything anymore. Everything is dependent on the chesed of Hakadosh Baruch Hu, every minute and every second of the day. A person is nothing by himself. The Borei Olam gives us koach, and we have to utilize it for the sake of His name. May we be zocheh to understand that everything comes from Him.”

While very few people can relate to this level of ahavas Hashem and ahavas Yisrael, almost anyone can empathize with this gadol’s apprehension. It must be a huge responsibility to know that one’s blessings have the potency to alter people’s lives. Still, while acknowledging that Hashem is the source of everything and there aren’t any intermediaries between the Ribbono Shel Olam and His children, I gently take issue with his insistence that his ability to bless people has nothing to do with him. It most certainly has everything to do with his extraordinary piety. In fact, when he connects to a person by giving him a brachah he creates a force for kedushah and an ineffable aura of sacredness that undoubtedly brings about yeshuos. I say that because I can feel it in my own heart.

I am accompanying Rav Galai this evening to the Mayanei Hayeshua Medical Center in Bnei Brak, where his brother has recently had his foot amputated. When we enter the facility, a security guard who recognizes Rav Galai asks him how he has been. In answer, he lifts his hands towards the heavens and says exultantly, “Thanks to Hakadosh Baruch Hu I can walk.”

“When I heard what happened to my brother,” he tells me, “I said, ‘Ribbono Shel Olam, thank You for giving me two healthy feet so I can walk to shul. I can daven and learn!’ When we see what another person doesn’t have, we know what to be grateful for.”

The amputation of his brother’s leg, he shares with me, also drove home his own brush with not being able to walk. Nineteen years ago he was involved in a terrible car accident, after which the doctors told him he would never walk again. Today, Rav Galai maintains that he feels like a teenager, because after the accident Hashem gave him a new lease on life.

The mishap occurred when a car being driven by a policeman struck Rav Galai as he was crossing the street. When the driver jumped out of his vehicle to help his unfortunate victim, who was bleeding profusely, Rav Galai told him serenely, “If you really want to help me, you can undertake to start keeping Shabbos.”

A few minutes after Rav Galai goes upstairs to visit his brother, a young woman comes over to me and asks if I can help her get Rav Galai to answer a question about naming her newborn. I tell her that the rav will be returning in a few minutes and she should wait. Upon returning to the lobby, after being stopped countless times by other visitors, I introduce the young lady to him. She asks Rav Galai about naming her daughter Naamah, as she has heard that it isn’t a good name. Rav Galai tells her that if she has in mind to give the name after Naamah, the wife of Noach, she may do so. She then asks for a brachah for health as well as a brachah for her husband, who is learning halachah. Rav Galai gives his brachah for both of them. 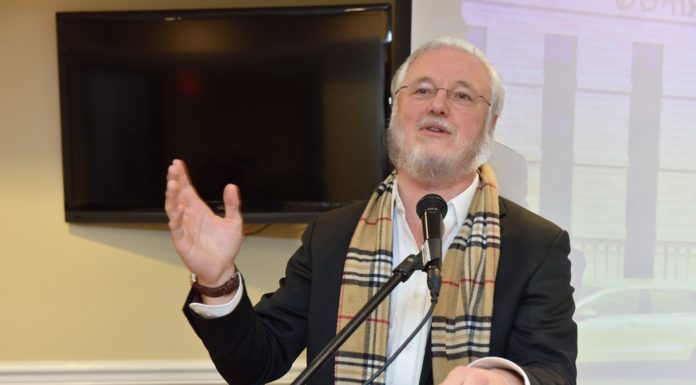 Will Europe Finally Cut Off Russia? // Moscow plays hardball with...