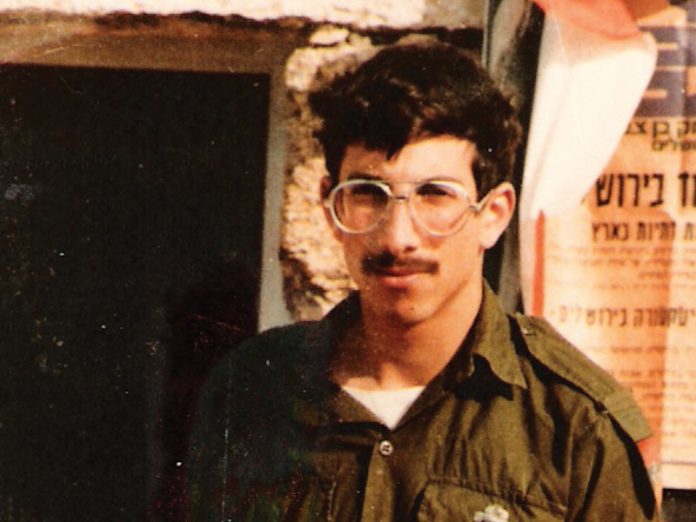 L ieutenant Chezi Shai poked his head out of the tank turret and looked across the darkness at the cypress trees lining a long avenue. To the right, soft hills were visible in the dark, to the left was the Sultan Ridge, with the lights of the village of Sultan Yacoub glistening on its slopes. He was deep in Lebanon, at the head of a column of tanks speeding toward the strategic target set by his commanders: the crucial axis connecting Beirut and Damascus.

It was the night of June 12, 1982, five days after the outbreak of the Lebanon War, which was known in Israel as Operation Peace for Galilee. Under Syrian auspices, Lebanon had become the area of ​​operation of Palestinian terrorist organizations that had de facto control of Lebanese territory. Israel had decided to go in and clean out the terrorists once and for all.

Chezi was an officer in the reserve battalion in Armored Corps 362, comprising soldiers from hesder yeshivos, known in the military jargon as “benishim” (bnei yeshivot). Together the commanding officers and soldiers trained, and together they were called upon to go to battle in tanks.

It was midnight, and they progressed without encountering Syrian forces. Before the departure at 8:40 p.m., battalion commander Lieutenant Colonel Ira Efron had briefed Chezi and the other commanders. “We do not expect a battle,” he said. “There is no massive Syrian force out there to interfere with us; we are attacking an area that is basically clean. We have to hurry forward to the Beirut-Damascus road, and we do not have time to linger with small forces.”

The briefing seemed to be accurate. Next to Chezi was gunner Arik Lieberman, communications operator Zvika Feldman, a young Tel Avivian who was planning his upcoming wedding, and driver Zechariah Baumel. Chezi valued his soldiers highly. He particularly admired Baumel, a 22-year-old student at the Orot Etzion hesder yeshivah, who always had words of emunah to encourage his tank comrades. Before departing, he would read Tehillim to them and recite Tefillas Haderech.

Suddenly an order came from Efron: “Break strongly to the right.” Chezi obeyed and then a whistle was heard followed by a fire-bomb landing on the front of the tank. “We’ve been hit,” shouted Chezi, as the tank started to burn. “Get out!” He leaped out of the turret, and the hell that was the Battle of Sultan Yacoub began.

A Painful Episode
The story of Sultan Yacoub is one of the most painful episodes in the history of Israel’s wars, a failed battle resulting from a chain of errors that came with an unbearably high price.

In the operational plans that preceded the war, IDF intelligence officials noted that the area was problematic and that tanks could be destroyed there, both because of irrigation channels that crossed the valley—making it difficult for the tanks to traverse—and because of the control of the ridges to the east and west of the area. Israel’s military intelligence knew that the Syrians were aware of its significance as a strategic point. They knew the Syrians had entrenched themselves in the area before the outbreak of the war, and they knew that a Syrian brigade controlled the ridges along with terrorist organizations, including the Popular Front for the Liberation of Palestine (PFLP) headed by Ahmad Jibril, and the As-Sa’iqa Palestinian terror organization. But none of this information was disclosed.

Four days after the outbreak of the Lebanon War, the commander of the eastern sector in Lebanon, Major General Avigdor Ben-Gal, ordered tank brigade unit 399 to advance towards Sultan Yacoub, and to prepare for the conquest of the region up to the Beirut-Damascus highway. A ceasefire was due to take place the following day, on Friday afternoon, and Ben-Gal wanted to complete the operation before it went into effect. Late in the evening, he flew by helicopter to a meeting at the Northern Command headquarters and transferred command of the sector to his deputy, Major General Ehud Barak. It was Barak who ordered the battalion of reserve tanks under Ira Efron to enter the valley. There were two possible routes, but Barak was so sure of success that he did not bother to examine them, and he chose the dangerous central axis.