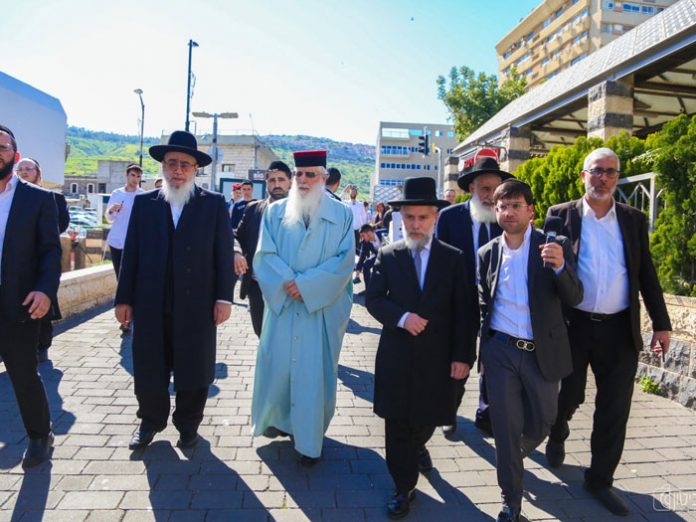 As winter rains flow from Tel Dan and the Banias to fill Lake Kinneret, this abundant water has special meaning for Teverya’s burgeoning Torah community, whose lakeside location as one of Judaism’s four holy cities represents the element of water. Water, the Talmud tells us, equates with Torah; perhaps that is why Tana’im and Amora’im, including Rabbi Akiva, Rabbi Meir Baal HaNes, plus the Rambam, Ramchal, Shelah Hakadosh, and other great tzaddikim are buried in Teverya.

Teverya Mayor Ron Cobi, however, sees the full Kinneret as an affirmation of a different kind. For Cobi it symbolizes his quest to make Teverya the entertainment and tourism capital of the country.

Before describing Hidabroot’s massive three-day “Shabbos of Peace” festival in Teverya as emissaries of Rav Chaim Kanievsky, Rav Shalom Cohen and other gedolei hador (punctuated by a high-stakes Erev Shabbos meet-up on the boardwalk between leading rabbanim and the mayor), a little background is in order on Ron Cobi’s challenge to Teverya’s long-standing status quo on religion and state.

Cobi came on the political scene in 2018 as a 47-year-old oil tycoon who saw the underdeveloped Teverya waterfront as a golden opportunity to generate business and create a name for himself.

He also saw it as an opportunity to swipe at the religious public. In recent years modest apartment prices have made Teverya an attractive alternative for chareidim seeking cheaper housing beyond the major Torah centers. Cobi cynically turned this into a campaign platform full of divisive, anti-chareidi rhetoric that included the slogan, “Preferably an Arab city than a chareidi city.”

Given that in a democracy a rapidly-growing demographic has growing influence, Cobi campaigned on the promise of discriminatory policies to deter chareidim from moving into the city. “Chareidim are 22 percent of the city’s population, and we cannot allow them to reach 30 percent…” he said during the campaign. “Every chance I have to stop housing construction for chareidim, I’ll do it.”

United Torah Judaism MK Menachem Eliezer Moses called out the hypocrisy, saying: “Would you dare speak this way about Ethiopians or Russians?”

Pushing Back with Peace
Cobi’s seeming insatiable hunger for attention means he’s on the lookout for a political enemy with whom he can rustle up a fight. As the brainchild behind “Shabbos of Peace,” Rav Cohen hopes to diffuse that, so as not to provide fodder for provoking the anti-chareidi base.

“I don’t see this as a war,” Rav Cohen says. “Every Jew wants to keep Shabbos. Shabbat shalom is what every Jew seeks. If the mayor doesn’t appreciate the value of Shabbos, he hasn’t yet properly understood it.”

Yet Cobi, the self-described “bulldog,” incited Teverya residents to take up arms in battle. “We’ve started a war,” he broadcast on social media. “This is a war over this city. This is a war over our way of life… If you don’t wake up to that fact, within a year, you won’t be able to live here.”

From the mayor’s office Cobi has made Teverya’s major tourist attraction along the Kinneret shore—the Alon Promenade—a flashpoint of religious controversy. He openly encourages store owners to stay open on Shabbos, and in one video appears to aggressively demand that a business owner remove a sign saying “Closed on Shabbos.” There have even been accusations of untoward methods to intimidate shop-owners to not close on Shabbos. 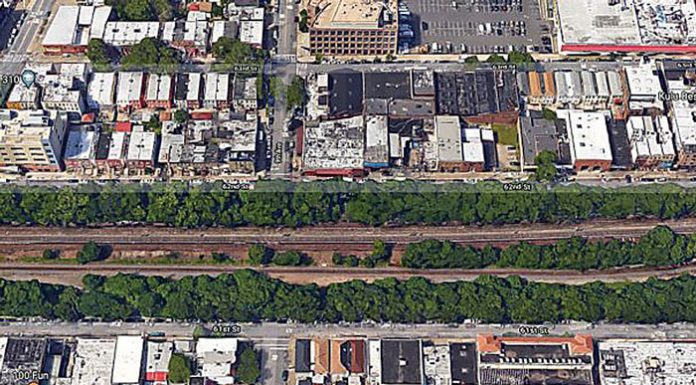