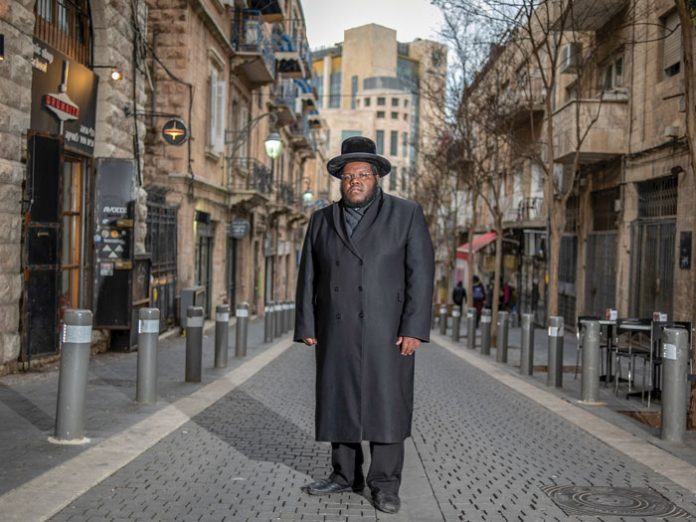 Nissim Black, the former gangsta rapper who found Yiddishkeit six years ago, has been producing critically acclaimed music since he was 13, but on this nippy winter morning in Yerushalayim my objective is to learn more about his neshamah than music. As I was staying in a hotel only a few short blocks from his studio, which is located on a small street off Rechov Yaffo, I figured I’d meet him there. What could be more invigorating than a leisurely stroll through the streets of Jerusalem? However, I quickly realized that while an oppressive, windowless studio might be conducive to recording music, it’s not an ideal venue for a heart-to-heart conversation. So I asked Nissim to meet me back at my hotel.

It took me only about ten minutes to get back, but Nissim didn’t show up until almost an hour later. When I inquired about his whereabouts, our photographer explained that Nissim had taken a roundabout way, as he was trying to avoid walking down certain streets due to his concerns about shemiras einayim. I had gotten a glimpse into Nissim’s soul even before I’d had an opportunity to schmooze with him.

“People think that just because I’m out there and my music is so contemporary that I’m hefker. I am not hefker. It’s not enough for me to be a Yid. I really work hard on my mikdash penimi, striving towards kedushah and strengthening my emunah. Much of my day is spent in hisbodedus and learning and talking to Hashem, and I try to have a good influence on others. Right now a lot of that has been curtailed because I’m busy trying to get my kids into school, but that’s who I am. I am a person who seeks the emes and speaks the emes.”

Those who only know Nissim from his on-stage performances might also have the impression that he’s a hardcore urban rapper, but as I quickly discover, he has a gentle demeanor and chasidishe mannerisms. Even the way he gestures with his hands when making a point is reminiscent of the shtetl. And although Nissim is clearly of African origin, I find myself having to repeatedly remind myself that he wasn’t born an Orthodox Jew. In fact, the former Damian Black grew up in the Seward Park neighborhood of Seattle, where he was exposed to drug abuse, violence and gangs before ultimately becoming a ger tzedek.

We all know that it’s a mitzvah to love a ger tzedek. With Nissim Black, I soon realize that it’s an easy commandment to fulfill.

Al Hanissim
Gangsta rap is a sub-genre of hip-hop music that features aggressive lyrics and references to gang violence. While all that aggression is gone today, Nissim’s vocal delivery still incorporates some of the best elements of rap. He’s certainly good at articulating ideas with punchy words.

“Purim is a unique chag,” he tells me with a broad smile after I inquire if it holds any special meaning for him. “It’s a chag of nissim.”

His quick rejoinder makes me chuckle, as it’s obviously meant as a play on words because of his name.

“Do you feel a connection to Purim aside from your name?” I clarify.

“We finished our geirus right before Purim,” he shares, “so I remember feeling that we were going into Purim as brand-new Yidden. It was the first chag my wife and I celebrated after our geirus. I will never forget that Purim and how we sang ‘Al Hanissim.’ It was unlike any other Purim I’ve ever had.

“Mordechai told Esther that if she didn’t save the Jews, Hashem would send someone else. Mordechai knew that Hashem was going to take care of klal Yisrael no matter what, because he was connected to all the promises Hashem had made through the neviim. It was only a question of who was going to step up to the plate. That’s the lesson the story of Purim holds for me.”

“The Megillah says ‘v’rabim mei’amei haaretz misyahadim,’ so we find that a lot of geirim joined klal Yisrael after the fall of Haman,” I point out. 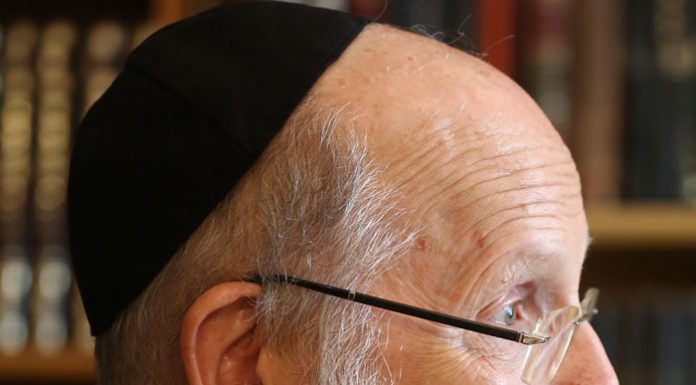