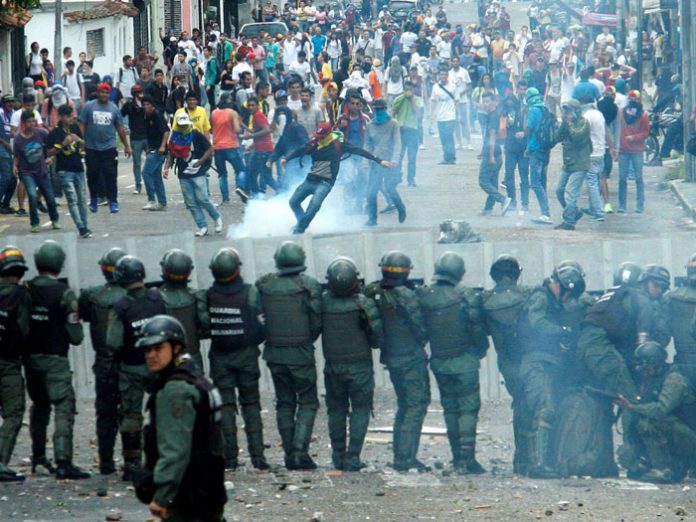 Political chaos reigns in the streets of Venezuela.
Government mismanagement, first by now-deceased former President Hugo Chavez and then by his successor Nicolas Maduro, has for several years plunged the country into dire economic hardship. Shortages of basic goods came along with skyrocketing inflation, which hit a rate of 80,000 percent in 2018.

In January, faced by the unending hardship and even starvation of the Venezuelan people, the National Assembly appointed opposition leader Juan Guaido as president.
Numerous countries, including the US and several Latin American countries, have recognized Guaido, who opposes the socialist policies of Maduro (as well as his foreign policy; Guaido has said that he will reestablish ties with Israel, for example).
But forces loyal to Nicolas Maduro remain in control of most of the country. The dire shortages of food and medicine have continued, with the government and the anti-government protesters blaming one another for the burning of an aid caravan coming from Colombia.

Over the past few days, the country has seen its worst series of blackouts ever, dropping most of Venezuela into darkness, apparently because of a problem with the country’s main hydroelectric dam. There have been reports of looting and other violence, as well as the deaths of patients in hospitals who were reliant on medical equipment.

Guaido accused the Maduro government of the “murder” of 17 people he said died due to the blackouts. Maduro, for his part, claimed that the electric grid had been sabotaged.
The Jewish community, centered in Caracas, is suffering along with the rest of the country. Rabbi Dovid Perets, who was a rav in Caracas for 17 years and whose brother is now the rav there, told Ami that this past Shabbos all but one of the shuls were illuminated by candlelight for davening. “Only one shul has a generator,” he said.

One woman from Venezuela who now lives in New York told Ami that because of the spotty electricity she was only able to speak to her in-laws, who still live there, for a short period on Sunday night. But soon they were cut off again, with a few electronic messages making it out when the power momentarily went back on.

The electricity problems have also cut off water for lengthy periods.

But the darkness is just the latest in a long series of travails for Venezuelans, with the economy in tatters and political instability increasing.

Rabbi Abraham Garzon is the rosh kehillah in Caracas. Ami spoke to him and his wife while he was in Israel because of the birth of a grandchild. Rabbi Garzon said that they were scheduled to fly back to Caracas on Tuesday morning, but the flight had been canceled because the blackouts meant that the plane would not be able to land.

He said that in regard to security, the Jews of Caracas have been relatively safe, and there has not been a strong threat of anti-Semitism. “You can wear a tallit and tefillin in the street and nothing will happen. The problem is the political and economic situation,” he said.

That doesn’t mean that the community is not on edge. Mrs. Chaya Rosen, who moved to the US almost 20 years ago but still has close family and friends in Venezuela, told Ami that she attempted to make a campaign for Shabbos, centering on disconnecting from media, in which she mentioned President Maduro.

“Immediately, the Jewish security service contacted me and my sister: ‘Who made this campaign? Why did you use the name of the president? Now we have to monitor all of the media to see if they respond badly to this.’ I said, ‘What? I’m just raising awareness about keeping Shabbos.’”

But, she said, it appears that there is some concern that Maduro may turn his attention to the Jewish community, something she posits may be because of his increasing relationship with various Muslim countries as the rest of the international community ostracizes him. 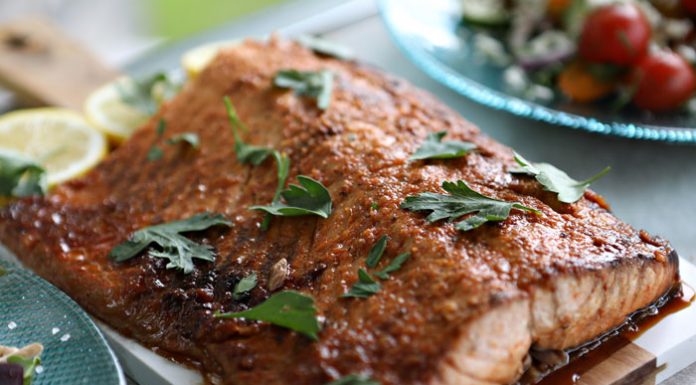 The face of the Stock Market // Peter Tuchman is the...

A Pandemic of Pilferage // Honesty isn’t the human default