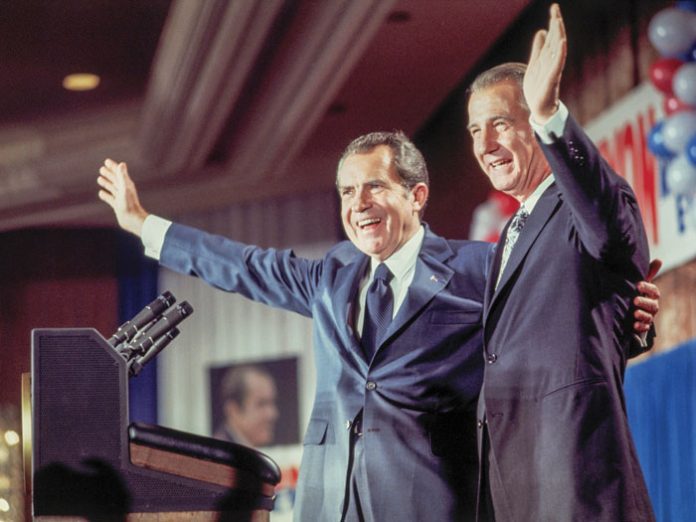 It’s hard to introduce a shocking story from several decades ago, but last week MSNBC host Rachel Maddow attempted to do that when she reported on telegrams and letters between former US Vice President Spiro Agnew and representatives of the Saudi Arabian government.

Agnew is best known as the member of the Nixon administration who failed to get caught up in Watergate by virtue of being caught up in his own scandal before Watergate really broke wide open (and because he was never part of Nixon’s inner circle). In 1973, Agnew pleaded guilty to tax evasion (he was also accused of bribery) and resigned his position of vice president.

That resignation sent him into a political hinterland. But the episode also apparently inspired Agnew’s anti-Semitism, which he went on to publicize. That Jew-hatred is evident in the correspondence, dating to 1980, which Maddow’s team uncovered, but even more disturbing is how the Saudis appear to have responded.

In his first telex to Saudi chief of royal protocol Ahmad Abdul Wahab, Agnew wrote that he wanted to meet with then Saudi Crown Prince Fahd (who later became king) for an urgent personal matter, which they agreed to. What was the meeting about? He explained in a letter to the crown prince, written a little bit later that year: The Jews had driven him out of office, and he needed to strike back.

As Agnew wrote, because he was not involved in Watergate, the “Zionists”—whom he identifies with US Jewish organizations—were forced to cook up accusations against him.
“Since 1974, the Zionists have orchestrated a well-organized attack on me to use lawsuits to bleed me of my resources to continue my effort to inform the American people of their control of the media and other influential sectors of American society… I’ve taken every opportunity to speak out against the catastrophic US policies regarding Israel. This has spurred my Zionist enemies on to greater efforts. I need desperately your financial support so that I can continue to fight.”

Agnew goes on to ask the crown prince for a three-year interest-free loan of two million dollars, which would produce $200,000 a year of interest he could live off of, arranged in such a way as to make it not traceable to Saudi Arabia. He ends the letter with a congratulation to the crown prince on a recent call to “jihad” against Israel.

As Maddow showed, Agnew went on to thank the crown prince in a later letter for acceding to his request, at least in part.

The idea that the Saudis were paying a former American vice president—if a disgraced one—to combat US Jews seems alarming. Maddow, in her report, obliquely connected the letters to the questions that have arisen about the US relationship to the Saudis in recent months, with the massive US defense package being sent to Saudi Arabia and the Trump administration’s determination to keep that relationship strong in the face of the murder of Washington Post contributor Jamal Khashoggi by Saudi representatives.

To get a better idea of what this odd deal, nearly 40 years old, meant and whether it has any current relevance, Ami spoke with Prof. Justin Coffey, a professor of history at Quincy University and the author of Spiro T. Agnew and the Rise of the Republican Right; and with Dr. Mitchell Bard, the executive director of the American-Israeli Cooperative Enterprise, director of the Jewish Virtual Library, and an author of several books and articles that looked at the influence of Saudi and Arab money on American politics.
Their interviews have been edited and reorganized for clarity. 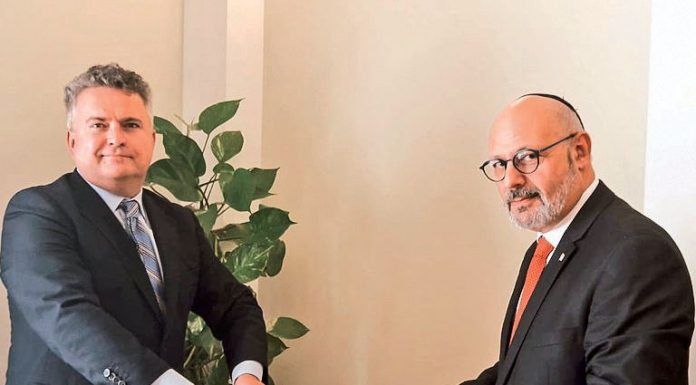