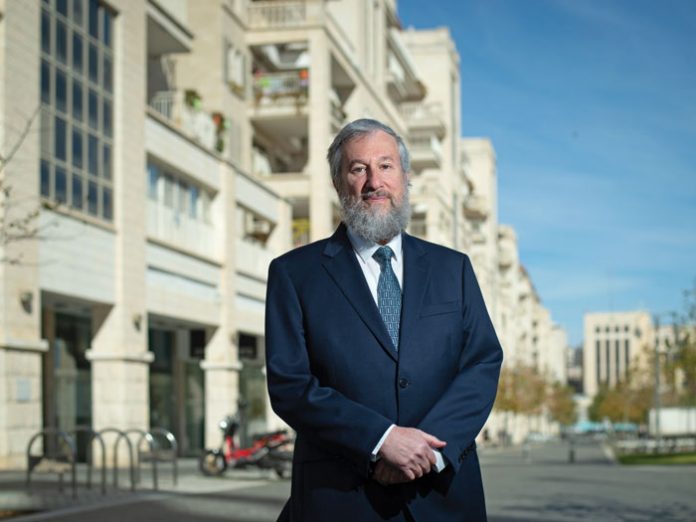 The American philosopher and writer Michael Levin hit the proverbial nail on the head with his apt description of feminism. “Although feminism speaks the language of liberation, self-fulfillment, options and the removal of barriers,” he said, “these phrases invariably mean their opposites and disguise an agenda at variance with the ideals of a free society.” A free society, of course, means allowing people to live according to their values, yet feminists believe that they are the only ones who are entitled to that freedom. Israeli feminists have been particularly chauvinistic, and their strident attempts to hinder the growth of the chareidi community have become increasingly troubling.

With the number of chareidim seeking academic degrees rising steadily, the Council for Higher Education in Israel (Hamo’atzah L’haskalah Gevohah), known by its acronym Malag, has permitted colleges to offer gender-separate classes. But these chareidi-friendly policies have drawn fire from the left, particularly feminists who insist that separate classes are synonymous with segregation, and they have petitioned Israel’s Supreme Court to declare them unconstitutional.

To offset their efforts, the Kohelet Policy Forum, a Jerusalem-based conservative-libertarian think tank founded by my amicable visitor, American-born computer scientist and political activist Moshe Koppel, has filed a counter-petition in the Supreme Court to give the chareidim even more rights.

Heimish and Scholarly
“I don’t want to sound arrogant,” Moshe Koppel tells me with a buoyant smile when we meet in the lobby of the Jerusalem hotel where I am staying, “but in some sense we’re the brains of the Israeli right wing. Most of the things that go on in the Israeli right come out of our ‘beis midrash.’”

I ask him to describe the makeup of the group.

“We have about 70 people working at Kohelet, including many of the leading right-wing professors in the country.

All of which entails a lot of money.

“We are privately funded by American businesspeople who wish to remain anonymous,” he shares. “Most of them aren’t frum, but they’re very Jewish.”

“You’re dealing with a lot of complicated legal issues. Did you study law as well?” I ask him.
“No. I’m a professor of computer science. It’s easier for a mathematician to figure out legal and political matters than for a lawyer to figure out mathematics,” he says with a chuckle. “I got interested in the law for several reasons. In 2004 I volunteered to work with some MKs who I felt really understood many of Israel’s problems, especially the power that the courts have appropriated for themselves. I ended up being on a committee that was working on writing up a constitution, and I authored a chapter on what it means for Israel to be a Jewish state. That chapter ended up being nisgalgeil into the Nation-State Law.”

Moshe has taught in Bar-Ilan’s Department of Computer Science for over 30 years. For the past two years he has also been busy running two institutions in Yerushalayim: The Kohelet think-tank, and Dicta, an institute that develops computational linguistics for enhancing Torah study and making it easier.

Although perhaps best known for his research on authorship attribution, having applied his critical methods to prove that the Ben Ish Chai was the actual author of a sefer for which he did not take credit, Koppel has been active in numerous important political issues aside from his efforts to create a constitution for the State of Israel. He participated in meetings of the Knesset’s Constitution Committee under the chairmanship of Michael Eitan and prepared the drafts for its work on religion and state. A resident of the Israeli settlement of Efrat, he is an advocate for the concept that the power in Israel should lie in the Knesset, which he says represents the people, rather than in the courts and its bureaucracy, which in his words “is an entrenched left-wing establishment.”

Moshe is also a libertarian. “We think it’s best for everyone if the state doesn’t impose too many limitations and regulations on people and business. This is both from an economic standpoint—we think that free market is the way to go—and also the most consistent position when it comes to many other issues. We believe that Israel would be a more Jewish place if people respected the right of the individual to live as he wishes.”
Born and raised in New York, Moshe Koppel comes across as a heimishe guy. When I ask him if he comes from a Modern Orthodox home, he tells me that “in those days you didn’t really have to pick a team. My parents were heimish. It was a Yiddish-speaking home. My father hails from Gerrer chasidim, and I still wear a gartel.” His education was pretty traditional.

A Tribute: With Modesty and Majesty // Remembering Rav Pesach Eliyahu...