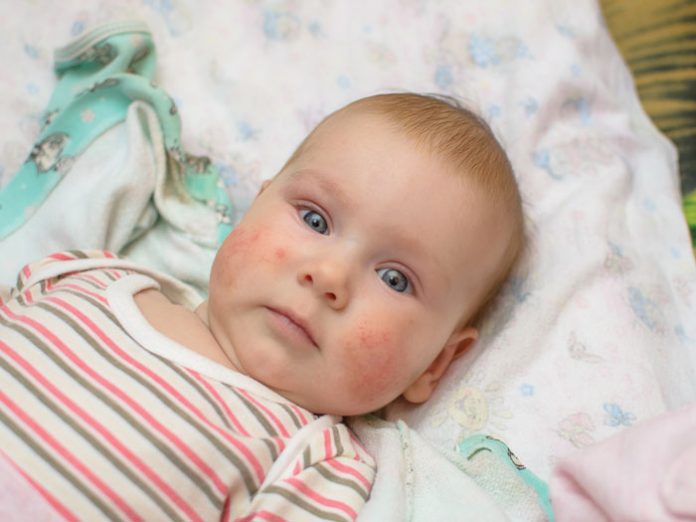 I was recently at work in my office when I got a call from the front desk. “There’s a couple here from Eretz Yisrael, a Rabbi and Mrs. Burstein,” our receptionist said. “They would like to see you. Can you see them now? They want to thank you personally.”

Thank me? For what? Our visitors turned out to be Rabbi and Mrs. Avraham and Shulamit Burstein, the founders of Kumi Uri, the organization that helps people with atopic dermatitis, more commonly known as eczema. A while back we had run a profile on Mrs. Shulamit Burstein in which we described the work she does and especially the special summer camp she runs in Switzerland for children suffering from all forms of eczema. In the article, Shulamit had discussed the value of using steroids as a treatment when necessary, and in response we received several letters challenging her stance. The Bursteins, visiting Brooklyn from Eretz Yisrael, had come to thank us for printing their response to the critique. While it’s always nice to be appreciated, it wasn’t necessary, because allowing different points of views to be aired—as long as they are within the parameters of halachah and good taste—is a courtesy we try to give.

I soon learned that the Bursteins are now on a mission to disseminate information and provide guidance to atopic dermatitis patients in America. One of the most important developments is a new medication called Dupixent that has radically changed the life of their 24-year-old daughter, the catalyst for Kumi Uri, for the good. In the course of our conversation we discussed the challenge of raising a child with atopic dermatitis, their work on behalf of these children, issues pertaining to adult sufferers, as well as this new groundbreaking medication.

Q: How old was your daughter when she began showing symptoms?
A: One month old. It started off with a small rash that continued to grow, and by the time she was four months old she was covered from head to toe. She also wasn’t eating well. That’s when she was hospitalized for the first time, and she was in and out of the hospital until she was nine months old.

Q: Why did she have to be hospitalized? Was her skin condition giving her infections?
A: Yes. Her skin had open wounds that became infected. She suffered a lot. She was very itchy and she couldn’t sleep; there was no day or night for her. I was holding her 24/7.

Q: What was the diagnosis you received when she was first hospitalized?
A: We were told she had an immune deficiency. She underwent many tests that also showed she had a high IGE, meaning that she was very allergic, but the doctors didn’t know how to deal with it. They gave her oral steroids, which helped for some time, but when she was nine months old—after three hospitalizations and nothing really changing—we started to look around for some other treatment and decided to try alternative methods.
A nutritionist gave her raw potato juice, but she had a terrible reaction. She had nonstop vomiting, and she was bringing up a lot of blood. Then we went to a dowser, who advised me to eat only buckwheat and meat (I was nursing at the time), but by the end of the week she was hospitalized with a blood infection. She’d lost so much protein that she was lethargic and in critical condition. I tried several other non-conventional treatments as well. We were living in Eretz Yisrael at the time, but we heard about a Chinese healer in England, so we went there to see her. Nothing worked. She was repeatedly hospitalized with infections and a high fever. Over the years we tried many different alternative methods, but we eventually gave up. However, because she got better treatment in the hospital in England than she’d gotten in Israel we decided to move there.

Q: In what way was the treatment better?
A: They used different types of creams and had a broader approach by which they were able to bring the infection under control. They also did a gastroanalysis and gave her something to coat the stomach, which allowed her to eat more and she started growing.
When she was three years old we heard about a place in Dallas that checks for environmental allergies. They tested her for almost 300 types of food and environmental triggers. We stayed there for three months, and they put us up in an environmentally clean house. After three months of living in that house she cleared up completely, even though her diet didn’t change at all.

Q: It was like she was living in a bubble.
A: Exactly.

Q: Is that when you realized it was an environmental thing and not a food thing?
A: It’s both. It’s a combination.

Q: How did they change her diet in Texas?
A: They mapped out all her allergies. She was found to be allergic to everything except sweet potatoes and olive oil. Of course she couldn’t subsist on only those two things, so they took all of her lower-level allergies and put her on a rotational diet, meaning that she could eat each of those foods once every four days. But it’s also complicated, because you can’t eat two foods from the same family on consecutive days. For example, if you eat chicken one day, you can’t eat turkey the next day. So day one could be chicken, the next day lamb, the third day turkey and the fourth day venison. The same applied to grain. One day she ate wheat, the next day rice and so on. They created the whole diet just for her and we followed it. 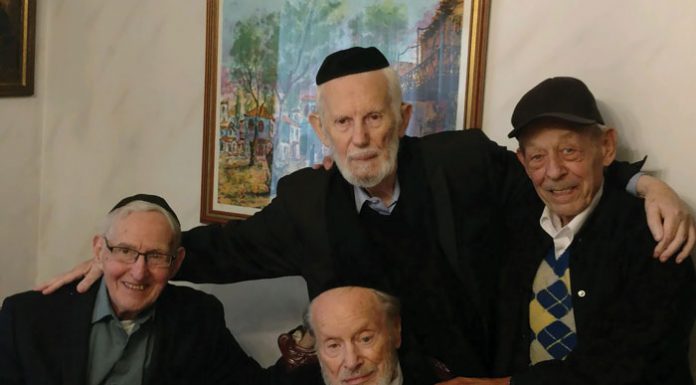