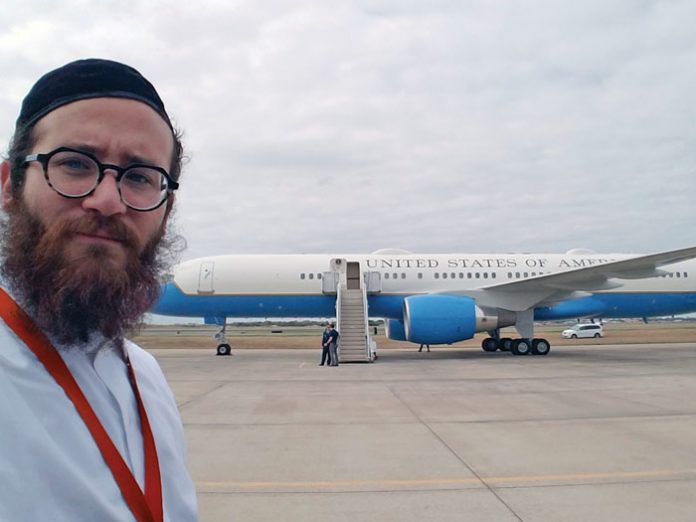 It turns out, there are no direct flights to McAllen from any airport up and down the East Coast (aside from the president’s flight departing from Joint Base Andrews). The only way for me to make it would be to book four flights within 18 hours. I figure it’s easier to take a direct flight to Mexico and then simply walk across the border into McAllen. In theory, though—as we go to print I haven’t actually tried this.

No sleep and two flights later, it’s all palm trees, sunshine and the Rio Grande from here on out. McAllen seems like a beautiful city. I’ll be honest. If I ever find myself on the opposite side of a border from McAllen and with nary a wall between us, I’d feel very much inclined to cross over.

Now, McAllen airport’s exit very inconveniently leads up to the McCreery Aviation Company at the farthest possible point from the entrance. There are no taxis in sight, and if the entrance to hangar 10 had any plans to turn around and start walking in my direction I was not made aware of them. With this in mind I begin the trek.

A few minutes into my journey I stumble upon an acquaintance, whom I’d like to give a big shout out to. The acquaintance? A sprained ankle. The big shout out had came from a source of pain. But I cannot feel sorry for myself. I hit the road out of revenge, and the road never knew what hit it. A trot that should have taken no longer than a half hour, now with a sprained ankle afoot, actually doesn’t end up taking much longer than a half hour to complete because I simply didn’t have the luxury of limping my way to the access point at hangar 10. I am the last individual to get onto the approved press line to pass through the Secret Service mobile security station.

From Near Tardy to Near Tarmac
We’re on the tarmac and the press is doing their (our) thing. Cameras, phones and note pads are in position. Over to my right, and facing the empty runway upon which the President of the United States is expected to arrive, a local reporter faces her camera and its corresponding crew, for a live bit about what’s about to take place. Being particularly familiar with many manners relating to both the president and the White House, I pick up on a few inaccuracies in her reporting. I see something, but I don’t say something. Let her audience members submit a letter to the appropriate editor, I figure. This isn’t any concern of mine.
The president still isn’t due to arrive for another hour, so I start filing my story. This story. At some point my ankle flares up again. I make sure to give him a mention and the pain subsides at once.

As my ankle and I lie in wait for the guest of honor, I notice a pair of green-clad border patrol agents beginning to set up barricades alongside the press area. Before long pre-approved folks begin trickling in. In time, the pen is filled with some 200 individuals, mostly comprised of border patrol agents, local law enforcement, and members of their respective families.

Air Force One arrives pretty much on schedule. But wait, it’s not the Air Force One we’ve come to know and love. This one is a smaller version of it. (The White House doesn’t provide a clear answer on why the smaller AF1 is in use today, but I hear two local reporters joke that: “I never really assumed our airport could handle the real Air Force One.”)

I see the 13 lucky members of the press corps emerge, they’re followed by Jared Kushner, Bill Shine, Dan Scavino and Sarah Sanders. I run through the numbers. This plane is smaller. So they should have fewer seats within. But then I concluded that those White House staffers who would’ve otherwise joined the trip if not for the shutdown must have offset whatever seats they were losing due to the size difference. 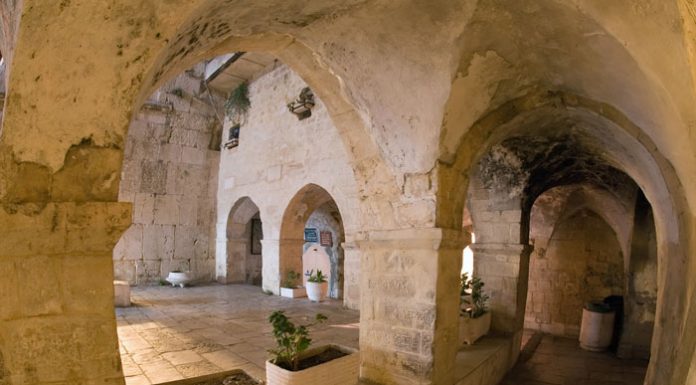 The Hidden Palace of the Chashmona’im // The Owner of a...