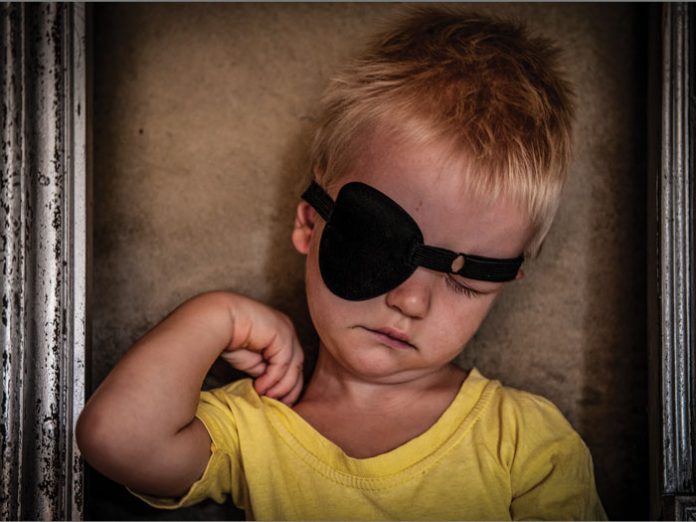 Please drop what you’re doing and daven for Mendy, the message I got from my aunt read. Mendel ben Chana. Daven that he doesn’t lose his eye.

Mendy was her son’s—my cousin’s—nine-year-old boy, and he had been perfectly fine when I had seen him just weeks earlier during our family’s Chanukah party.
Davening, I wrote back. What happened??

The day was Rosh Chodesh Adar, and Mendy’s schoolmates had transformed into a parade of characters—astronauts and pirates, soldiers and politicians with vaguely disturbing rubber faces, lions and tigers and bears, oh my, for the school’s annual Purim parade.
Clothes can make the man, which is perhaps why one child, dressed as an Indian, let his costume go to his head. He was no longer a lowly first-grader. He was a warrior! With a high-pitched war whoop, he sent plastic arrow after plastic arrow after his fleeing schoolmates. The arrows clattered harmlessly to the ground, where he stopped to retrieve them.

He then set his sights on Mendy, who had unfortunately dressed like a cowboy. The little warrior’s eyes lit up. He knew just how this should play out. “Ha!” he crowed. “Hey, cowboy! I’m gonna get you!”

“Go away,” Mendy had said. “I don’t want to play.” The miniature Indian was two grades younger than he was, so it was beneath his dignity to play with him.
The other boy wouldn’t let up. He took aim with his bow.

And the plastic arrow, which would have bounced off any other part of his body, annoying but harmless, struck in the one place that it could actually cause damage: directly in the eye.

Mendy cried out and covered his eye with his hands. When he wouldn’t stop yelling or uncover his eye so the school nurse could get a look at it, his parents and an ambulance were called. My cousin, Mendy’s father, arrived on the scene at the same time as the ambulance.

“Did you know right away that something was wrong?” I ask him before writing up this article, to make sure I get all the facts straight. “Did you know that the eye wasn’t just irritated?”

“No, because you think to yourself, it was a plastic arrow shot from a fake bow. How bad could it be?”

Pretty bad, it turned out, but they didn’t know that until later. The ambulance medics didn’t know how to proceed. Mendy refused to uncover his eye, even when his father tried to bribe him.

“The medics didn’t take it all that seriously either,” my cousin’s wife chimes in. “I’m pretty sure they thought he was being dramatic about it. I also don’t think the standard medic in an ambulance is knowledgeable about eye injuries and the proper procedure following one. In fact, they suggested, ‘Why shlep all the way to the hospital? Go to the local clinic and see what they say.’” 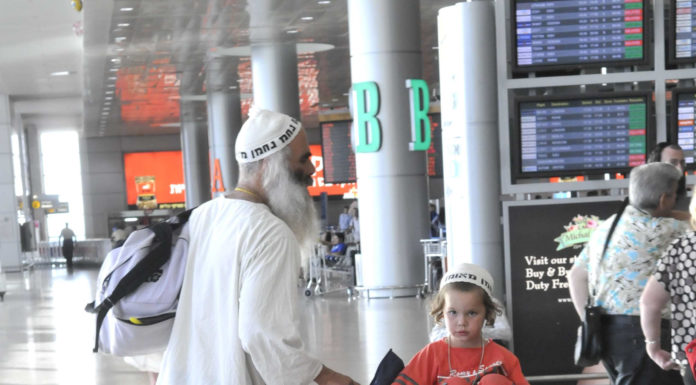 Never Give Up! // A conversation with Rav Shalom Arush about the situation in Uman

Dropping Off Mishloach Manos, the Mathematical Way // I have the...