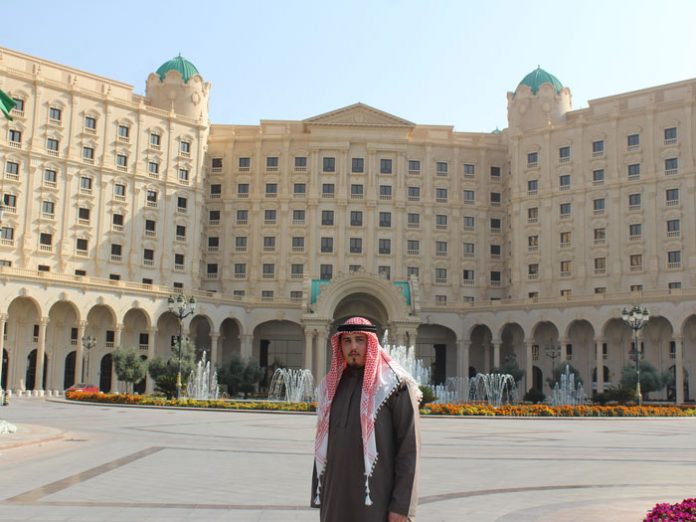 You can therefore probably imagine my shock when I heard, “All-hu Akbar” proclaimed over the P.A. system of the airplane on which I was seated. Surprisingly, all of the passengers aboard Saudia Airlines Flight 0264 from Istanbul to Riyadh sat calmly as the voice continued in thick Arabic for approximately 60 seconds. Without further ado, the plane then picked up speed and raced down the runway, taking off into the clear blue skies for the capital of Saudi Arabia.

If you’re thinking that my flight was hijacked, think again. This was a routine flight on Saudia Airlines, and absolutely nothing remarkable happened. If you’d still like to know why someone was yelling, “All-hu Akbar,” read on. I won’t keep you in suspense much longer.

There’s Nothing Better Than a Bad Idea
If there was one place I thought I’d never visit, it was definitely Saudi Arabia. Then, while catching up on the news on Motzaei Simchas Torah, I came across an article stating that long-awaited Saudi tourist visas were finally going to be issued. I immediately looked into the matter, figuring that this might finally be my chance to go there, and this is what I learned.

In an effort to entice potential tourists to visit the country, the Saudi government had established an agency called the General Sports Authority, which would organize monthly events in the country. The first such occasion would be a Formula E Grand Prix racing event, which would take place in December, in Ad Diriyah, an ancient village located just northwest of Riyadh that had served as the capital during the first Saudi dynasty.

Visitors from a large selection of countries interested in attending this event would be eligible for tourist visas, issued online without the need to visit any consulate or embassy. The visa would be valid for 30 days after arrival in Saudi Arabia, with no travel restrictions except for Mecca and Medina, which are off limits to non-Muslims. The visas were specifically for this event and would only be issued along with an admission ticket, and anyone receiving a visa would be free to explore (almost) the whole country.

There was only one catch. Visitors were required to be in Saudi Arabia on December 15, which just so happened to fall on a Shabbos. I try never to be away from home on Shabbos, and I’ve gone to great lengths to uphold this rule, but there was no way around this one. Since the race would be taking place on Shabbos, I figured I’d spend the holy day in Riyadh so I could head over to the racing site immediately after Shabbos ended and try to catch some of the action.

It was around then that the story of Jamal Khashoggi began to emerge. As more and more gruesome details of his killing made their way into the news, I began to question whether this was the right time to make such a trip. I’d been under the impression that Saudi Arabia was changing for the better, but this disturbing incident made it seem as though that was perhaps not the case.

When I mentioned my concerns, Rabbi Yitzchok Frankfurter made a very interesting observation. “There has never been a better time to visit Saudi Arabia, precisely because of the Khashoggi saga,” he said. “The eyes of the world are now on the Saudi regime, and the last thing they need now is another PR scandal on their hands. They’re going to be on their best behavior.”