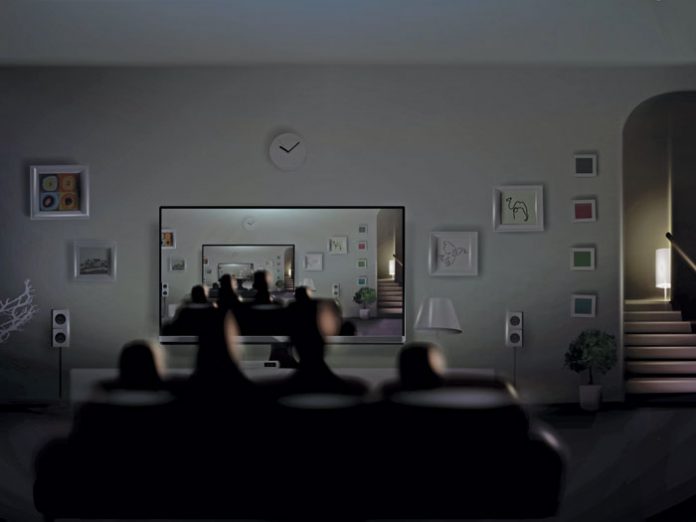 There was music in the background, soft but upbeat. Most of the food on the buffet was already gone. I refilled my plate with the last of the vegetables swimming in a puddle of dressing at the bottom of the salad bowl and returned to my seat beside my mother. She smiled briefly before turning back to my aunt on her other side.

The lights suddenly dimmed and I noticed someone in the back fiddling with a projector. It looked like my cousin Bracha, but it was hard to tell. The image of a small boy sprang to life in the empty white space in front of the small hall. He looked familiar—classic hooded Horowitz eyes beneath deeply arched brows—but I didn’t know his name.
“Happy fiftieth anniversary, Bubby and Zeidy. We love you soooo much!”

The image faded and blurred into another vaguely familiar face. “We hope you enjoy this video of all of us throughout the years!”

My mother reached over to squeeze my hand. There was a triumphant beat of music and then an image of a family gathering. Bubby and Zeidy sat at the head of a table, framed on either side by children and grandchildren. The images changed quickly. A wedding. A bar mitzvah. A Chanukah party. Interspersed between the pictures were bursts of footage. There was a video of camp visiting day, an end-of-year school party, an upsherin.

As the video played, squeals and bursts of laughter erupted from the corners of the room.

“That was Shira’s siddur party!”

I sat quietly, my hands in my lap, staring at the faces. Mine wouldn’t be on the screen, but I still waited for it. The video continued. Another wedding, kids running around a park, the interior of a home I’d never seen.

I looked down at the soggy lettuce on my plate, and something felt tight in the back of my throat. The heat of my mother’s hand burned into my skin.

I forced my eyes back to the faces I recognized, but just barely. The faces started to blend into each other, and suddenly it all felt like too much. I stood up, nearly knocking over my chair. I blinked to hold back tears, stumbling over and around tables, chairs and people’s feet. I pushed the door open and covered my face as I stepped into the brightness of the hallway. There was the sound of footsteps hurrying after me, but I didn’t dare turn around.

I ran down the narrow hallway, my heels clicking on the polished stone, and collapsed onto a bench in the empty coatroom. There, in the thick silence, surrounded by neat rows of fur, wool and down, I dropped my head into my hands and sobbed.

My early childhood is full of sweet memories. I remember sitting at the table coloring pictures with my brother, a plate of warm cookies nestled between us, waiting for my father to come home from work. He’d get back late in the evenings, long after dark. When I heard the door open, I’d run to him, my wet hair swinging against my shoulders. He’d stand in the foyer for a moment and I’d stop a few feet away, suddenly shy. My father was a successful lawyer, and his mere presence commanded a kind of respect and awe even among his own family. He’d glance at my little pajama-clad body squirming at the stairwell and beckon me closer. It was the only encouragement I needed. I’d run toward him and wrap my small arms around his legs.

Those were the easy, simple days. My feelings for my parents were uncomplicated. I loved them both deeply and looked up at them with star-struck eyes. They were the entirety of my world, my heroes. My mother was the source of comfort and nurture, and even though my father worked long hours, I felt his presence as a steady wall of stability and protection. 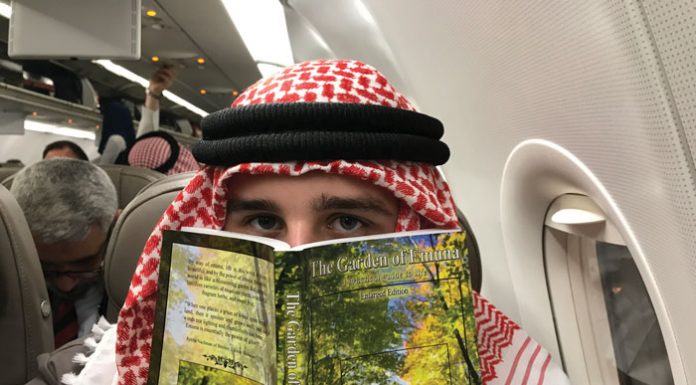 The Bull by the Horn // A Jewish writer confronts the...