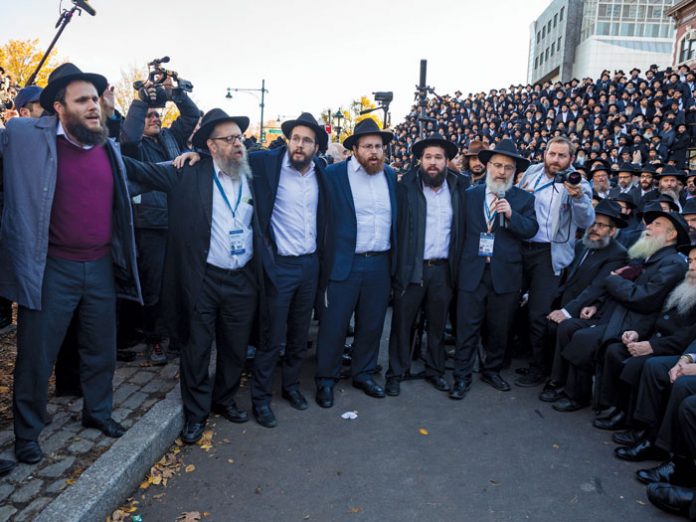 Every year, the Kinus Hashluchim of Chabad brings thousands of emissaries of the Chabad-Lubavitch chasidus back from all corners of the world to rejoice with one another in their shared avodas Hashem. This year, at the dinner of the 35th Kinus Hashluchim, which took place this past weekend at Rockland Community College in Suffern, New York, there was a large component of remembrance along with the rejoicing, as more than 5,600 shluchim and guests gathered together.
That was due in part to its proximity to the massacre in Pittsburgh, which lent an extra solemnity to the usual festivities. Rabbi Yehuda Krinsky, chairman of Merkos Linyonei Chinuch and Machne Israel, noted the work of shluchim in the aftermath of the attack, including that of the shluchim in Pittsburgh. In memory of those who were killed, Rabbi Yisroel Rosenfeld, executive director of Chabad of Greater Pittsburgh, publicly learned mishnayos.

The kinus also took place during the week of the tenth anniversary of the attack on the Chabad House in Mumbai that left klal Yisrael mourning Rabbi Gabi and Rivky Holtzberg, the shluchim there. They, too, were mentioned by Rabbi Kotlarsky, during the annual mention of those who had passed this year.

But the atmosphere was one of uplifting spirituality, as well. Rabbi Kotlarsky put forth the theme of this year’s kinus with a tale of a mission he himself carried out on behalf of the Lubavitcher Rebbe, who sent him to the island of Curaçao.

When he arrived and went to the local synagogue, he met a Jew whose son had been expelled from the local non-Jewish school. Rabbi Kotlarsky arranged for the boy to travel to New York and attend Camp Gan Israel. The father wrote a letter, thanking the Rebbe for caring about “a small Jew in Curaçao.”

In a letter back, the Rebbe stated: “I must, however, take exception to your referring to yourself as ‘a small Jew from Curaçao,’ …[T]here is no such thing as ‘a small Jew.’” 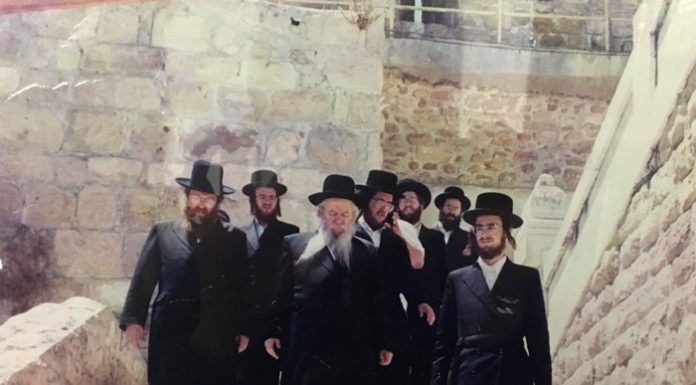 In Her Own Words: Rebbetzin Faigie Horowitz talks about her father, the Novominsker Rebbe, zt”l

A Fifth COVID Wave? // Or a political predicament… by...