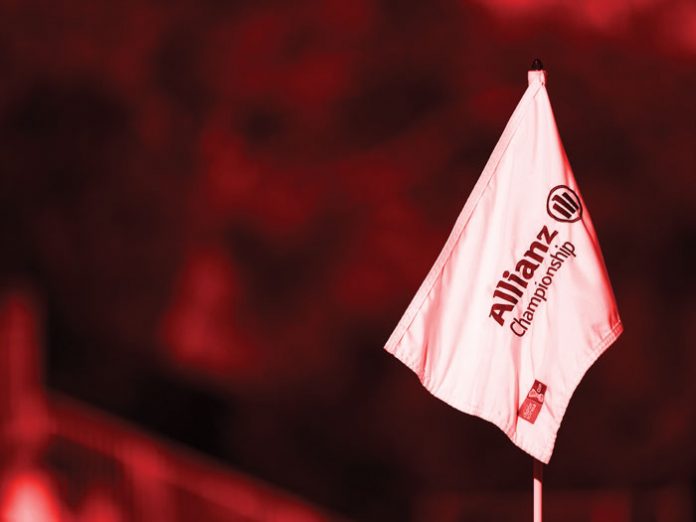 It was not a good day for picketing.
A steady rain was falling. The temperature was in the low 50s—positively frigid for South Florida. It was a day for curling up with a good book and a mug of steaming hot chocolate, or maybe a little indoor shuffleboard. Instead, several dozen elderly Holocaust survivors gathered in front of a magnificent golf course in Boca Raton, not to play a few rounds, but to demand justice.

It was the Allianz Championship, a prestigious PGA golf match which since 2007 has been sponsored, and named after, the German insurance conglomerate. World-class golfers compete for a $1.6-million purse. But the winning prize is a pittance compared to the several billion dollars that Allianz owes to Holocaust survivors whose families purchased their life insurance polices in the 1930s.

“Allianz knows that most of us are in our 80s and 90s,” said survivor Jack Rubin. “Thirty-five survivors pass away every single day. In a few years, there won’t be any of us left. Allianz seems to think it can just sit on that blood money, while time runs out on us.”

And so Rubin and his fellow-protesters came to the golf course, some with canes or walkers, some in wheelchairs, to cry out against an insurance giant that refused to pay what it owed, and then had stalled and stalled, seemingly trying to run out the clock. They came, in the rain, these bubbies and zeidies who had survived Auschwitz or Dachau, only to find themselves facing a new kind of victimization. They came to cry out, and to hope somebody would listen.

Remarkably, somebody did. Last year, after numerous protests by the survivors and their supporters, Allianz announced that it would no longer serve as the named sponsor of the PGA golf tournament.

An Allianz spokesman claimed the decision to withdraw from the golf event had nothing to do with the protests. But it seemed obvious to many observers that there was a connection. “It was a public relations black eye for Allianz every year,” Sam Dubbin, legal counsel for the Holocaust Survivors Foundation USA, told Ami. “They put up the money for the tournament in order to get some favorable publicity for their company, and instead every year, Holocaust survivors were reminding the world that Allianz has been cheating the survivors out of billions of dollars. No wonder they backed out.”

Finding Light after Loss // Two mothers, a generation apart, met under tragic circumstances and forged a connection that helps others

Malcolm Hoenlein Reflects on the Life and Death of Egyptian President...