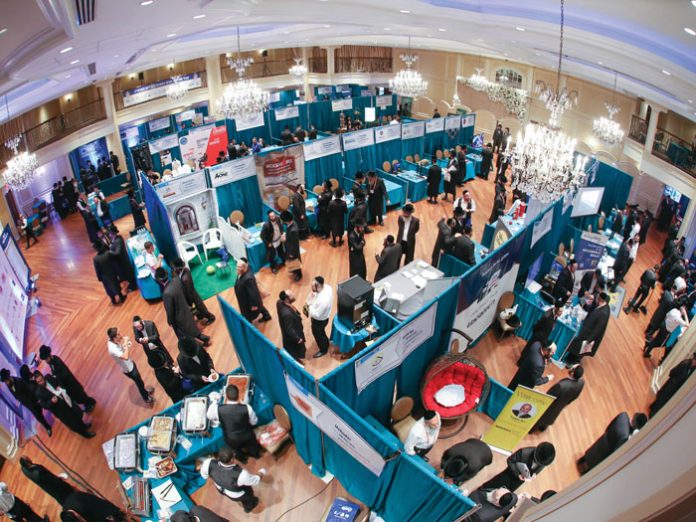 The trade fair is a staple of the Jewish or chasidishe story, with the merchant who heads off to Lublin or Leipzig for the fair a recurring figure.
But such fairs are not just a motif from the past. Trade and job fairs have flourished up to the present day. And they’ve even gotten a Jewish twist in recent years, with numerous expos targeting different industries and interests in the Jewish community, giving individuals new resources to make a living. And in recent years, a new trend has been spreading: job and business events that cater to and are run under the auspices of a chasidishe kehillah.

This past week, that trend gained a new milestone, 1,500 Belzer chasidim gathered in Tiferes Rivkah Hall in Boro Park to help each other launch, grow, and build parnasah opportunities. The endeavor was endorsed by the Belzer Rebbe, who sent a letter expressing his support.

The Belz expo was run by Rabbi Yitzchok Michel Moskowitz, menahel of Khal Machzikei Hadas. Rabbi Moskowitz heads the kehillah office in Boro Park, which, among many other things, also includes some job placement and training for Belzer yungeleit, as well as budgeting assistance. There are regular events run by the office that educate the community on various financial matters. A community expo focused on jobs and trade was a logical extension of that.

“At first the response to the expo was slow. People were hesitant to rent booths,” Rabbi Moskowitz said. “But as the event date got closer, we not only filled up the original 55 spaces we had planned for, but we added another 20 booths, bringing the total to 75 booths showcasing products or services.”

It could have been nail-biting.

“Whenever anyone comes up with a new idea or event no one wants to be the first,” Rabbi Moskowitz said. “You’re not going to want to take a booth if you’re afraid that it isn’t going to be successful. A few days before the event, people became excited for two reasons: One was the letter from the Rebbe. The other was because they saw that the oilam made reservations and it looked good. We had good PR and they chapped on it. Also, I know the people, so I wasn’t that nervous.”

This event followed the highly successful Bobov business expo held a year ago. Rabbi Moskowitz contacted the organizers of that event and modeled the Belzer business expo after it. Networking with members of the Bobov kehillah only made the Belzer expo stronger. “I was able to find out what had worked for them and what didn’t.” One point, for example, that he took away from the Bobov experience was that there were certain classes of businesses for which an expo didn’t make sense, such as grocery stores. “They essentially have a booth on the avenue already,” he said.
Askanim from Bobov attended the Belzer expo to see how Rabbi Moskowitz had built on their foundation and to gain experience from observing the way he had coordinated the event. 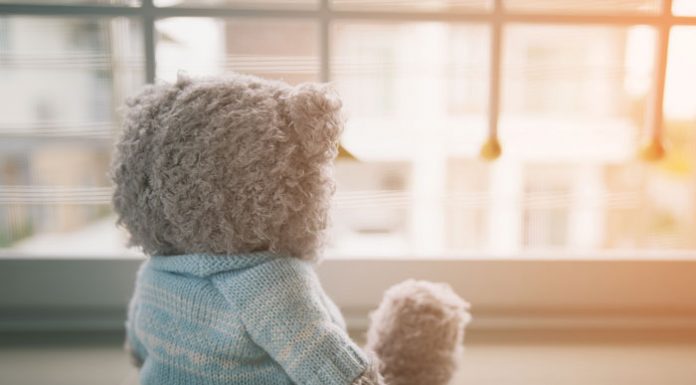 Layala’s Oil // After all available medications didn’t work, would it take a special diet to curb my daughter’s seizures?

A Visit To The Home of Rav Yitzchok & Rebbetzin...