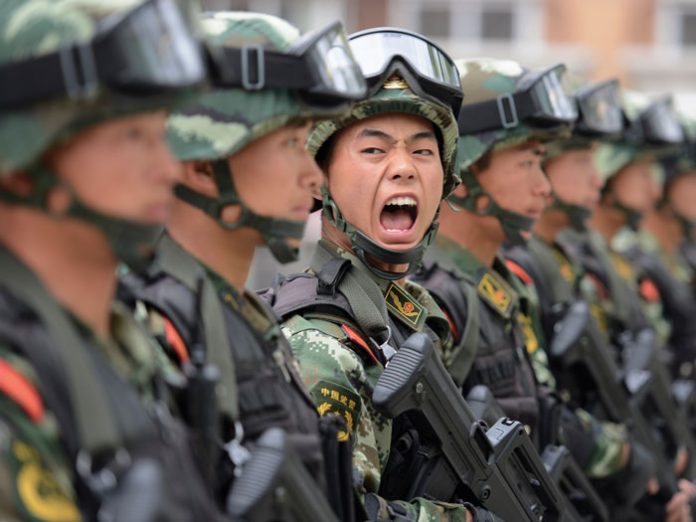 Westerners invariably describe the Chinese people as polite. But underneath that veneer of courtesy lies angry rage.

From time to time, the rage spills out in public. When the television screens at a Chinese airport carried live reports about a tsunami that was causing a nuclear catastrophe in Japan, the people in the airport erupted in cheers. A few Western businessmen were shocked that anyone would celebrate such a horrible human disaster.

“I was in China near Wuhan when news broke of the Fukushima earthquake and tsunami that killed thousands in Japan. When the announcer gave an estimated death toll, the large local crowd stood and cheered. My colleagues and I were a mix of European and American business executives and were stunned at the scene.

“I asked a good friend who shared that his mother happened to be from Wuhan and that she was a little girl when World War II broke out. He suggested that when I returned to my hotel that I research what happened in Wuhan during WWII under the Japanese and talk the next day.

“What I found was a volume of horrific retelling of a months-long conflict that pitted a ruthless invading Japanese war machine against hundreds of thousands of civilian refugees who had retreated to Wuhan as a last stand…. Emperor Hirohito personally signed orders to use chemical weapons against Chinese civilians and defenders in order to take Wuhan.”

“The truth sank in that these were not just Chinese celebrating the misery of a rival culture. These are people, many of whom have parents and family who lived through the atrocities of the most barbaric war practices in the 20th century. It’s one thing to resent stories of long-past offense by cultural adversaries, but quite another when 400,000 people were gassed, assaulted and murdered within the generational lifetime and immediate families of the audience.

“It was not just Wuhan either. It was everywhere the Japanese went.”
In China, millions of innocent civilians were simply shot to death. Many died cruelly under Japanese experiments with poison gas and biological weapons, including plague. Hundreds of millions were forced into slavery and often suffered death through starvation.

Japanese citizens today are shocked and protest that this could not possibly be true. In fact, the brutal history is set forth in the last chapter of Japanese textbooks. Somehow, the school term always ends before the students reach that chapter. The generation of Japanese who fought in World War II have kept their children and grandchildren in willful ignorance of their crimes. Most Japanese do not have a clue why the young Chinese are still so angry over something that happened to the previous generation. Perhaps because there has been no closure.

Beating Procrastination // Experts Explain the Psychological Reasons Why You Can’t...