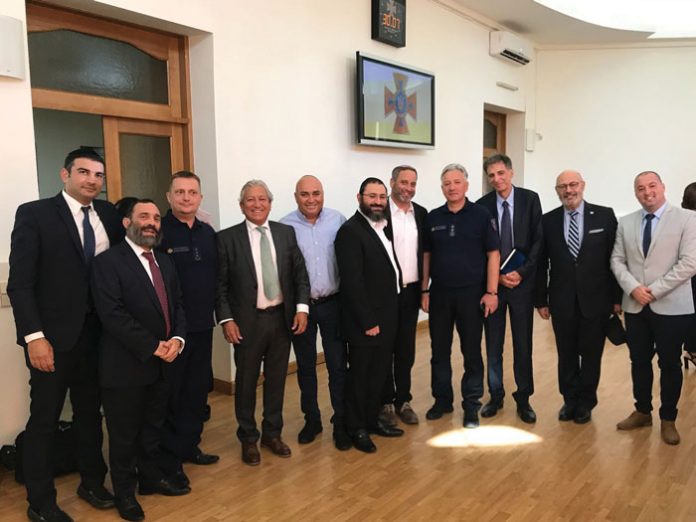 Are you going to Uman for Rosh Hashanah? For a number of years, that’s been a common question this time of year.

But with tens of thousands of Jews heading to the Ukrainian town every year, the question of safety has only increased. A recent meeting between Israeli government representatives, Jewish organization heads, and officials of the Ukrainian government was convened to discuss the arrangements for the events in Uman.

Ami spoke with one of the attendees at the meeting, Dovi Maisel, vice president for operations at United Hatzalah. Dovi traveled to Uman with the official Israeli government delegation.

“The Israeli government is sort of taking an official/unofficial part in helping with securing the event,” he told us. “They’re working with the Ukrainian government to make sure that the whole kinus goes well, and that if, chas v’shalom, something happens, there’s full coordination in place, as the countries are very friendly with each other. This happens to be the biggest pilgrimage, for lack of a better term, of Jews going to a foreign country.

“They estimate that this year there will be about 60,000 people, although not all from Israel, of course. A good part of that will be coming from the US, as well.”
He said that there was a wide representation from Israeli officials.

“I can say that the delegation consisted of people from the Defense Ministry, the Interior Ministry and the police—there is going to be an official delegation of 20 policemen who will be on the ground working in full coordination with the Ukrainian police.

“There were two purposes—the security coordination and the medical coordination—and there’s also municipal support. With Uman being a small town, it isn’t easy for them to deal with their population doubling for the week of Rosh Hashanah.

Extolling the Virtues of Shavuos & Yiddishkeit // An Inspiring Visit...