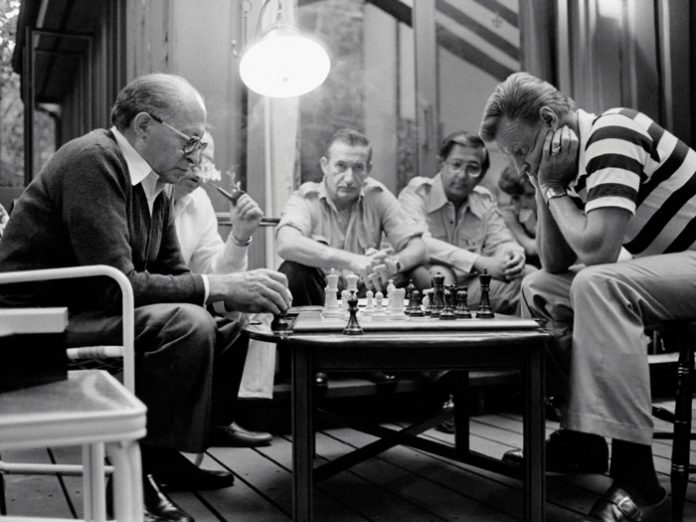 The game of chess was invented in Persia, but now it may be the Israelis who are the real grandmasters when it comes to the game of international intrigue. When the Israelis look at Syria, they see the whole chessboard.

The Israelis knew early on that Russian airpower would be what would turn the tide in favor of the Assad dictatorship and against the factionalized rebel forces, who could not agree on anything except that they hated the neighboring faction more than they hated Assad.

Oh, the Saudis and the CIA gave it a try. The CIA set up training bases in Jordan and Bulgaria for the Syrian rebels. Yes, Bulgaria. We even had a few of the old CIA-trained rebels capturing ISIS fighters trying to escape from southern Syria.

The Saudis poured millions into pro-Sunni factions in Syria, including a few hundred al-Qaeda supporters. The CIA looked the other way while the money changed hands. It was all for the greater good, they thought. What the CIA, al-Qaeda and the Saudis had in common was that Shiites had to be driven out of Syria, especially the pro-Iranian Shiites who had been commanded by the ayatollah to emigrate to Syria in defense of Assad.

For a while it looked as if one Shiite dictator, the ayatollah of Iran, was successfully supporting Assad, while another Alawite “honorary Shiite” dictator (Assad) was working on a good old-fashioned round of ethnic cleansing of the Sunnis. Shiite settlers were imported to Syria from Lebanon, Iraq and Iran, always bringing their Iranian-trained paramilitary forces with them to “protect” them from retaliation by the evicted Sunnis.

Now, ethnic cleansing is defined as “the forcible deportation of any group on account of their race, religion or ethnic background.” By any definition, it is a war crime. Deportation at gunpoint is the kind of war crime that dictators often think they can get away with. “Who remembers the Armenians?” shouted Hitler over dinner.

Ethnic cleansing is what the extremist Shiites of Iran, called “the Twelvers,” want to do to the Sunnis of the Middle East. Many if not most Shiites are ethnically Persian; most Sunnis are Arabs. Historically, the Persians of Iran have looked upon the Arabs as uneducated barbarians who do not deserve to live. To the Iranians, it is a religiously mandated genocide. All of the ethnic and religious minorities in Syria (the Kurds, the Yazidis, the Christians, the Druze) are also targets of the bigots with bullets.

The Iranian moderates have not been willing to rise up against the cult that has taken over their country. But, more and more Iranians are taking to the streets to protest the waste of money spent on wars in Syria while some Iranian cities do not even have enough water for their own citizens to drink.

Nearly everyone still alive in Syria agrees with the Iranian protestors. By and large the Syrians of every denomination hate the invaders from the Lebanese Hezbollah and the Shiite militias of Iran and Iraq. As a result, the civilians in Syria are constantly informing on Shiite troop movements to the CIA, the Saudis and of course, the Israelis:

“For years, Israel has been waging a quiet campaign against Iranian interests in the country. That campaign came to light and began stepping up considerably in February, when an Iranian drone carrying explosives briefly entered Israeli airspace, before it was shot down. Simultaneously, Israel launched a counterattack on the T-4 air base, hitting the mobile command center from which the drone had been piloted.”

According to social media intercepts from the Syrian Army at the T-4 Air Base, the drone command vehicle (or UCAV) was actually run by the Iranian Revolutionary Guard Corps, the IRGC: This T-4 airbase was actually an Iranian air base inside Syria from which they could launch strikes at Israel from far outside the “deconfliction zone.” This was the 40-kilometer buffer zone established as part of the 1974 Syrian-Israeli cease fire. The T-4 base is guarded by rings of radar-guided Russian missiles that overwhelmed the usually capable Israeli jammers:

“During the aerial bombardment, an Israeli F-16 was shot down by a Syrian S-200 anti-aircraft missile, prompting the Israelis to launch a second round of strikes, this time against Syria’s air defenses. In April, Israel attacked the base again in order to destroy a recently delivered Iranian advanced anti-aircraft system, killing at least seven members of Iran’s IRGC, including a senior officer, according to Israeli military officials. Iran immediately vowed revenge, and the Israeli military has set out to thwart those attempts at reprisal by targeting Iranian weapons systems in Syria, in an effort dubbed ‘Operation Chess.’”

Now it should be clear that Iran is not aiming at driving ISIS out of Syria. ISIS does not have an air force. Then whom are the Iranian anti-aircraft missiles aimed at? Israel, of course. If ISIS is the target, why does Iran have medium-range ballistic missiles in Syria that have the range to reach anywhere in Israel? Netanyahu is not a fool. Neither is Putin. Putin knew that the growing Shiite population in Syria was an inevitable threat to his Syrian puppet, Assad. Assad’s father gave Russia its only warm water naval port and Putin wants to keep it. The Shiite militias greatly outnumber the Alawite soldiers in the Syrian Army. Simple math made the decision for Moscow.

The Schottenstein Edition of Shas // A conversation with the renowned...