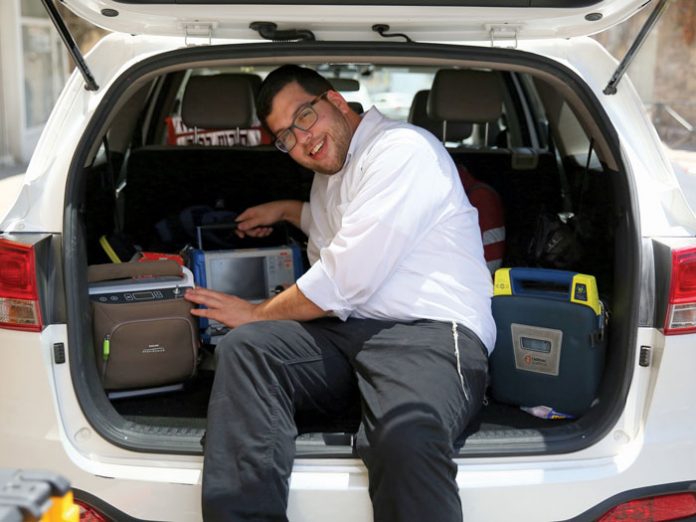 “Rabbi Chama, son of Rabbi Chanina, said: What does the Torah mean when it says, ‘You shall walk after Hashem your G-d?’ [Devarim 13:5] Can a person walk in the trail of the Shechinah? Has it not been said, ‘For the L-rd your G-d is a devouring fire’? Rather, it means that you should emulate His ways. Just as He clothed the naked, as it states, ‘And G-d made garments of skin for Adam and his wife and clothed them,’ so shall you clothe the naked. Just as the Holy One, Blessed be He, visited the sick, as it is written, ‘And G-d appeared before Avraham [after his circumcision],’ so shall you visit the sick. Just as the Holy One, Blessed be He, comforted mourners, as it states, ‘And it came to pass after the death of Avraham, that G-d blessed Yitzchak his son,’ so too shall you also comfort mourners. Just as the Holy One, Blessed be He, buried the dead, as it is written, ‘And He buried him in the valley,’ so too shall you bury the dead” (Sotah 14a).

Moti Glustein, who is visiting me today in my office, is young, energetic and fluent in both Hebrew and English. He describes himself to me as the go-to guy for anyone who needs anything medically-related in Eretz Yisrael. Having become familiar with emergency protocols after volunteering as a teen, he later worked in various departments in several Israeli hospitals, thereby giving him the opportunity to build lifelong relationships and connections to the best medical professionals in the country. Today he serves as the CEO of the company he founded, Medical Services General Network, which is known in Israel as MSG Sheirut Refui, or MSG in short.

Moti started MSG a few years ago when he realized how difficult the Israeli medical bureaucracy was to navigate for most English-speaking people, whether families, yeshivah bachurim or seminary girls. “They get lost not only in the rules and regulations, which can mean something as simple as requiring help with filling out paperwork, but also finding doctors and specialists if they get sick.”

Moti, who hails from a highly esteemed rabbinic family, credits his upbringing for his involvement in the medical field.

“My father, whose father-in-law Rav Beinush Finkel, zt”l, was a rosh yeshivah in the Mir in Yerushlayim, is a ram in Mirrer Yeshivah. Anyone who ever learned there can tell you that he is one of the gedolei hador. It was not for nothing that Rav Beinush chose him as a son-in-law. Rav Beinush selected all of his sons-in-law very carefully, including my uncle, the late Mirrer rosh yeshivah, Rav Nosson Tzvi Finkel.

“While my father supported my volunteerism, my interest in helping people in this way really started with my maternal grandmother, Rav Beinush Finkel’s rebbetzin, who incidentally was the sister of Rav Chaim Greineman and the daughter of Rav Shmuel Greineman. She was the first medical askanit and was actually responsible for starting the whole phenomenon, calling the various doctors and hospitals on behalf of people who needed medical care in order to get things moving. My grandfather, Rav Beinush, was a very sharp person. One time, when my grandmother was supposed to go meet with some doctor, he told her not to. “Don’t go to him in person. Talk to him only over the phone, because the minute he sees you he’ll underestimate your strength. As long as he doesn’t know what you look like, he’ll think of you as a powerful person.’

“In fact, most doctors never got to meet her, but they respected her very much. She was truly a great woman, and her concern for others was limitless. Each time someone called for help she’d ask for his name and his mother’s name so she could daven for him every day. Rav Beinush passed away at a relatively young age, leaving her an almanah. I used to sleep over in her house very often so she wouldn’t be alone. Whenever I stayed there I was sort of like her secretary, answering the phone, making lists and listening to her talk to all the doctors. It was a great zechut to be able to help her and watch how she did things behind the scenes. That’s really where I received my chinuch. When I was a little older—around 15 or 16—I started volunteering in hospitals in Yerushalayim between sedarim and during breaks.”

“For yeshivah ketanah I attended Mishkan Yisrael and Keser Torah, and for yeshivah gedolah I learned in Beis Shmuel by Rav Ehrenfeld. When the other bachurim went out to play, I was using my free time to help out in hospitals. I was still pretty young and my father was concerned about me hanging around hospitals and seeing such things, so we went to Rav Michel Yehudah Lefkowitz to ask if it was appropriate. He thought about it and then said, “Gut, zol er zein azoy vi zein zaide. Vu keener iz nisht geven, dorten iz er geven—Good. He should be like his grandfather, going where no one else dared to go.”

“In other words, he wasn’t encouraging me to do it for the accolades, but when it came to things like bringing food to someone who was unfortunately stuck in an emergency room and was all alone, I should strive to fill that void. I really took his words to heart, and that’s what I’ve always tried to do—those things that no one else wants to. Anyway, that’s how my interest in helping the sick began.”

Experience in Acts of Kindness

“Thirty-one. I started at 15, so we’re talking about 16 years of doing this, including five years at Shaare Zedek working side-by-side with doctors and medical professionals. Later on I got into medical supplies, and I’m still a volunteer for Magen David Adom. As a paramedic and someone who was familiar with these things, the English-speaking bachurim used to always come to me with their questions, and it only emphasized how lost they were. All of which led me to start this organization 13 years ago in order to do something about it.

“One of the things I’ve learned over the years is that everyone likes to pass the buck. The general practitioners send everyone to the hospital, and in the hospital they send the patient from one doctor to the next. There’s also the problem of not managing the cases properly. For example, if someone has an orthopedic problem he’ll go to a regular doctor, who sends him to an orthopedist, who then sends him for X-rays and imaging and tells him to come back when he has the results. The process can end up taking months! I try to make sure that the person goes directly for an MRI and then straight to the orthopedist, so he can make whatever decisions are necessary as soon as possible. A person might still have to wait for a week to be seen, but at least he’ll get an answer at the end of that time and he won’t have to wait even longer. Knowing what’s needed in each case and which tools and tests are necessary is one of the most important things. 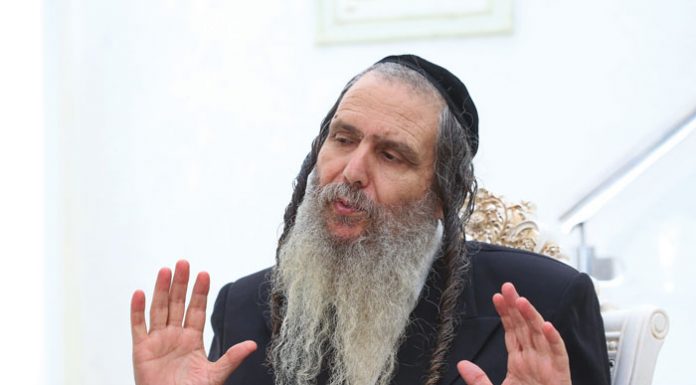 A visit with the renowned mashpia Rav Shalom Arush, shlita

The Road To Truth // How one man escaped Scientology and...

Drawing the Line // The Threat to Jewish Education ...